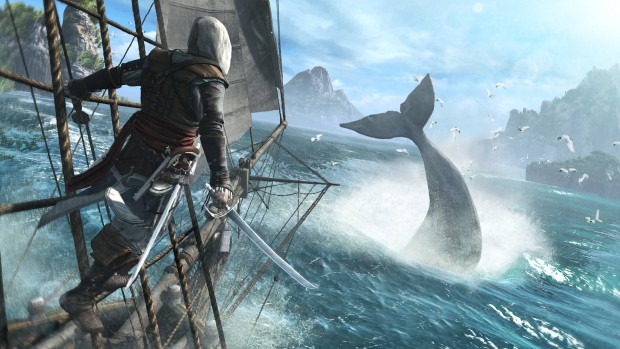 After the disappointment that was Assassin’s Creed III, I thought I was completely done with the series. Not that I thought the fourth entry would end up being bad, just that I was burnt out, that they’d wrung out every drop of enjoyment that I could find from hiding in haystacks and stabbing dudes. Then I saw some gameplay footage at E3 for Assassin’s Creed IV: Black Flag, and my excitement was rejuvenated. This game looks like it’s a fully interactive, action-adventure version of Sid Meier’s Pirates! — and I can’t wait to find out more. Luckily, Ubisoft has sent us this fourteen minute video preview, showing us exactly how we’re going to sail the high seas, board ships, dig for treasure, and explore a seamlessly giant open world. Check it out after the break, and be sure to look for Asssassin’s Creed IV: Black Flag on Xbox 360, PlayStation 3, and Wii U on October 29th, and next-gen consoles and PC at a later date.