Independent developer Vector Hat recently announced that it will release a recreated PC version of the 1978 classic Byte Driver, which will be available on May 28. The game will task players with hacking other cars in order to get upgrades for their own, and will also include a new soundtrack from independent artist Rainbow Kitten.

Byte Driver is a hybrid bottom-up shooter / racer. Players gain fuel, upgrades, and weapons for their car by hacking the other nearby cars.

Byte Driver was the only arcade cabinet produced by After Kinematic, a Japanese technology firm that disappeared in the early 1980’s. Within a year of its 1978 release, the game was a major hit in arcades. Byte Driver cabinets used an oscilloscope projected onto a raster screen, which gave it a very unique look. However, these displays were notoriously failure prone and difficult to repair. Most Byte Driver units were out of service by the 80s. There are no known functional Byte Driver cabinets in the world today. 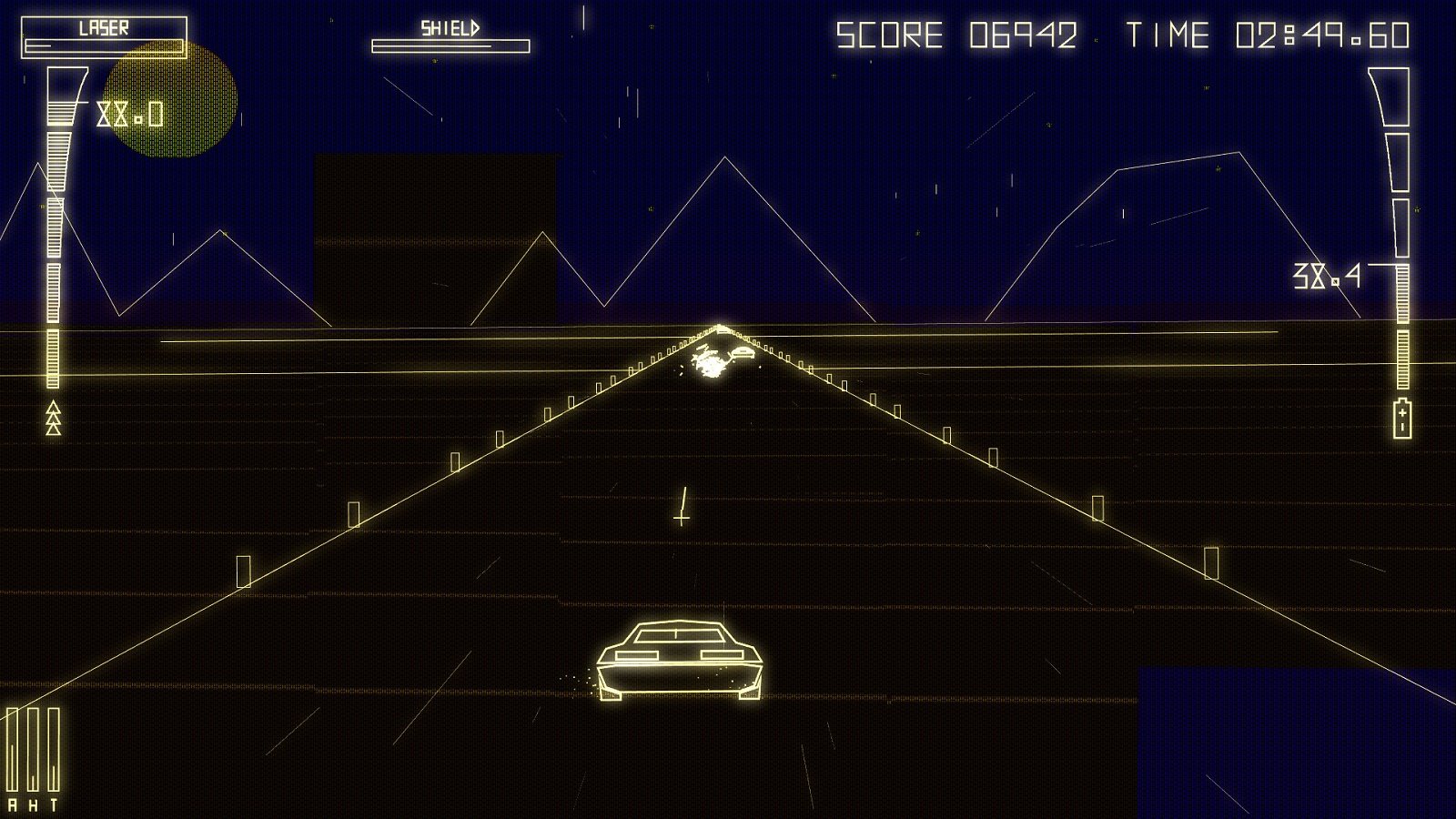 Vector Hat has produced a faithful recreation of Byte Driver that runs on modern PC, Mac, and Linux computers. The projected oscilloscope over raster display has been faithfully reproduced right down to the last glitch. The original sound effects have been recreated as well. Added to the home version is an all new synthwave soundtrack from psycho-acoustic artist Rainbow Kitten, best known for the Orion Trail soundtrack. The Steam version also features achievements and an online leaderboard.