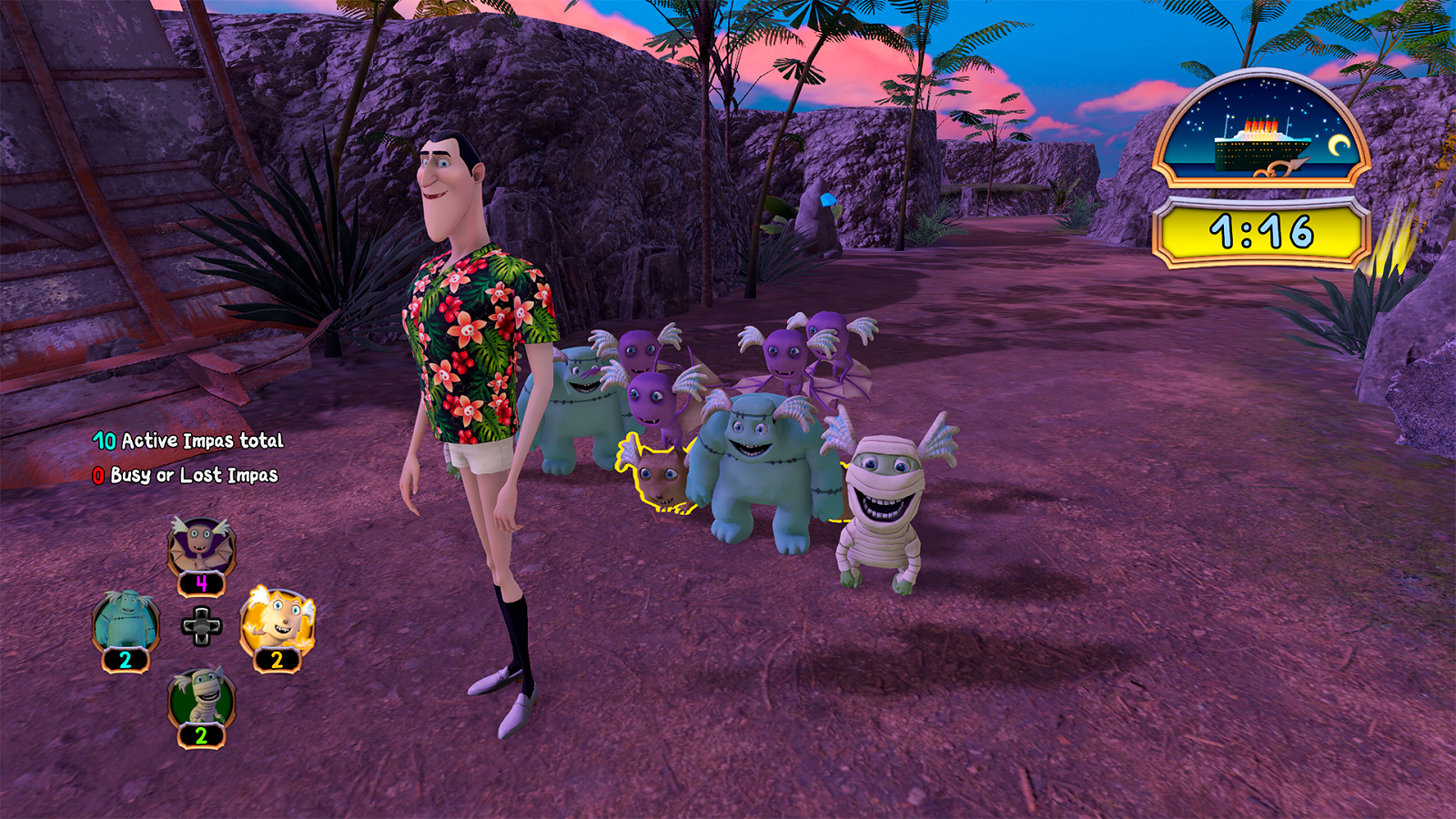 Today, Outright Games announced that it will release its newest title, a tie-in to the upcoming Hotel Transylvania movie on July 10. Hotel Transylvania 3: Monsters Overboard will be released on PlayStation 4, Xbox One, Nintendo Switch, and PC, and will complement the film’s zany plot and antics, featuring characters from the film.

A mysterious storm has left Dracula, Mavis and the gang washed up on the legendary Lost Islands. Only you, with help from a lovable crew of little creatures called the Impa, can reunite Drac’s Pack! Lead your Impa team on daring missions to save missing monsters Frankenstein, Murray the mummy, and Wayne the werewolf. As you discover new varieties of Impa, including Frankenimpa, Wolfimpa and more, you’ll use their scary skills to battle dangerous enemies, collect secret treasures and save the day, in a hilarious new adventure that continues the story of Sony Pictures Animation’s Hotel Transylvania 3: Summer Vacation. But hurry – the lives of Dracula’s family and friends are at stake!