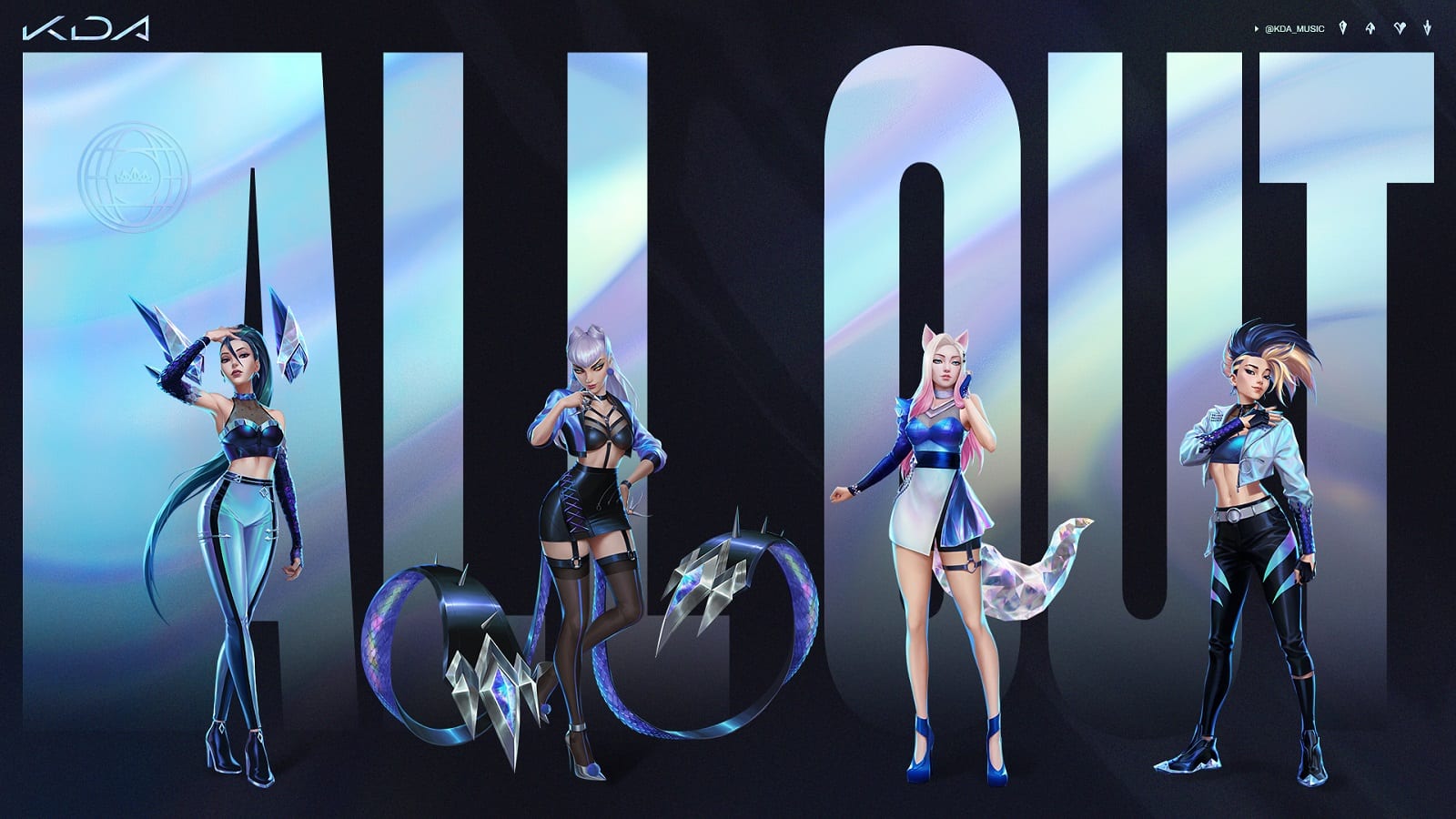 Move over Hatsune Miku, K/DA’s taking the stage as the League of Legends virtual group has announced that a new EP, ALL OUT, will be released on November 6. The game/music group fusion grew to fame in 2018 with POP/STARS and will be sure to dazzle players soon.

Today, virtual music supergroup K/DA revealed key details and new assets for their upcoming EP, which is titled ALL OUT. 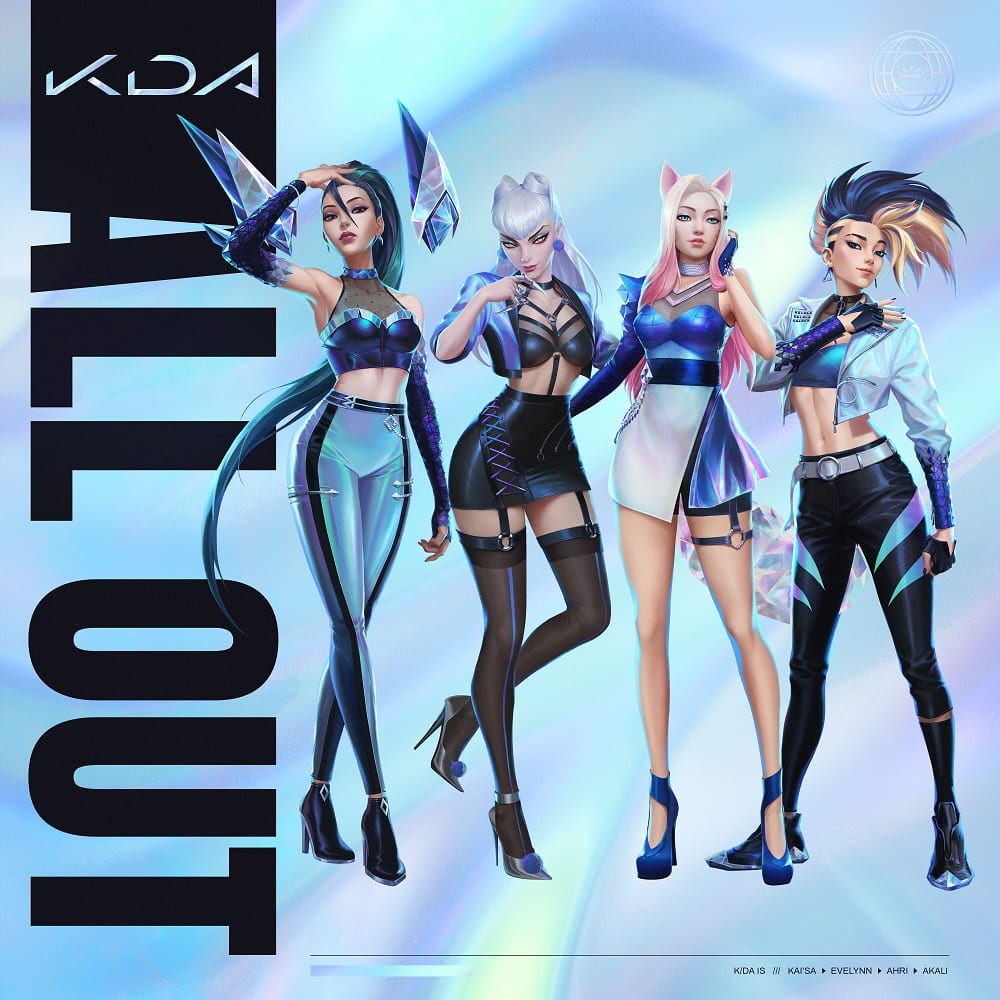 K/DA, comprised of Ahri, Kai’Sa, Akali, and Evelynn, became a mainstream sensation in 2018, with their debut single “POP/STARS” reaching the top of iTunes (#1 K-Pop Chart, #2 Pop Chart), Billboard (#1 World Digital), and 170M+ DSP streams. Its music video has reached 340M+ views to-date, making it the most successful debut for a K-Pop group in YouTube history. “THE BADDEST” has also reached #1 on Billboard’s World Digital Sales Charts during the week of September 12 and has reached over 20M views on YouTube since its release.