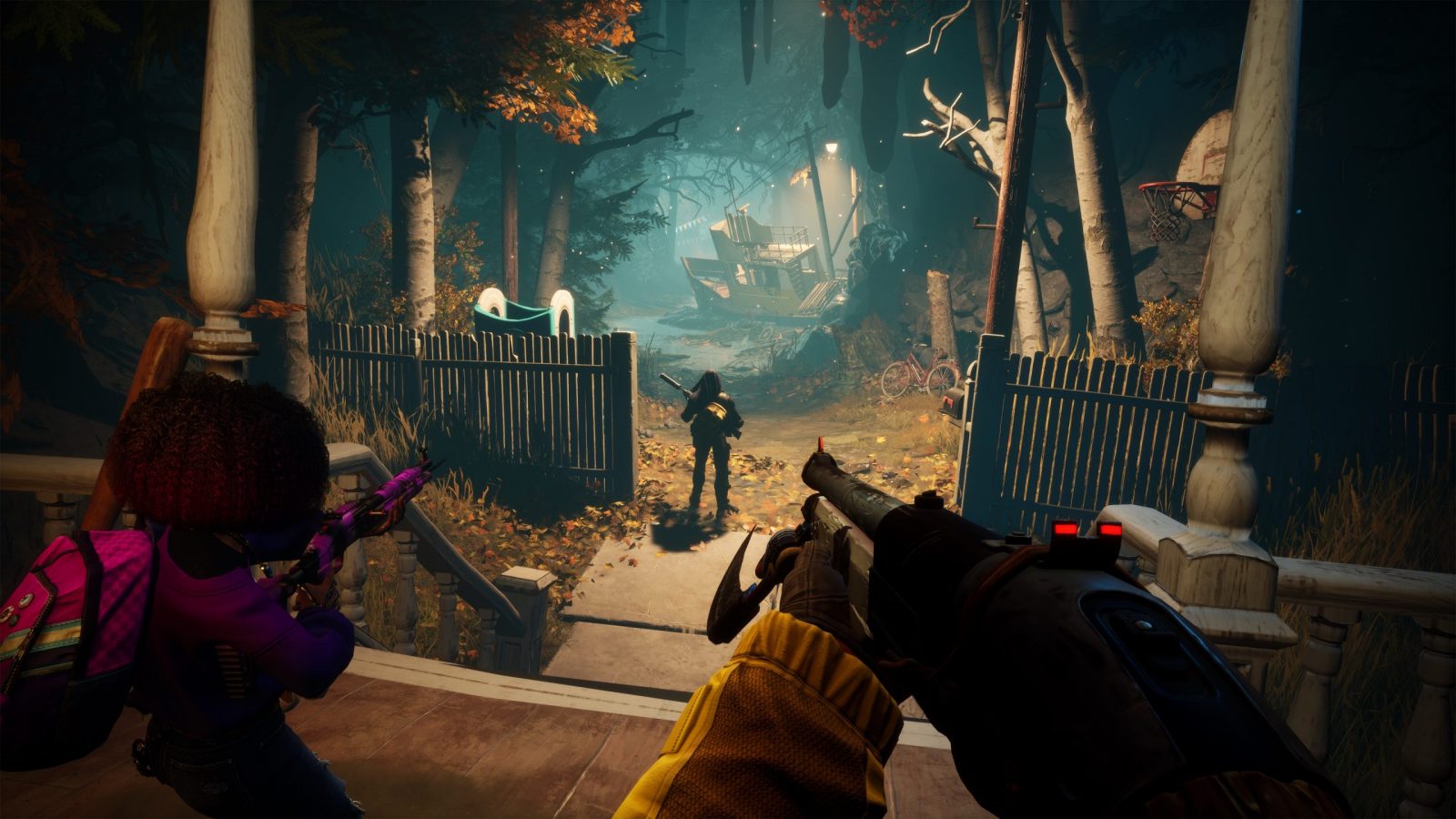 We all can have a bit of ADHD nowadays, and while awesome you may have missed a few details during the breakdown trailer for Redfall at the Xbox & Bethesda showcase. Fear not, because Arkane has dropped a fantastic little summarized trailer that tops out under 2 minutes for all of you who have the attention span of a Tiktok. Check it out below, along with a little more information on the game!

TOP THINGS YOU NEED TO KNOW ABOUT REDFALL
Redfall has everything you could want from a cooperative, story-driven FPS experience, plus everything Arkane fans have come to expect from the studio. An open world packed with mystery, a diverse roster of heroes to choose from, strategic combat that will keep you on your toes, painstakingly crafted environments, a rich narrative driving you through the world, a wide array of weapons… and vampires. A lot of vampires. Sneaky vampires that grab you and separate you from your team. Hulking vampires capable of tearing you and your team to pieces. Godlike vampires powerful enough to eclipse the sun. Arkane vampires. 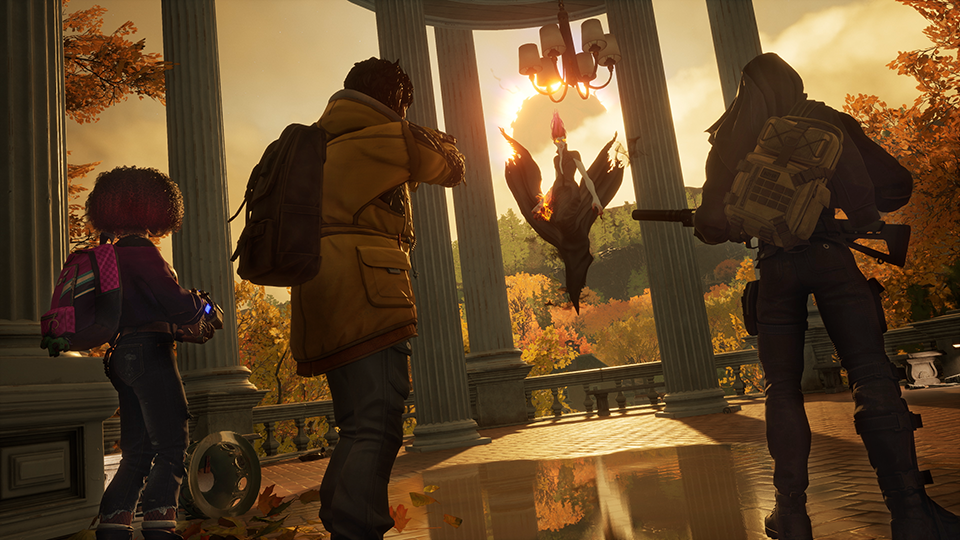 You got a small glimpse of what Redfall has to offer in the gameplay reveal, but here’s a breakdown of everything you need to know about Redfall with some extra details from the team at Arkane Austin.
YOU DECIDE THE KIND OF HERO YOU WANT TO BE
From Layla’s extraordinary telekinetic abilities and Jacob’s otherworldly eye to Remi’s adorable-yet-lethal robotic companion and Dev’s crafty cryptid-hunting gear, Redfall offers an array of different hero types. 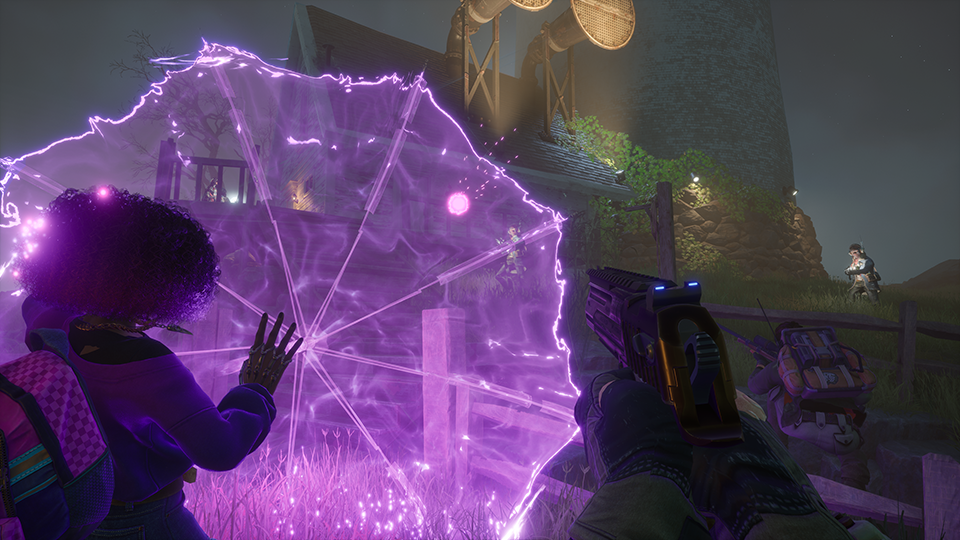 Upgrade your hero’s abilities to make them even more devastating and test out a variety of playstyles and loadouts as you fight to save Redfall. You always have the option to switch things up and try something new.
GO IT ALONE OR TEAM UP WITH FRIENDS
Go solo for a stealthier, more exploratory experience, or team up with up to three other players for some friendly vampire-hunting. “A huge emphasis for Redfall has been the solo experience, in keeping with Arkane’s passions,” explains Studio/Creative Director Harvey Smith. “Redfall is an open world game, but it can be soloed with any of the heroes. The pace becomes more exploratory; you can use recon and stealth to gather info on encounters and avoid enemies or get the drop on them.”
Whereas playing solo forces you to rely solely on yourself, forming a squad allows you to combine strengths with other players and test out strategies only available when you’re part of a team. And, of course, you can change things up at any time. With a seamless blend of single- and multiplayer, Redfall gives you the freedom to play with whoever you want. How you choose to face the darkness is up to you.
REDFALL USED TO BE SUCH A NICE PLACE
The quaint streets of Redfall are recognizable – from the once-bustling downtown and the fairgrounds to the seaside boardwalk and beyond – but things have really gone downhill since the vampires took over and tourism has hit an all-time low. Arkane loves to blend the familiar with the extraordinary when it comes to their worlds, and Redfall is no exception. The master level designers behind the alien-infested art deco beauty of Prey’s Talos I space station have brought their careful touch to the studio’s most modern setting ever, creating a rich, immersive world for players to get lost in.
THESE AREN’T YOUR TYPICAL BLOODSUCKERS
“Our vampires are not some aspirational fantasy,” says Smith. “They’re predatory monsters who feed on the vulnerable to make themselves more powerful.”
The vampires of Redfall have pushed the water away from the island and blocked out the sun, turning the once-peaceful town into their own personal playground. Created by science experiments gone horribly wrong (or horribly right, if you’re one of the vampires) and gifted with powerful psychic abilities, Redfall’s vampires aren’t like anything you’ve ever seen before.
These creatures of the night even have their own hierarchy – a ladder of power that starts with your “standard” minions and climbs all the way up to… well, you’ll see. Each rung up the ladder is cleverer and more dangerous than the last, meaning you’ll need to get creative when facing them. It’s not always wise to just rush in without knowing what’s waiting around the corner.
IT’S NOT JUST THE VAMPIRES YOU NEED TO WORRY ABOUT
Vamps aren’t the only threat you’ll need to be on the lookout for. They’ve got a small army of dedicated cultists that worship them, and they’re ready to shoot on sight. While not quite as dangerous as their bloodsucking overlords, cultists are well-armed and ready to die for the vampires. They’ve established bases and patrol routes all over the island, so keep your head on a swivel.
WIDE OPEN SPACES MEAN PLENTY OF ROOM EXPLORATION… AND DANGER
There’s a whole wide-open world to see in Redfall, with new mysteries (and threats) in every nook and cranny. From cultist strongholds and twisted psychic spaces called Nests, you’ll find plenty of danger on the island of Redfall. It’ll take a lot of work to make Redfall completely safe again, but as Creative Director Ricardo Bare explains, “When not doing the main story missions, players can help Redfall by taking neighborhoods back from the vampires and the cultists who worship them.” You can chip away a bit at a time, making parts of the world a little more comfortable for the citizens of Redfall just trying to survive the vampire apocalypse. 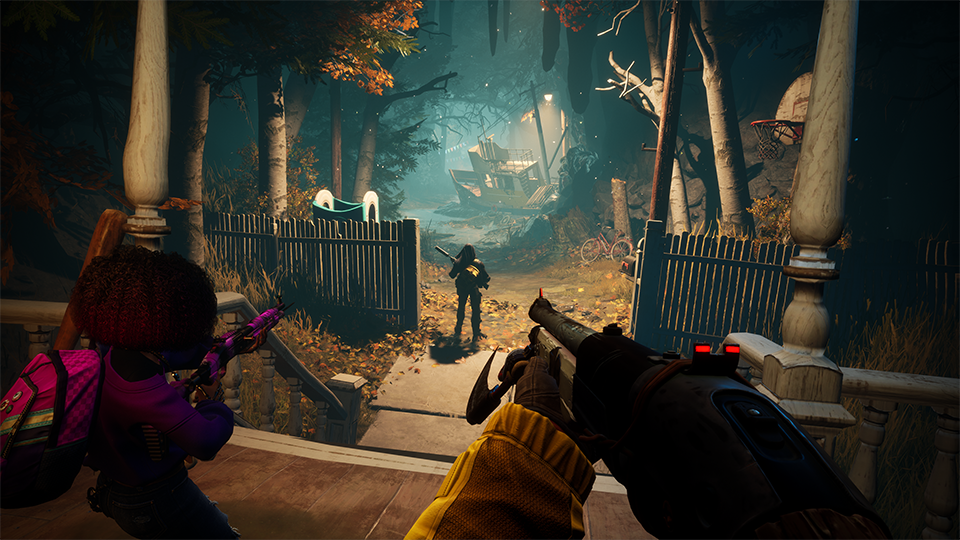 BUT YOU’LL HAVE ACCESS TO A MASSIVE ARSENAL TO HELP YOU ALONG THE WAY
You’ll find plenty of weapons as you explore Redfall. Some will be handcrafted by survivors, pieced together using available materials, and others might be high-grade military equipment. Collect, upgrade and build up your stash of gear. You never know when you might want to try something new.
“Our weapons are an interesting twist on the genre,” says Production Director Ben Horne. “We have loadout options players already know and love, like rare shotguns and sniper rifles, all with randomized weapon traits to make each drop feel like one of an endless potential of combinations. In addition to that, some of our weapons are unique vampire-hunting weapons – like the Stake Launcher or UV Beam – that can be used tactically to eliminate the vampire threat.”
YOU’LL HAVE TO USE YOUR WITS JUST AS MUCH AS YOUR WEAPONS
Even with the weapons and abilities at your disposal, you’ll still want to use your brain. Guns blazing can be a viable solution to the vampire problem, but make sure you have the right gear for the occasion, especially if you’re traveling alone. Using Jacob’s raven to do some scouting or relying on your own stealthy skills is a great way to ensure you’re never unprepared for the things that go bump in the night. 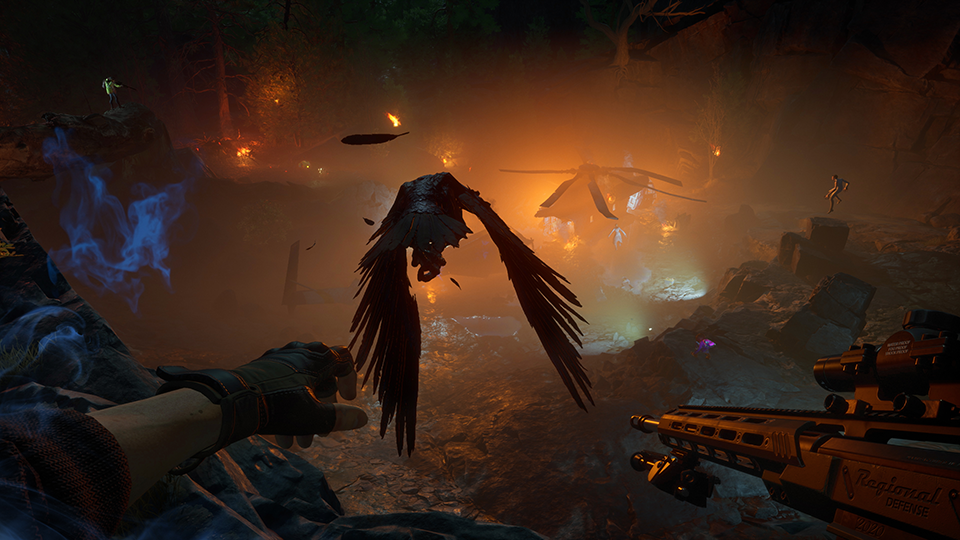 “Redfall is a game where stealth can be used to get the drop on an enemy, reach a good vantage, or avoid a combat encounter altogether,” says Smith. “It’s not a pure stealth game, but a stealth-enabling shooter. We love that because having AI with simulated hearing and sight always leads to interesting dynamic gameplay moments. Creeping up on enemies, avoiding notice, using the right weapons and damage types, choosing when to employ your crazy powers, knowing when to break off combat and stake a vampire that’s been petrified by UV light, all of that is part of Redfall’s tactically expressive gameplay.”

And here’s the full breakdown trailer since we’ve got our teeth in you.