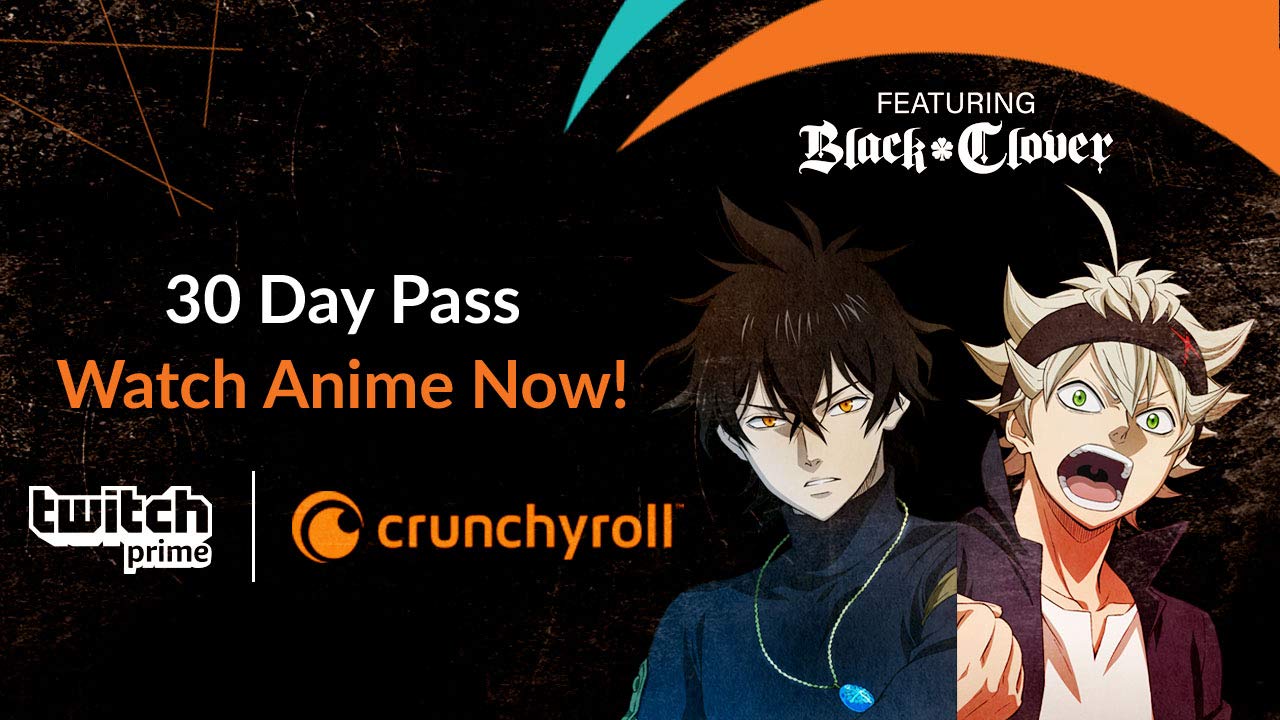 Crunchyroll and Twitch Prime has teamed up to offer Twitch Prime users a free month of Crunchyroll Premium, which is also the first instance of non-gaming loot available through the program. The pass will be available to claim from now until June 13.

Crunchyroll, the world’s most popular anime brand, is teaming up with Twitch Prime, Amazon Prime’s benefit for gamers, to offer members a special loot offering – 30 days of free Crunchyroll Premium. This Crunchyroll offering will be the first-ever non-gaming loot available for Twitch Prime members.

Twitch Prime gives members a selection of free PC games every month, free in-game loot for the world’s largest games, and a premium experience on Twitch that includes a free channel subscription every 30 days, and exclusive chat colors and emotes. Twitch Prime is available in more than 200 countries and territories.

“While we constantly focus on delighting Crunchyroll fans, we also feel it’s our responsibility to continue to proliferate the popularity of anime to new audiences,” said Eric Berman, head of partnerships, Crunchyroll. “We pride ourselves on working with like-minded, fan-focused partners and are excited to offer all Twitch Prime members a free pass to Crunchyroll right in time for the huge spring anime season.”

This loot offering will complement and expand the existing relationship between Twitch Prime and Crunchyroll. For the last two years, Twitch was the exclusive live-streaming home for the Anime Awards, Crunchyroll’s yearly awards show honoring the best in Japanese animation. This past year, Twitch streamed the exclusive pre-show anime marathon, which garnered nearly 19 million minutes watched to more than 1.3 million viewers. The Anime Awards this year received over 5 million votes across 15 categories from fans all around the world, and the official Twitch stream of the show reached nearly half a million unique viewers.