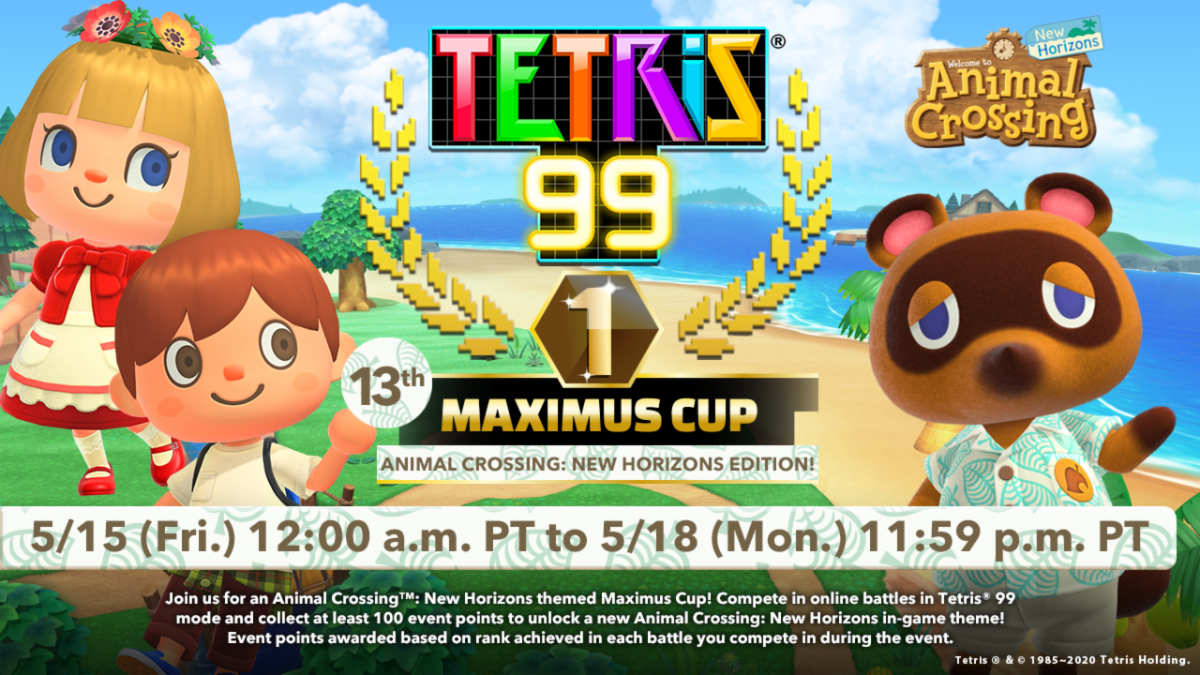 Animal Crossing: New Horizons took the world by storm a couple months ago, and now Nintendo has brought the peaceful game to the battle royale multiplayer game, Tetris 99. On May 15 to 18, you can now participate in a special event made for the game, and getting 100 event points will unlock a special theme for Tetris 99.

The Tetris 99 13th MAXIMUS CUP event runs from 12 a.m. PT on May 15 to 11:59 p.m. PT on May 18. To participate, you’ll need to be a Nintendo Switch Online member and play the Tetris 99 online mode during the event period. You’ll be able to earn event points based on your placement in each match that you play over the course of the event. Once you’ve secured a total of 100 event points, you’ll unlock a new theme inspired by Animal Crossing: New Horizons!

The Tetriminos that drop onto your screen in Tetris 99 might be a little more daunting than the presents that drop in Animal Crossing: New Horizons when you pop a passing balloon, but in both games it’s up to you to make the best of your surprise arrivals. Hopefully you can arrange those Tetriminos with the same skillful touch you use to arrange furniture in your dream island home!

For those who would like to participate in the Tetris 99 13th MAXIMUS CUP but are not Nintendo Switch Online members and have already used their free trial in the past, an additional seven-day free trial will be available later this week!