Ubisoft has announced that its 47th Legend in Brawlhalla, Vector, is now available to play. The time travelling hero uses his trusty Rocket Lance to crush the competition and is available for 7200 gold.

Travelling across the galaxy from a future universe, cybermarine Arcturius Vector entered a time portal to go from 3006 to 1987, pursuing his nemesis, the Mechassassin Blackstorm, far into the distant past of New Earth. Vector’s mission, to stop the Mechassassin from eliminating an ancient leader named ‘Sen-tin-el’, didn’t go quite according to plan. Upon arrival, Vector found Sentinel, a superhero, locked in deadly combat with the evil enemy KABAL. Joining forces with Sentinel, Vector led the counterattack against KABAL’s alien invasion force and fought the Mechassassin Blackstorm and a squadron of super-intelligent super-jets. Today in Valhalla, Vector fights, builds jet engines with Scarlet, and pursues other hobbies. 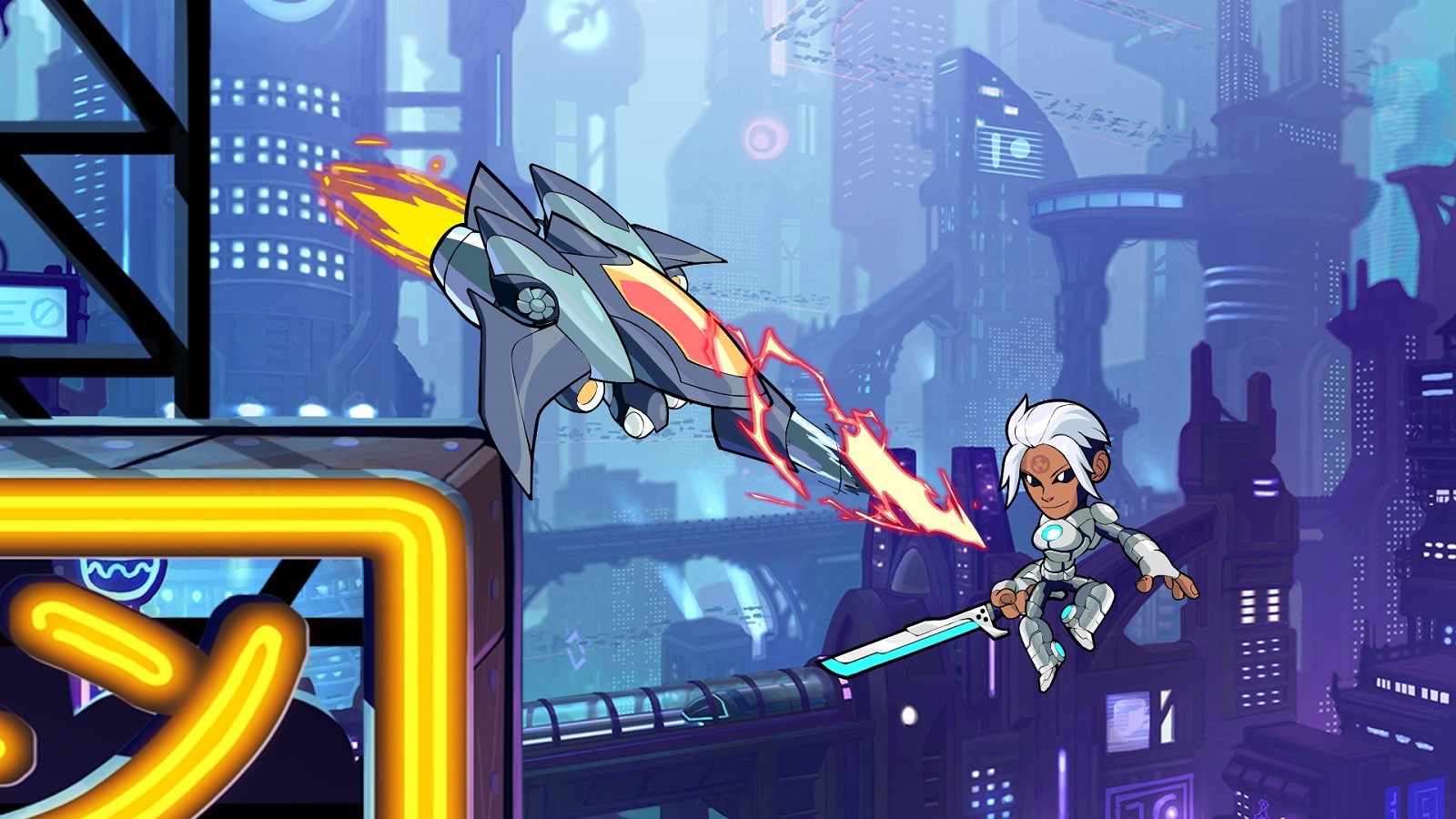 Vector has arrived at Valhalla’s door and is available for 7200 Gold. The skins Hyperdrift Vector, Vector Model 01, and Dragonaut Vector are available now for 140 Mammoth Coins each; these skins also change the appearance of Vector in his jet form. Vector has six signature attacks:

Additionally, to celebrate the Autumn Championship September 28-29, the Autumn Shard 2019 animated avatar and the Autumn Wind Katars weapon skin will be available for purchase for a limited time, from September 18 until October 9. Fans can tune into the tournament at brawlhalla.com/watch.