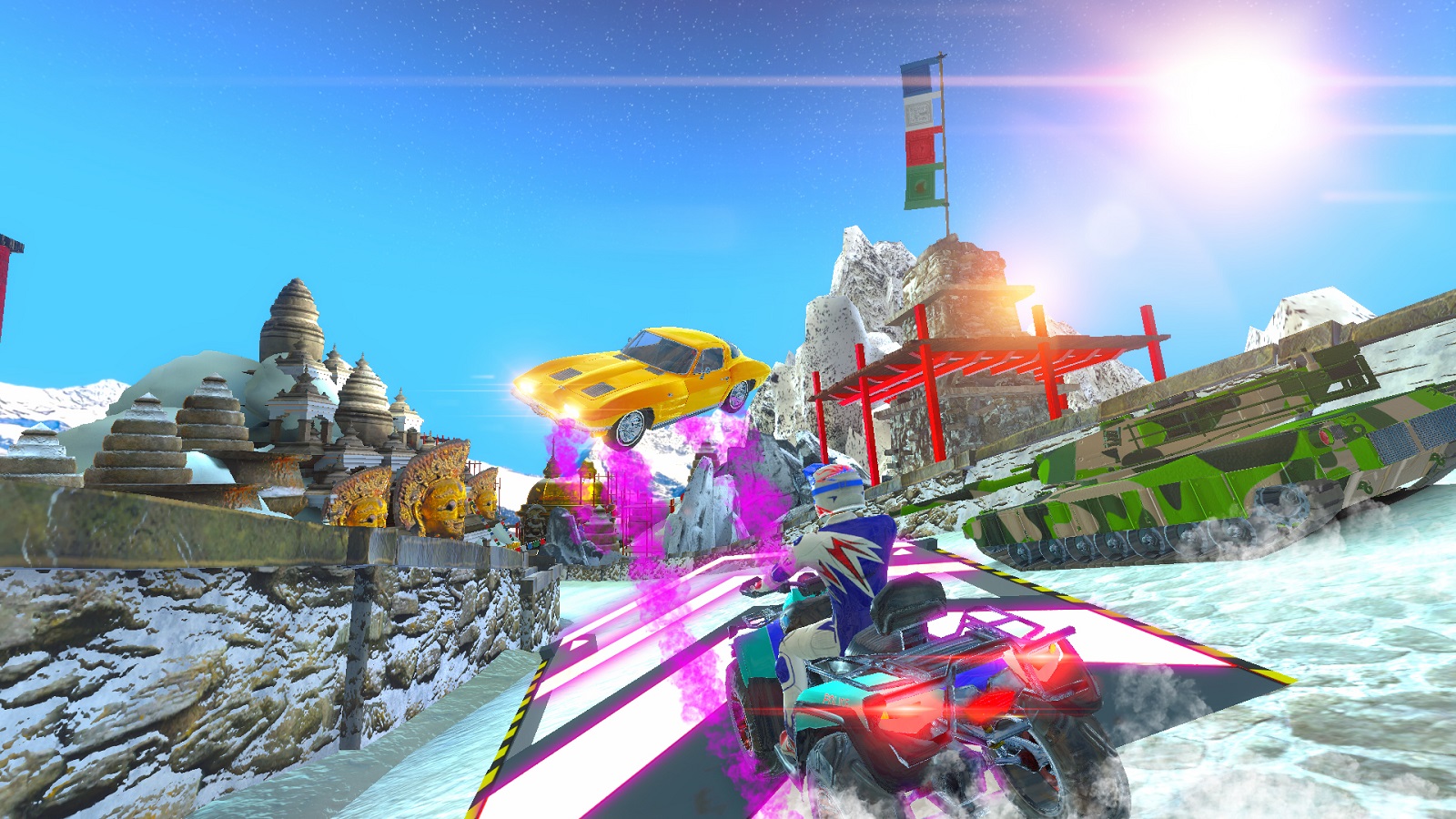 Nintendo is really dishing out the surprises with its E3 presentation, and it recently announced that it will release Cruis’n Blast to the Nintendo Switch this fall. The game will feature the tried and true arcade gameplay of the original series as well as feature a host of zany vehicles and tracks to race on.

The arcade smash hit Cruis’n Blast is speeding onto Nintendo Switch. Blast your way through nearly 30 over-the-top tracks. Up to four players can race together, so pick your favorite vehicle and hit the road. There are 23 awesome vehicles, ranging from licensed supercars to a Monster Truck, Tank and even a Unicorn to choose from. Cruis’n Blast launches as a console exclusive on Nintendo Switch this fall.