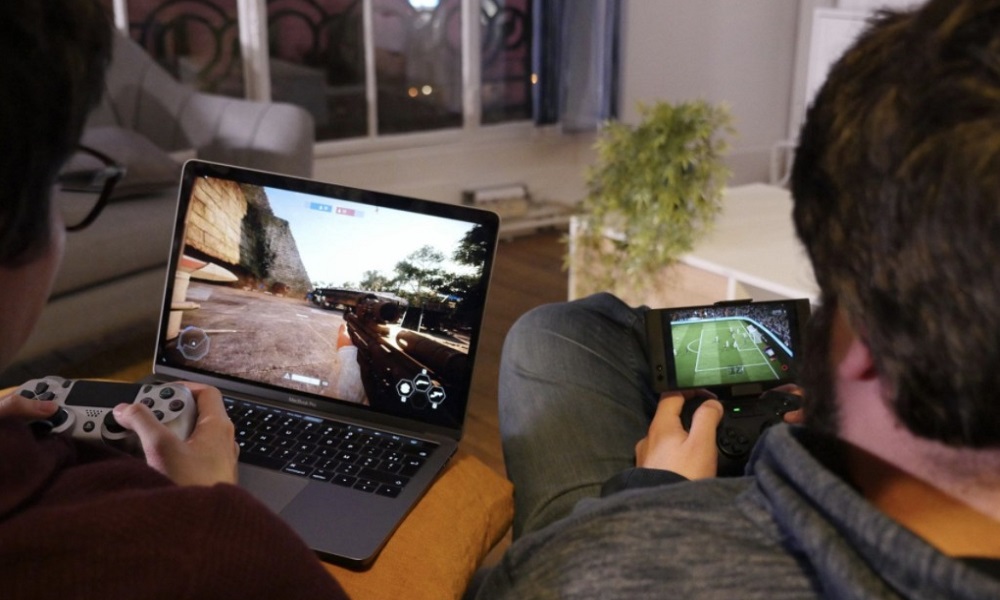 With the remarkable success of the Nintendo Switch, the interest in portable game has increased vastly. French company Blade has recently announced that its new cloud-based PC Shadow will be making waves before CES this year, with pre-orders available now to residents living in California. The PC will allow any device to connect to the system and let consumers play games wherever they are.

Made for a generation that is bucking the concept of ownership, Shadow frees users from the constraints of physical PC hardware and gives them what they truly want and need: access to a powerful, secure, top-of-the-line computer anytime, anywhere and on any device. The Shadow technology relocates the most powerful components of a PC into the cloud so hardware never breaks or becomes outdated, unlocking customers from an endless cycle of spending and upgrading. It brings massive computing power — high speed, low latency, crystal-clear graphics and data security — through partnerships with Microsoft, Intel, NVIDIA, AMD and Equinix. Shadow is powerful enough to meet the demands of serious gamers, allowing them to trade their bulky, loud, hot gaming computers for a hardware-free gaming experience.

“A revolution is coming to the PC that will replace it with nothing – no hardware, no upkeep. Shadow is the only computer you will ever need again,” said Asher Kagan, president and co-founder of Blade. “Shadow allows you to break free from hardware with the power and security you expect from a high-end PC.”

Blade is expanding to the United States from France, where it already has thousands of users. Service will be available in California on February 15th, with full availability in the continental United States set for summer 2018.

An extremely powerful, full-featured Windows 10 PC, Shadow is always at the cutting edge of technology and safe from hardware failures due to its cloud approach. Shadow provides access to:
· Perfect graphics: A dedicated high end NVIDIA graphics solution for a perfect image in 1080p at 144Hz or 4K at 60Hz.
· Incredible power: 8 dedicated threads on an Intel Xeon server processor equivalent to a Core i7, 12GB of RAM and 256GB of storage space.
· Zero latency: Proprietary technology delivers a seamless experience for any Internet connection above 15 Mbps.

Blade has announced a subscription model for the PC, with prices ranging from $34.95 per month for a one-year commitment to $49.95 for a no commitment plan. Stay tuned for more news here on Gaming Trend.