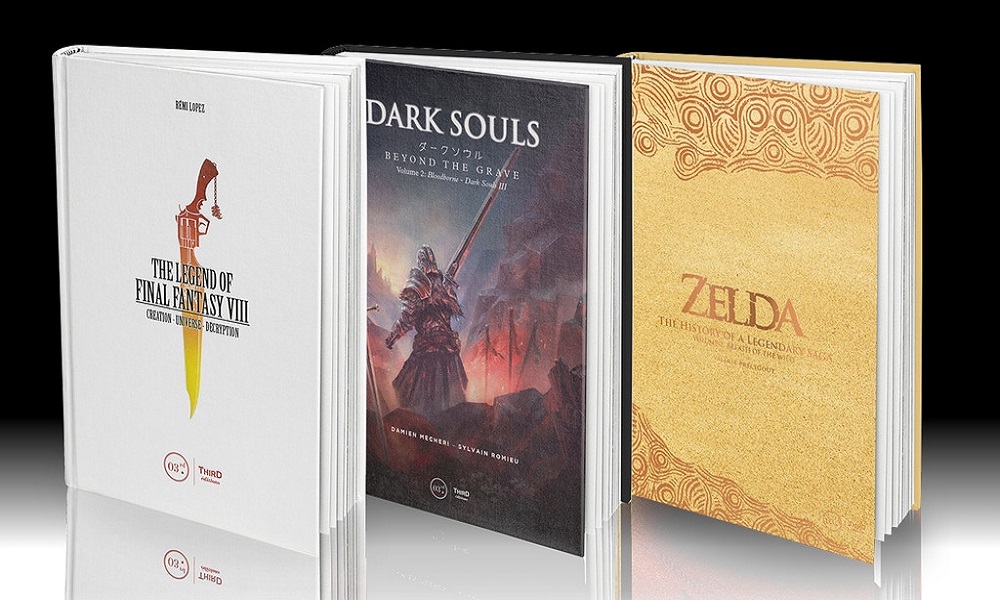 These books are to die for! Today, French publisher Third Editions has announced a new Kickstarter campaign to fund English translations of three of its most popular titles, featuring Dark Souls, Legend of Zelda, and Final Fantasy VIII. The campaign with a goal of $74.000 will run through April 6.

The three books in line for translation have all been acclaimed in France, and Third Editions is excited to offer them to a significantly wider international audience with these new English localizations.

Zelda: The History of a Legendary Saga – Volume 2: Breath of the Wild
The second volume of Third Editions’ Legend of Zelda series focuses on 2017’s open-world masterpiece Breath of the Wild, examining its incredible game design, world building and tightly woven lore.

The Legend of Final Fantasy VIII
A comprehensive analysis of one of the popular role-playing series’ most fondly remembered entries, in the same detailed vein as Third Editions’ Final Fantasy VII book.

Successfully meeting their Kickstarter target of €60,000 / £54,000 / $74,000 will enable Third Editions to immediately begin translating these three books. Should they go beyond their fundraising target for this Kickstarter campaign, as they did in 2016, Third Editions will begin to offer further rewards to backers.

A variety of tiers for the books are available, with the second tier of around $30 plus shipping granting access to one of the three. Stay tuned for more news here on Gaming Trend.