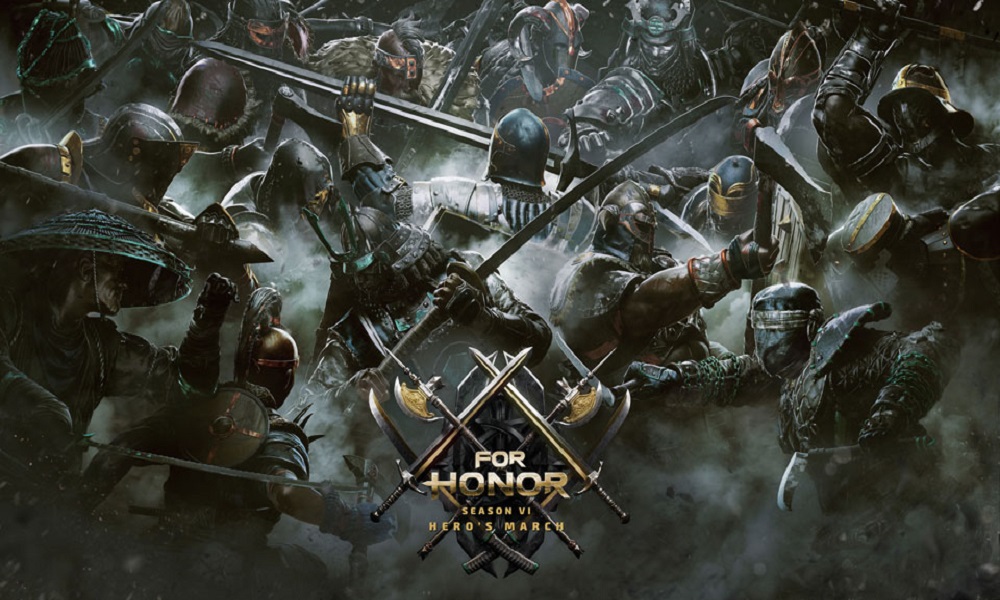 Today, Ubisoft announced that For Honor’s sixth season, Hero’s March, will be available for PlayStation 4, Xbox One, and PC on May 17. The free update will add some more content to the game, including a new map and some Hero tweaks.

Launching as a free update, Hero’s March will bring a brand new map, major Hero reworks, a new Visual Collection feature, and more. Newcomers to For Honor interested in getting a taste of the game ahead of Season Six can take advantage of the first Free Weekend featuring recently launched dedicated servers, starting today, May 3 until May 6 on all platforms. Players who want to continue their journey after the weekend can keep their progress and purchase the game for up to 67% off.

New content coming to For Honor in Season Six includes:

New Map
One new map, the Beachhead, will expand the battlefield. The Beachhead will be available to all players for free and playable in all multiplayer modes except Tribute. Once a grand fortress of solitude and respite, it remains a picturesque view from afar and is a desirable stronghold for any army hoping to sway the odds of battle in their favor.

Major Hero Reworks
In the wake of Season Five’s Hero updates and positive feedback from players, For Honor will continue to improve and harmonize the current roster as two Heroes – the Orochi and Peacekeeper – will receive major gameplay updates with Season Six. Detailed information on the balancing of these Heroes can be found on the For Honor news page closer to the launch of Season Six. More Heroes will receive similar updates in the future as the development team continues to prioritize game balancing.

The Visual Collection
This new feature will allow players to track all visuals they have obtained and then apply them on any gear they have in a separate in-game menu. This will help reduce the need to hoard gear for the reason of simply keeping visuals in one’s inventory, and also directly address player feedback about the lack of inventory space.

Check out our review of For Honor, and stay tuned for more news here on Gaming Trend.