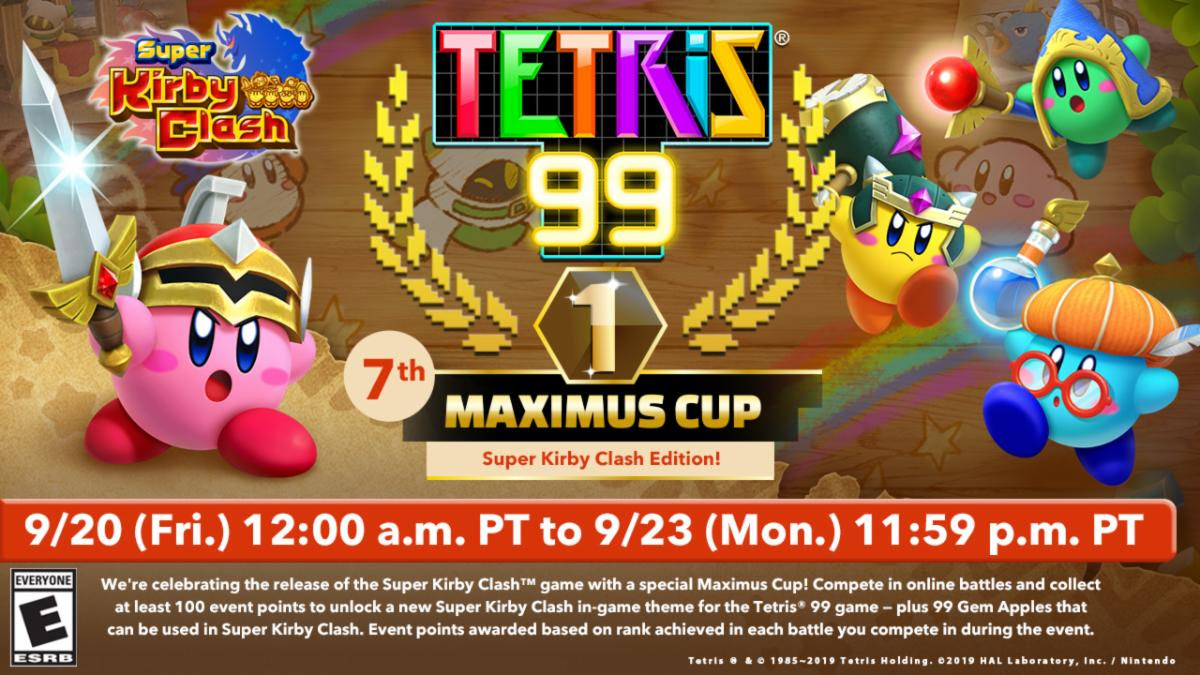 Are you ready for more free-to-play goodness? Nintendo recently announced that it will hold its 7th Tetris 99 Maximus Cup event on September 20 through 23 exclusively on Nintendo Switch. The event is a collaboration with the recently released Super Kirby Clash, which will grant fans with a theme as well as Gem Apples for those that reach the 100 point goal.

We’re celebrating the release of the free-to-start Super Kirby Clash game for the Nintendo Switch system with a special Tetris 99 MAXIMUS CUP event! In this event, players will compete in online battles and collect at least 100 event points to unlock a new Super Kirby Clash in-game theme for the Tetris® 99 game, plus 99 Gem Apples that can be used in Super Kirby Clash.

Gem Apples are the in-game currency in Super Kirby Clash, which let players craft and obtain new items. Qualifying players will receive their 99 Gem Apples via a Nintendo eShop code that will be emailed to the address associated with their Nintendo Account within one week after the event ends. In the multiplayer mode of the Super Kirby Clash game, players choose from four unique Roles and join up to three other players to take down tough bosses.

The Tetris 99 7th MAXIMUS CUP event runs from 12 a.m. PT on Sept. 20 to 11:59 p.m. PT on Sept. 23. To compete, Nintendo Switch Online members just have to play the Tetris 99 online mode during the event period. The higher players place after each match, the more event points they will earn.