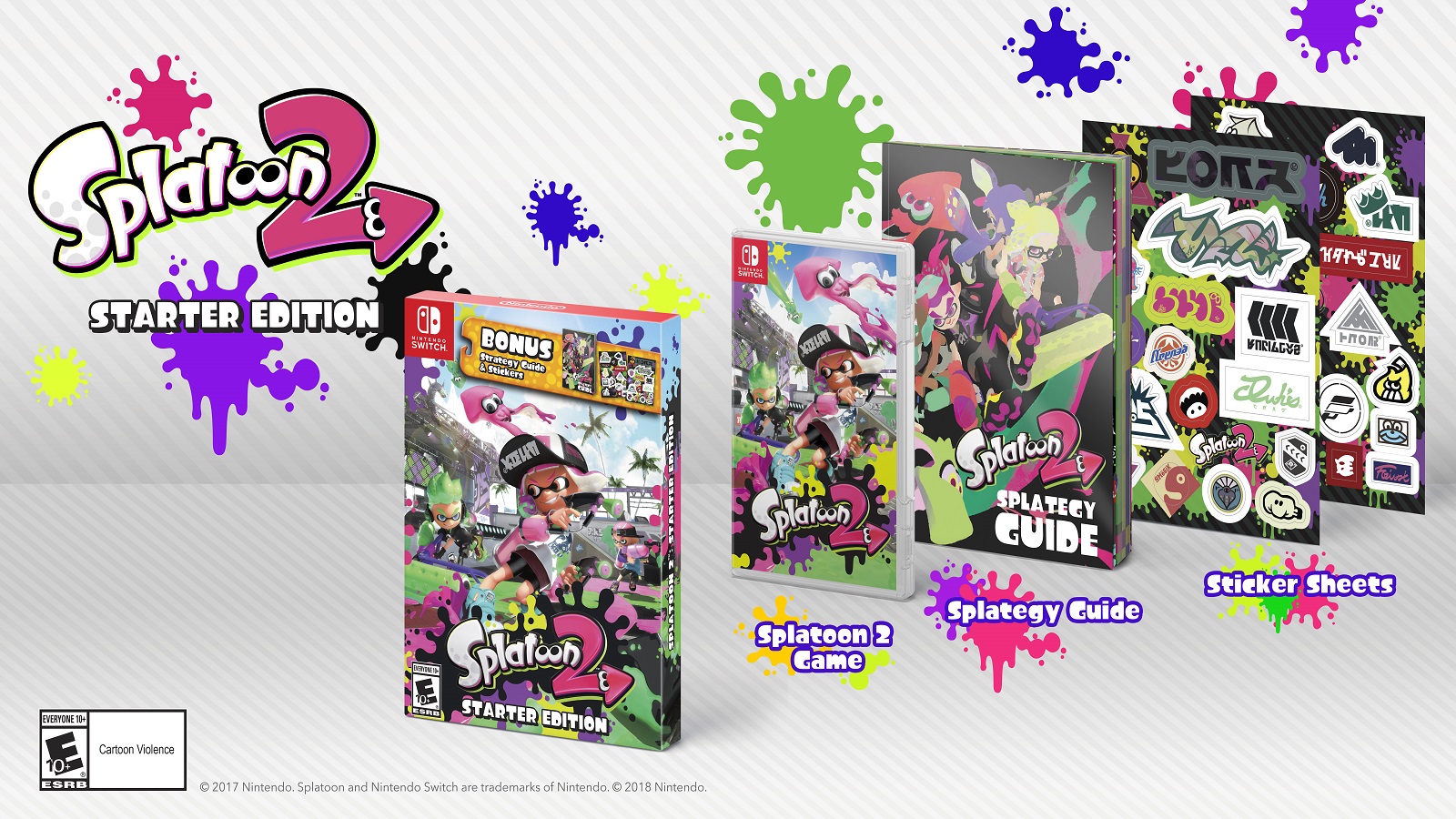 If you haven’t asked the existential question of being a kid or a squid yet, Nintendo has announced that it will release a new edition of last year’s Splatoon 2 for the Switch that includes some bonus physical goodies. In addition to the bonus physical release, there will be Amiibo figures of Pearl and Marina released later this year.

Fans who don’t yet own the Splatoon 2 game are in for a splat-acular treat. On March 16, the Splatoon 2 Starter Edition will launch in stores. The special bundle of the hit Nintendo Switch game includes the full game, a 100-page Splatoon 2 strategy guide to equip you with skills to climb the competitive ranks and two sheets of Splatoon stickers, all at a suggested retail price of only $59.99. That’s the same price as the stand-alone game, so this new Starter Edition adds even more value.

Splatoon 2 launched exclusively for Nintendo Switch last summer and, so far, has sold more than 4.9 million units worldwide. The action-filled game pits teams of Inklings against each other in a variety of fun and messy modes. Since launch, Nintendo has consistently rolled out new content for the game, including recurring fan-favorite competitions called Splatfests, a new battle mode, as well as new gear and stages, like the just-announced Dark Tetra Dualies weapon and basketball-arena-themed Goby Arena stage.

In addition to this amaz-ink news, Pearl and Marina, two of the most popular new characters in Splatoon 2, are getting their own amiibo figures. This talented duo forms the group “Off the Hook,” and has been burning up the Inkling music charts. Fans love them for their unique futuristic sound, but they’re also making quite the name for themselves as the broadcasters of Inkopolis News and Splatfest events! The amiibo figures will launch in stores exclusively as part of a 2-pack set later this year.

Just in time for the next Splatfest!

Get ready to splat ‘til you’re purple next month, and check out Matt’s review of Splatoon 2 here. Stay tuned for more news here on Gaming Trend.