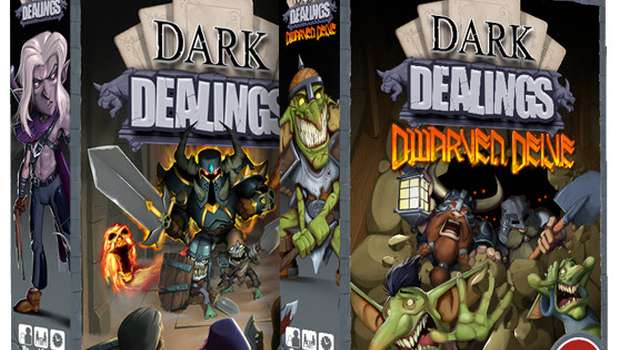 The mechanic used in For Sale of gaining cards from one deck by using cards from another deck hasn’t been used very often.  However, Dark Dealings does this well by using a dungeon delve mechanic.  If you haven’t gotten enough of the first game, or never got a chance to own the original, then you can check out their new Kickstarter which has the Dwarven Delve expansion.

Dark Dealings is a drafting, bidding, and surviving game wherein players are dark overlords under siege by stout and pesky heroes. Appeal to the dark masters and defend your stronghold, or be evicted.

I got a chance to play a prototype of the game and really enjoyed it, and the art has improved significantly.  This is a great way to get into Dark Dealings or expand it if you already have it.