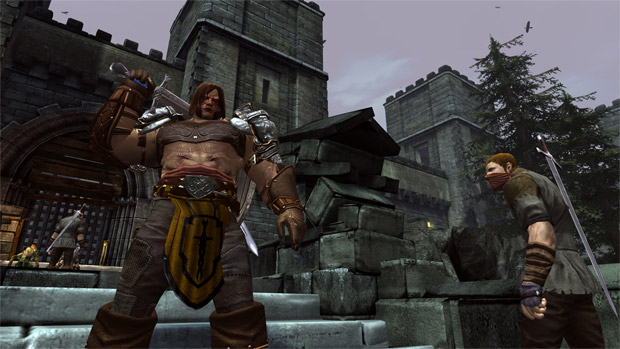 Welcome back to Games for the Masses, where you pay less to play more!  It’s a bit of a rough week for the proletariat, with the only decent Steam sale going to a game that still costs more than 20 bucks. What other deals do we have this weekend?  Well, first of all it’s another beta weekend for the MMO Neverwinter.  If you’re into that game and have beta access, you’ll be able to RP to your heart’s content.  Don’t have a beta invite?  Never fear–Neverwinter is going into open beta later this month!

The Humble Bundle folks are shining a spotlight on Blendo Games, a developer with a distinct set of aural and visual stylings.  Atom Zombie Smasher is tons of fun, despite the simple aesthetic, and I’ve heard nothing but good about Flotilla, though I haven’t tried it myself.

If you’ve never given a shot at the Half Life 2 mod Dear Esther, it’s worth looking at.  At seven bucks and about four hours long, it might not be the greatest value in the world, but the game is a contemplative walk through an aesthetically pleasing landscape, perfect for those rough days when you just don’t think you can go any further.

GoG.com is saving the weekend with its big sale on Interplay titles. There ae some great games on sale here, ranging from Fallout 1,2 and Tactics to Freespace 2 to Sacrifice. Also of note is the sale on Slender: the Arrival.  This is an expansion of sorts to the free download Slender: The 8 Pages–a game engineered to strike fear into the hearts of all but the bravest of men and women.

Lastly, if you’re looking to go off the beaten trails, you can find a few unheard-of games over at IndieRoyale as part of their Spring Sun Bundle.  Of the five games listed, the only one I’ve ever heard of was Monday Night Combat, and I haven’t played any of them.

Sorry to say it, Comrades, but it looks like our corporate oppressors will be keeping their wallets shut and us squarely under their thumbs.  Maybe next weekend we’ll have a bit more luck, but until then Game on, Comrades!