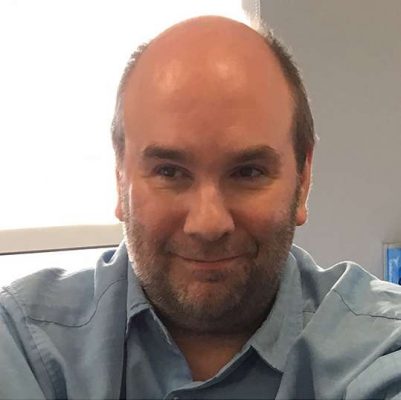 Some sad news has come through the tabletop gaming family.  Gale Force Nine has announced that designer Sean Sweigart has passed away.

It is with great sadness, we have to announce our friend and colleague Sean Sweigart passed away over the holidays, due to complications following surgery.

Sean spent his life immersed in Science Fiction and Fantasy worlds. In the early 1990s he founded his own game store, Omnidon’s, in Hummelstown, PA. Before joining GF9, Sean worked with Games Workshop for four years where he manned the Battlewagon and ran the Maryland Battle Bunker.

Sean always sought new challenges. He relished innovating and creating. Sean wanted to make thematic games that told stories, games in which people could immerse themselves. He succeeded, and was rightly proud of his work.

Sean was a close friend to those around him, passionate about games (among many other things!) and his presence will be sorely missed.

A memorial fund is in place for his daughter, Alyssa.

While not as well known as Richard Garfield or Eric Lang, his list of games is quite impressive.  Gale Force Nine has always produced games that bring out the theme of whatever property that they are given.  We at Gaming Trend would like to offer our condolences to everyone at GF9 and the family of Mr. Sweigart.