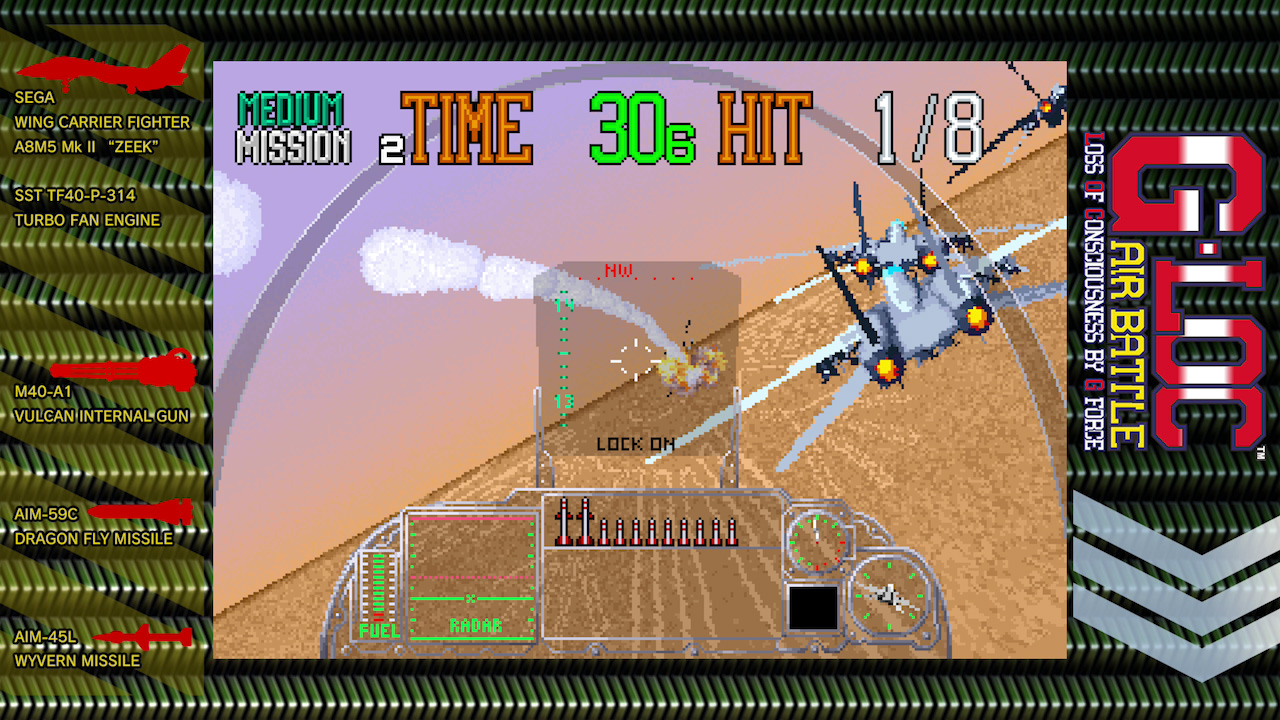 All systems are go as Sega announced its newest release in the remastered Sega Ages line, G-LOC Air Battle, will head to Switch on April 30. This version of the game will include an AGES mode, which will allow players to tweak difficulty and other options to make a more entertaining experience for all.

There’s never been a better time to try out this high-octane arcade title thanks to the all-new features introduced in this enhanced release. Shoot your competition down the leaderboards with online rankings, recreate that feeling of the original hydraulic-powered arcade cabinet with a moving cabinet display (among other screen options), or increase those g-forces to the max with AGES Mode, which adds more enemies, more missiles, and a more powerful lock-on system. Finally, the rookies out there can make the skies a little friendlier (or scarier) with multiple difficulty options. 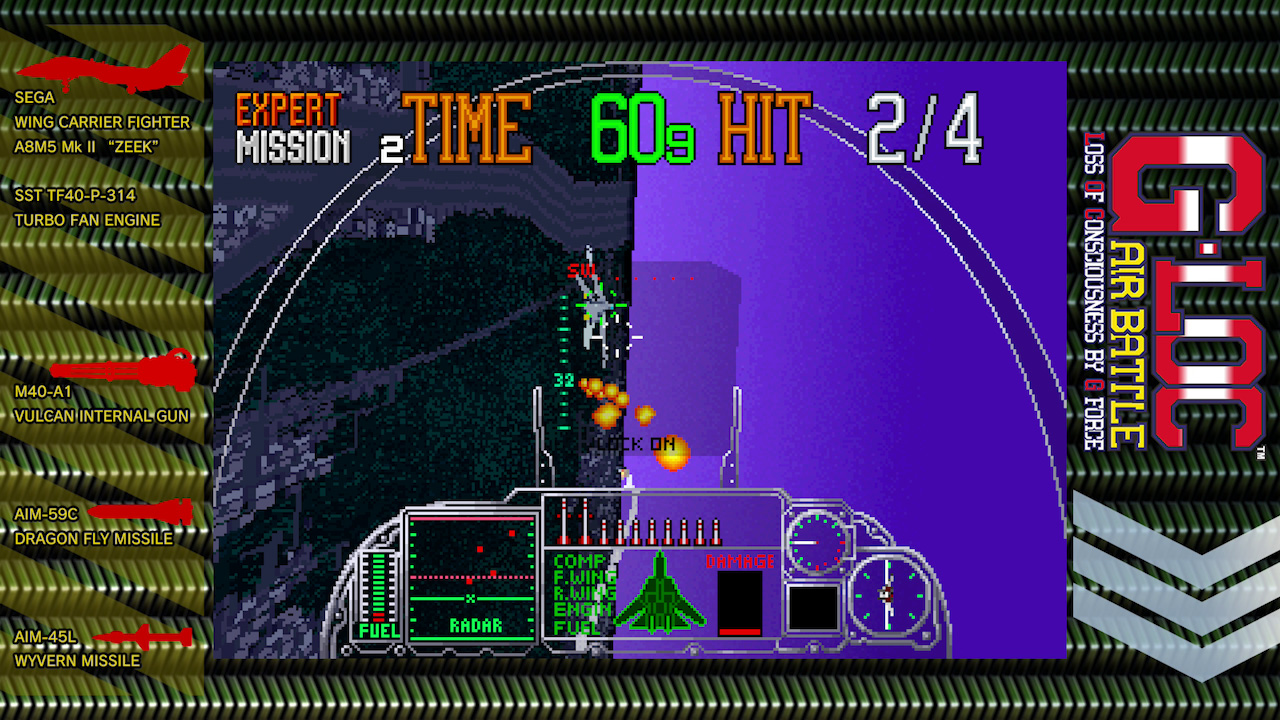 Dodge and weave your way through the treacherous skies as you take on a dangerous mission against an entire squadron of enemy pilots. Created by acclaimed designer Yu Suzuki, G-LOC Air Battle has you taking control of an experimental aircraft as you soar through the blue skies on a series of timed missions, sure to get the blood pumping and the adrenaline flowing.