Today, Nacon released its Nacon Connect 2021 livestream, which included a variety of different games and projects coming soon from the publisher. From The Lord of the Rings:Gollum to Ad Infinitum, there were tons of different titles to cater to every type of gamer.

The NACON and RIG accessory teams were obviously there as well. They gave an exclusive first look at a range of new products that owners of Xbox One, Xbox Series X|S, PC and PlayStation®5 will love.

Through some 20 trailers and brand-new content, along with appearances from special guests like Sébastien Loeb (WRC 10), The Bloody Beetroots (RiMS Racing) and professional skateboarder Daewon Song (Session.), NACON presented a catalogue offering an unprecedented variety of experiences from a video game publisher.

By placing gamers at the core of its strategy, NACON is aiming to delight the most passionate among them. Whether they are fans of racing, sport, roguelikes, action-adventure or simulators, this new edition of NACON Connect provides plenty of excitement.

The biggest titles of the presentation were deep dives into Vampire: The Masquerade – Swansong as well as The Lord of the Rings: Gollum:

Descend into the darkness of Vampire: The Masquerade – Swansong

Galeb, one of the three playable characters in Vampire: The Masquerade – Swansong (Big Bad Wolf), is a 300-year-old vampire. Just and unsentimental, Galeb plays a central role in the events that are impacting the Camarilla, the secret society that most vampires belong to. 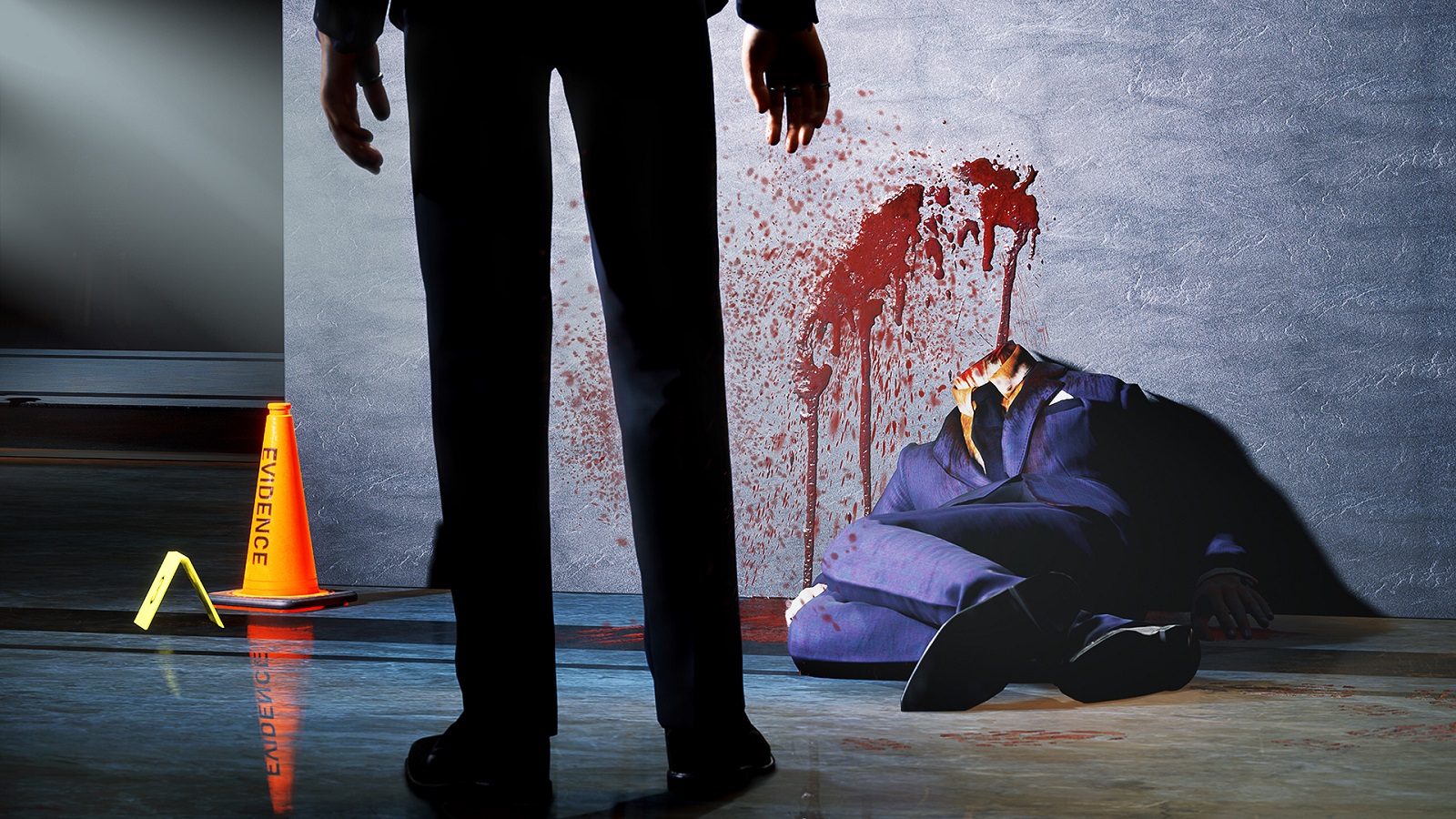 Return to Middle-earth with The Lord of the Rings™: Gollum™

Daedalic Entertainment has unveiled a new developer’s interview for The Lord of the Rings: Gollum during which Producer Harald Riegler introduces characters and environments Gollum encounters on his journey. In this stealth-action adventure, players take on the role of the iconic character to win back his Precious lost ring. Torn between two personalities, it is up to you to decide whether the darker side of Gollum takes over or if there is a spark of reason left in what once was Sméagol… 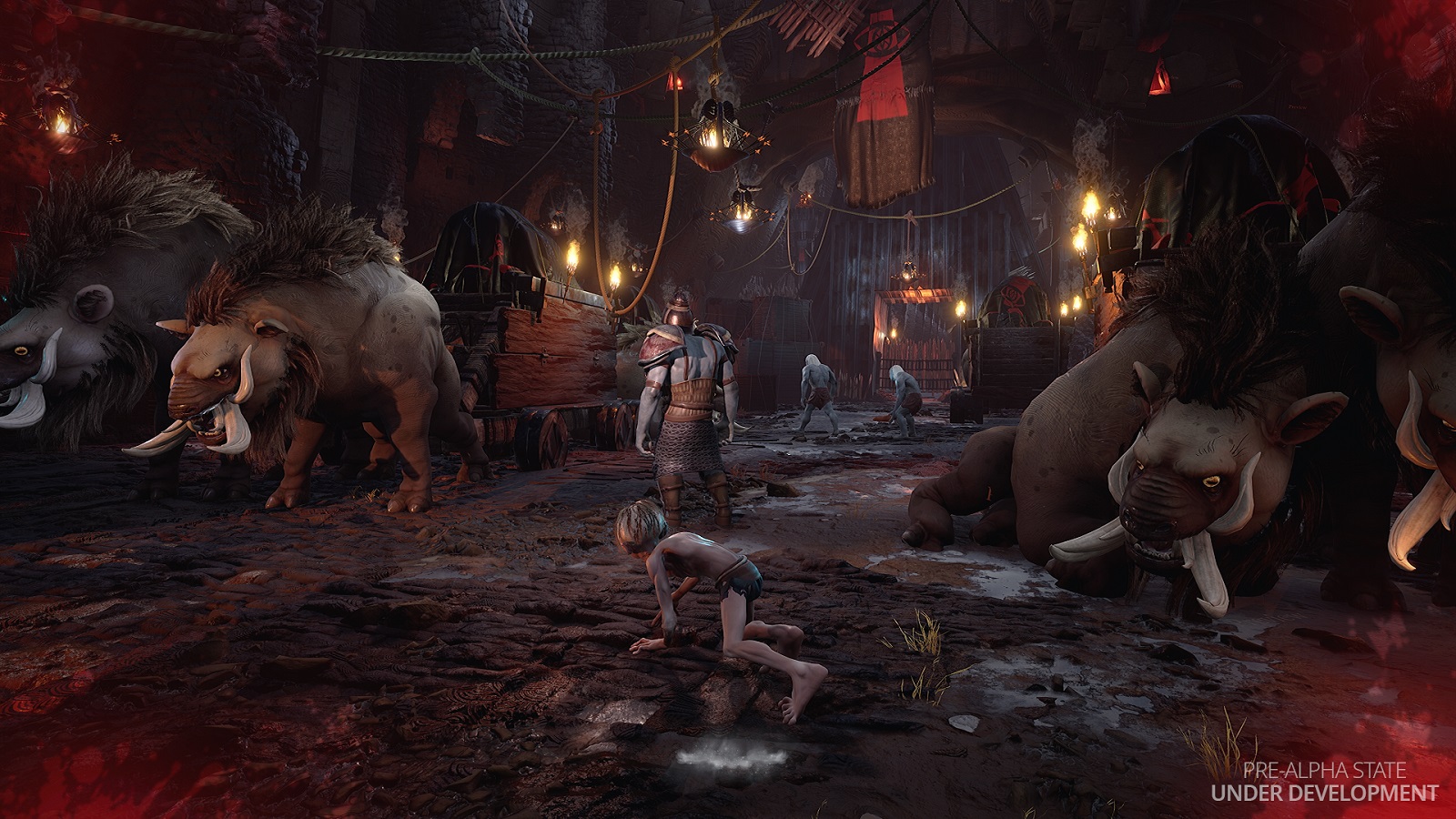 Titles such as Blood Bowl 3 and RoboCop: Rogue City were featured as well:

Blood Bowl 3: are you ready to score touchdowns?

Funnier, bloodier and more spectacular than ever, Blood Bowl 3 introduced its Campaign mode through an interview with Yoann Drulhe, Lead Cinematic Artist at Cyanide. Blood Bowl 3 will be released on PC and consoles in February 2022. 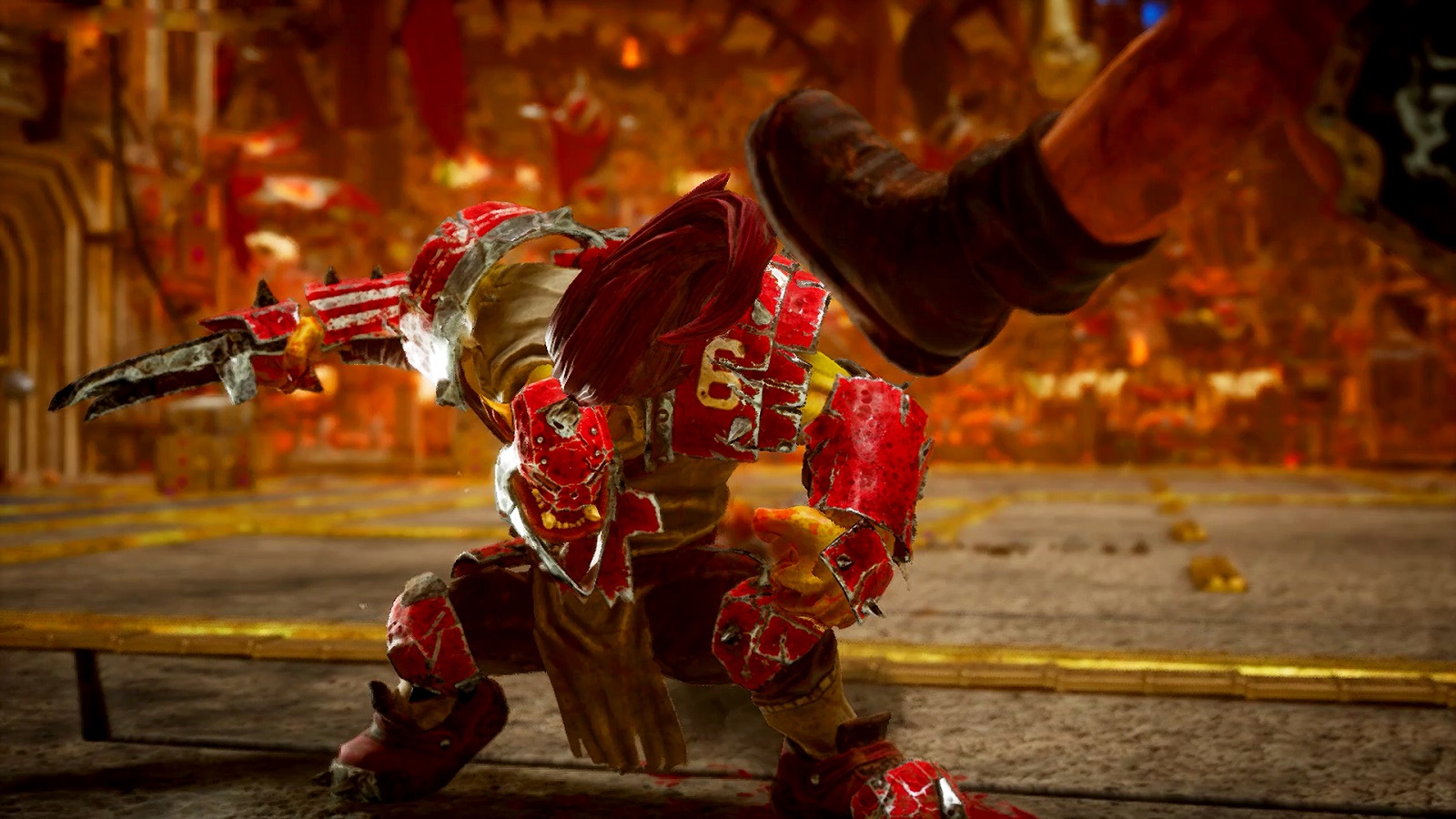 You play as Alex Murphy aka RoboCop™ – part man, part machine, all cop – in this first-person shooter. Development studio Teyon is creating an original story in the franchise’s universe, in which your mission will be to protect the city of Detroit. 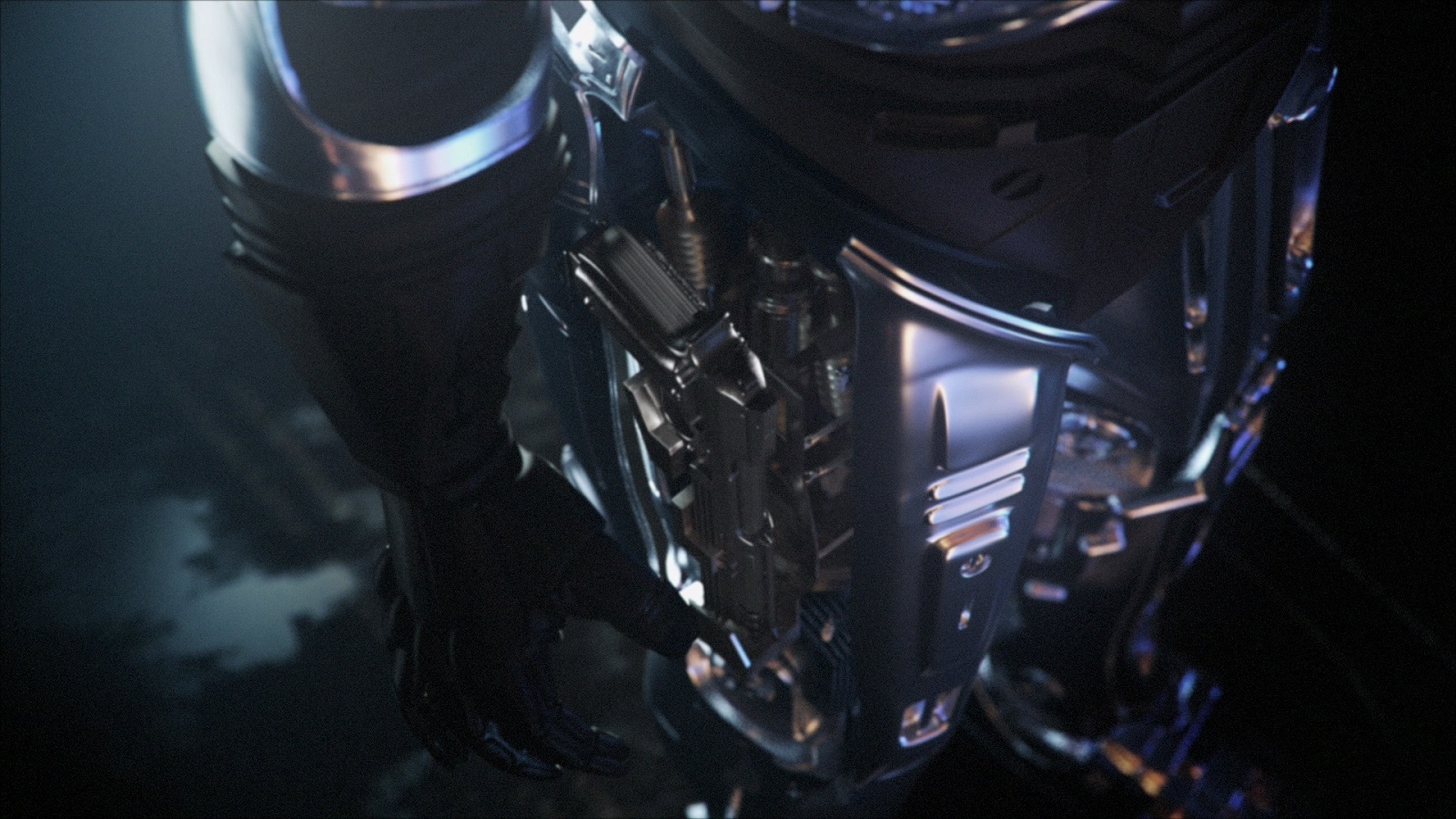 In addition, Nacon also announced some news about some upcoming gaming accessories:

The MG-X and MG-X PRO smartphone controllers have been specially designed to provide the ultimate experience for Xbox Game Pass Ultimate subscribers. The MG-X series is compatible with all Android smartphones up to 6.7 inches and will arrive in Europe and North America in fall 2021. 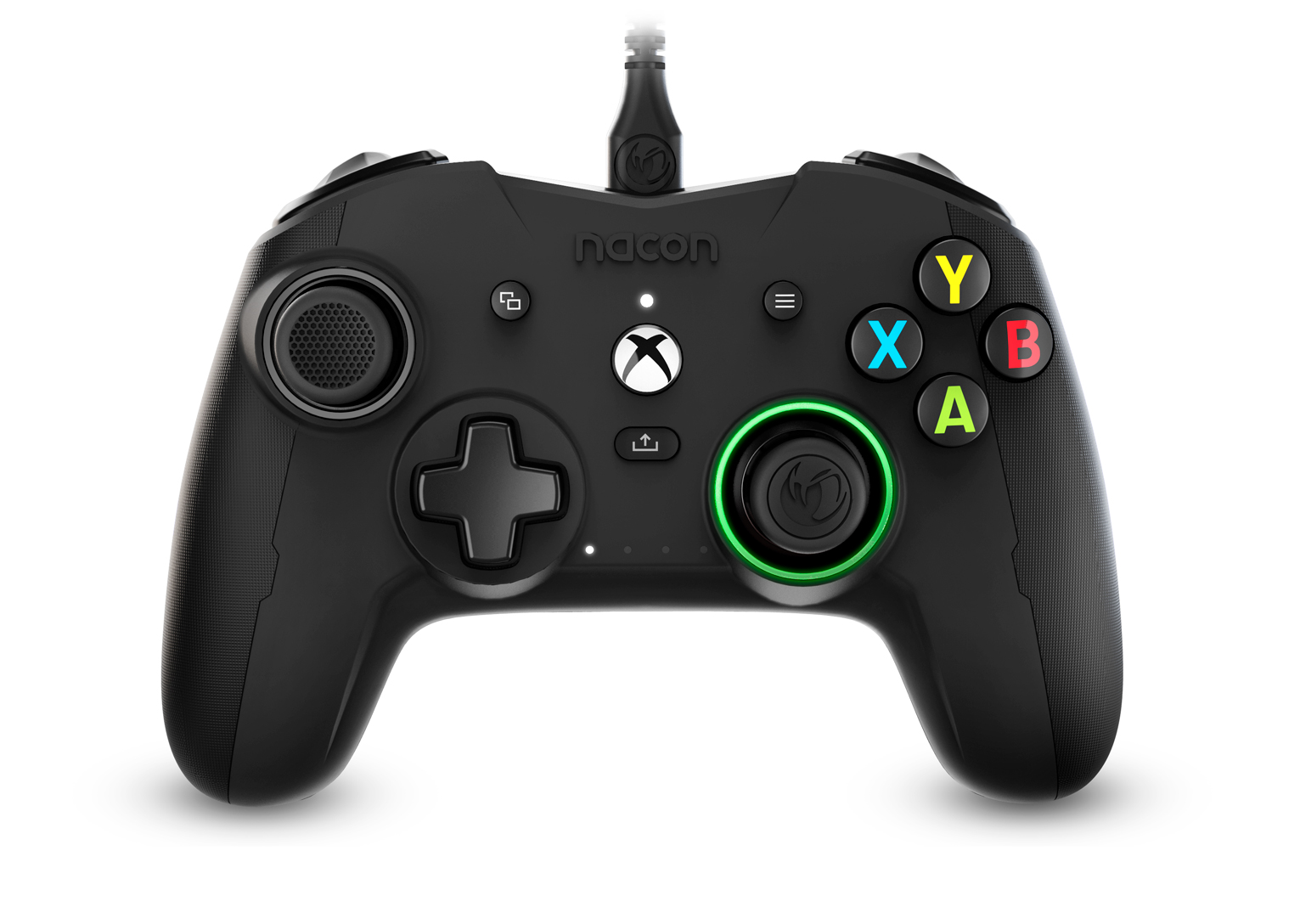 At NACON Connect, the RIG teams were excited to give an exclusive first look at their new audio peripherals for the PlayStation®5. With two new headsets, the RIG 500 PRO HS GEN 2 and RIG 400 HS, PlayStation®5 owners can now enjoy the same unrivalled audio quality and comfort behind RIG’s global success. More details will be shared very soon.

RIG is adding an officially licensed streaming microphone for PlayStation®5 to its range of products. Currently under development, the RIG 200 HS Steam Mic boasts a metallic finish and technology specifically adapted to recording and streaming voice on PlayStation®5.

To finish, Yannick Allaert and all NACON teams are very proud to announce the forthcoming release of a new officially licensed Daija Arcade Stick for PlayStation®5. Already available for PS4™, this arcade stick, which was developed in collaboration with professional gamer Marie-Laure ‘Kayane’ Norindr, won praise from legions of players for its ergonomics and SANWA components. NACON intends to repeat this success with a new and improved PS5™ version.

Check out the whole video above, with more gameplay and titles announced within. Stay tuned for more news here on Gaming Trend.