A free update is heading to Forza Horizon 5 on March 1st, 2022 which will introduce American Sign Language (ASL) and British Sign Language (BSL) support for 150 cinematics. You can check out a video above and then read more about this update below:

Even though Cameron Akitt grew up hard of hearing, for him British Sign Language is a second language. English is his first. An avid gamer, subtitles supplement what he hears, correcting things he may have misheard or missed because of too much background noise. But he has friends who are deaf, for whom reading captions can cause fatigue.

“For them, it’s a really tiring experience, not being able to access your first language,” says Akitt, a London-based teacher of the deaf and accessibility consultant. “We should be able to access the same story beats and narrative components. Otherwise, we’re only getting half the picture and not getting the full experience. Including sign language is about enabling more deaf and hard of hearing people to have ownership over their gaming experience.” 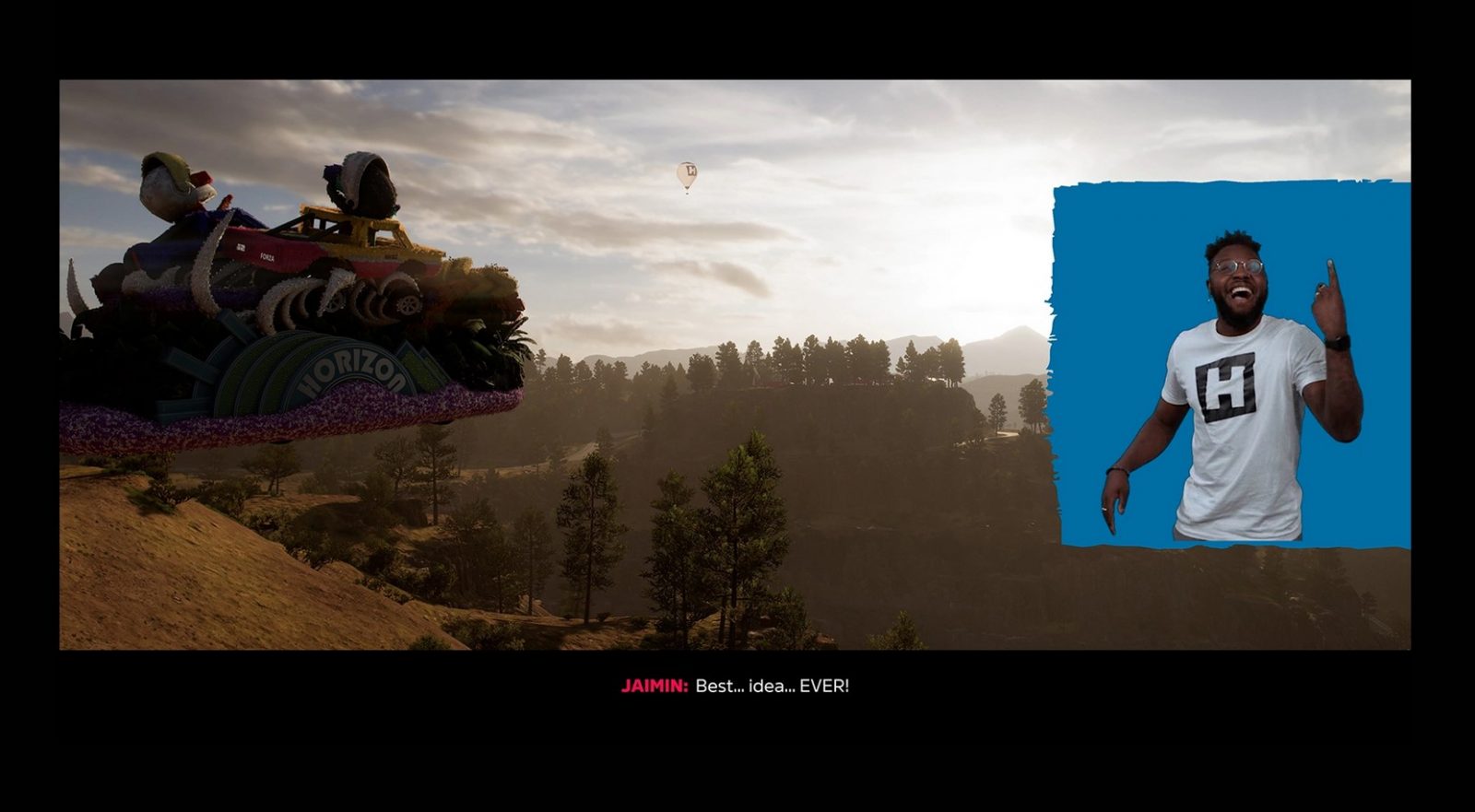 Xbox Game Studios developer Playground Games and Xbox invited Akitt in as a consultant when they decided early in development to incorporate sign language support into Forza Horizon 5. Starting March 1, a free, in-game update will include American Sign Language (ASL) and British Sign Language (BSL) support for its in-game cinematics.

The update includes actors from the deaf and hard of hearing community signing in parts of the story between driving, such as jumping into challenges, getting ready for a race, meeting other players and racing across Mexico while planes fly overhead.

Having a human being on the screen explaining those elements in a person’s native language (sign language in this case) is a different dynamic, Akitt says, that breaks new ground.

“It’s surreal and fascinating to see a deaf actor in the corner signing BSL in the game,” Akitt says. “It’s fantastic – another language option.”

Software engineer Michael Anthony lost his hearing when he was a toddler. For him, being deaf means being a part of a cultural and linguistic community. While ASL (which comes from a different linguistic family than BSL) isn’t his first language, he’s fluent in it.

So, when he was able to get a sneak peek of the update in Forza Horizon 5 that includes ASL, one of the things that surprised him was how much easier it was to interact with the game. He feels like he can get more involved in the game, clued into the tone of voice and enthusiasm of the voice actors in the game through the talents of the sign language actors.

“I was really impressed with the team’s willingness to take this on. One of the things I advocated early on was that they shouldn’t just get an ASL interpreter. They should get native speakers to come in and do these performances. It just can’t be done by one person. It takes a team. A lot of nuances are lost with just subtitles or captions,” says Anthony, who works at Microsoft on services that ensure creating accurate financial reports for quarterly/year-end reports and who’s also on the Gaming and Disability steering committee for the company. “But with this, I’m not missing anything. It’s giant in a good way.”’

For Jenny Lay-Flurrie, Microsoft’s chief accessibility officer, her deafness is part of who she is. When people tell her they’re sorry she’s deaf, she says she’s not. (She’s sorry they can’t sign.) For her, captions are never going to convey the depth, semantics, emotions and excitement that come from spoken language.

Knowing there are actors signing in Forza Horizon 5 means she won’t have to turn to her family, asking them what she missed.

“There are so many people with disabilities and people who are deaf. And, there are a lot of closed doors every day. And what I mean by that is that we are consistently and constantly dealing with inequities that exist. The fact that I can just be on the same level playing field as them means I’m not focused on a closed door. I’m not trying to solve for an inequity. I’m being present with my family and there’s nothing that’s more important to me than that,” she says. “It’s communicating to me as a deaf individual. Play is an important aspect of everyone’s lives, now more than ever as many will continue to be socially isolated given the pandemic.”

Gaming played a big part in getting through a traumatic injury for Tara Voelker, who leads accessibility for Xbox Game Studios. She was 10 when she was hit by a car as she was walking home from school and had an extensive recovery period.

“I couldn’t go outside, do things with my friends. I had loved playing video games anyway, so during that time period, video games were how I got to keep being a kid while I was recovering, how I was able to still do things with my friends,” says Voelker, who remembers playing the original Zelda, Sonic the Hedgehog and Indiana Jones and the Last Crusade. “That was my only life for a few months, but the impact on me is still there. I know how important gaming can be.”

A few years ago, Voelker led an inclusive workshop at Playground Games – which had committed early in the development of Forza Horizon 5 to get feedback from deaf and hard of hearing individuals – and tapped into her network of people in the disability community in the U.K. She contacted Akitt and other subject matter experts and brought them together in the same room as the developers working on the game. 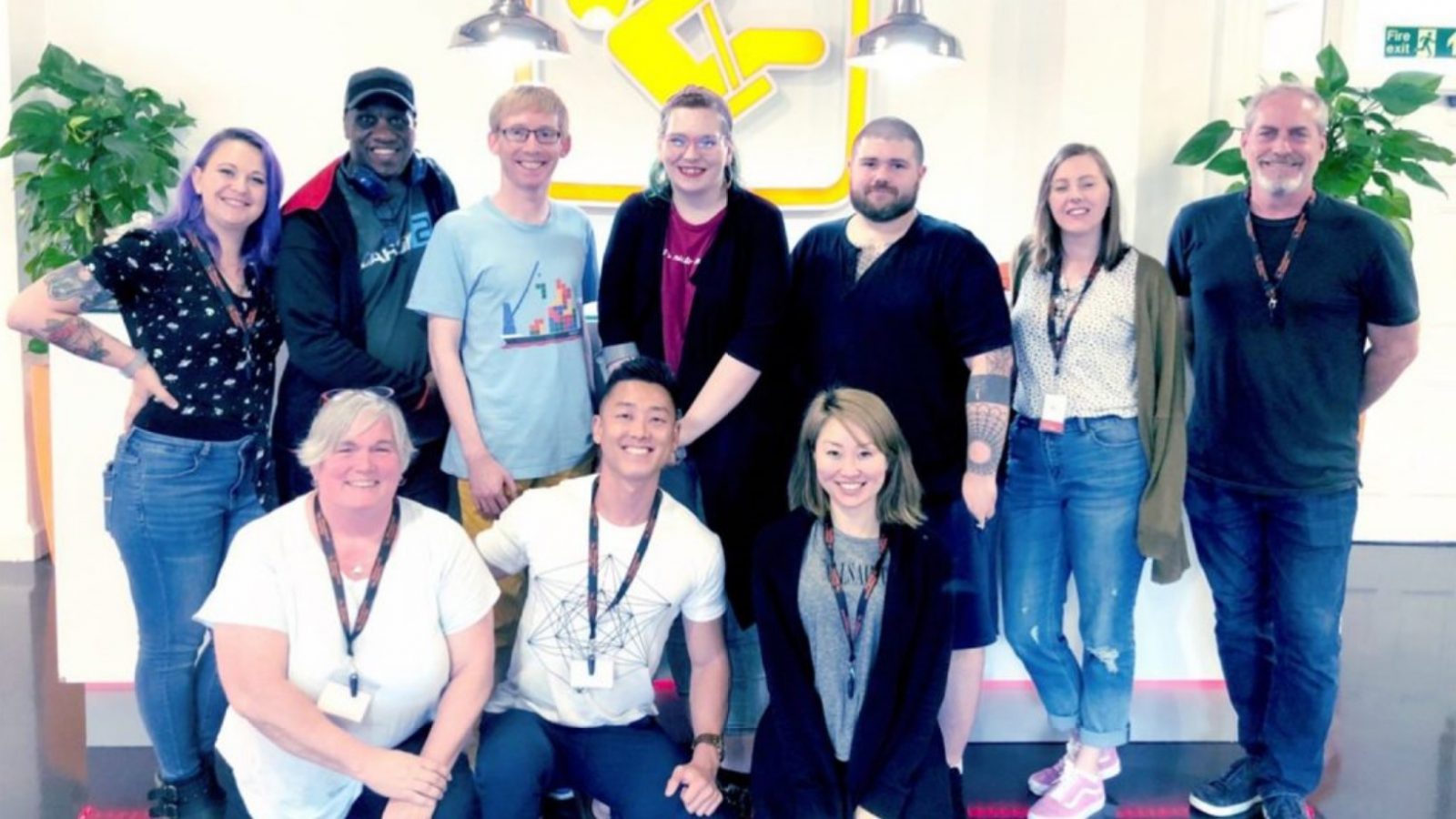 “It set the tone for the entire product going forward,” says Voelker, whose background includes game development, including BioShock Infinite. “They baked it into the development process.”

Over two days, the developers learned from people within the disability community, rotating into rooms where people shared their experiences with games and what was preventing them from having the same experience as peers without disabilities.

“We got to talk to them and understand what it is that they struggled with in-game,” says Tarnya Smith, a producer at Playground Games for Forza Horizon 5. “For me it was quite an eye opener. We learned that although we think subtitles are great and help everyone, they actually aren’t that helpful for people who are deaf or hard of hearing who rely on signing. It was a big wake up call for us.”

Playground Games made a decision at that point to make accessibility a key pillar of the game, which won the Innovation in Accessibility award at The Game Awards 2021, as well two Can I Play That? Accessibility Awards the same year.

“And we realized that there’s an opportunity to help people enjoy our games more by adding this feature,” says Mike Brown, creative director of Forza Horizon 5. “These are the key parts of the game that need to be preserved and protected.”

The team also understood the deeper need for these accessibility features.

“Games demand things of you in order to experience them. And when you do that, then there are going to be players who find different things, different levels of challenge,” Brown says. “I think we are going to keep pushing and keep solving those problems for people for a very, very long time. The complexity the games have, which is their strength, is also bringing with it a whole load of challenges that we as creators need to find a way to solve.”

It was a learning curve for Playground Games, but they course-corrected along the way.

Smith says the first thing they did was hire a company run by deaf people to hold auditions and help cast the actors for the scenes. Then they realized they needed more people: an interpreter to communicate with the cast and crew as well as with the actor and a consultant to make sure that what the actor is signing is up to standard and is good language. 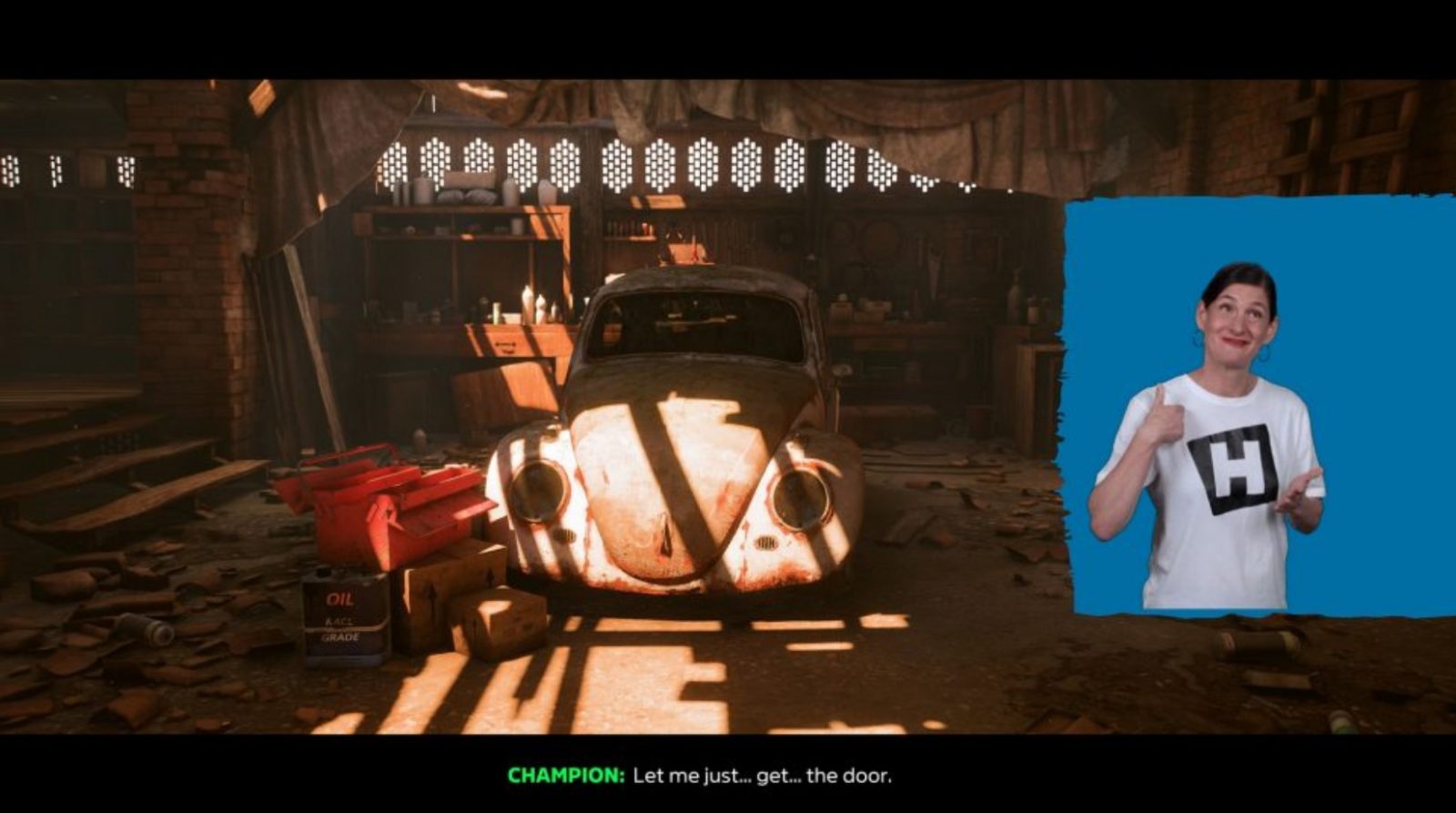 For Playground Games, the focus on accessibility prompted a whole new process of getting it all into the game and then testing to make sure it’s actually working correctly. The studio constantly consulted with the deaf and hard of hearing community, such as Akitt, who they invited back to play the game and gauge his reaction.

For Akitt, the update sets a precedent for other game studios and the gaming industry in general.

“It really sets a precedent; it sets a bar. It’s very much like new territory because if a company like Playground can do this, why can’t other big studios go to the same lengths?” Akitt says. “It’ll be interesting to see what comes. Will there be a standardizing format, will other studios emulate? And what opportunities could there be for the deaf and hard of hearing community?”

Brown says the commitment to all gamers is ongoing.

“I think it’s easy to come through the development of a game like this and start to think that maybe you’re an expert in the field of accessibility,” he says. “I think that we have to have real humility and the ability to keep going, asking questions and trying to be better.”

Stay tuned to Gaming Trend for more info on Forza Horizon 5 and for all your gaming, tech, and entertainment news!