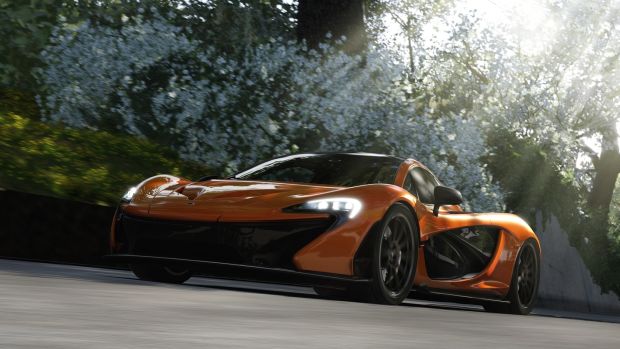 The Forza Motorsport series has been one of high quality since the dawn of the franchise back in 2005. Since then it has become sort of like a pet to Microsoft, Turn 10 and Microsoft trot one out every few years to show just how powerful the Xbox can be. It’s no shocker that Forza 5 is coming to Xbox One, but what is a bit of a surprise is the recent reveal of Formula 1 cars being featured.

The press release states a few of the cars that can be used:

“Including open-wheel cars in ‘Forza Motorsport 5’ brings ‘Forza’ fans a whole new world of racing action,” said Alan Hartman, studio manager for Turn 10 Studios. “Players will be able to drive these incredible cars on a collection of world-famous race circuits as well as our Prague city track, which we debuted this week at E3. In addition, the brand new graphics engine in “Forza Motorsport 5,” powered by the Xbox One, will let ‘Forza’ players get closer than ever to these amazing cars and to really build an appreciation for these masterpieces of race engineering.”

For the first time, “Forza Motorsport 5” will feature Formula 1 cars, including the 1976 McLaren M23 and the 1976 Ferrari 312-2 cars driven by Niki Lauda and James Hunt, respectively, during the 1976 F1 Season.  These models are the same cars featured in Universal Pictures’ upcoming Rush, an epic action-drama directed by Academy Award® winner Ron Howard, and will be available as a free download to all “Forza Motorsport 5” players at launch.

Forza 5 will release this November on launch day exclusively for the Xbox One.