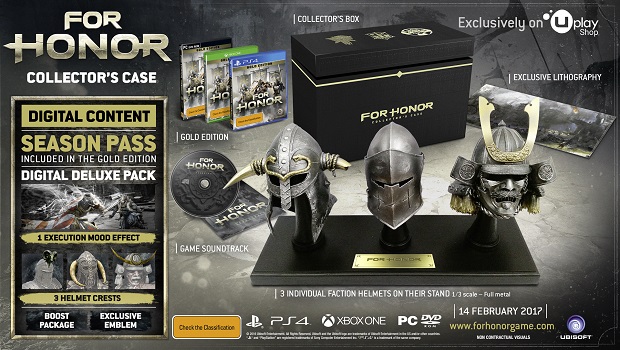 Ubisoft has revealed during Gamecom 2016 in Cologne, a Collector’s edition for its upcoming game For Honor. The edition called the For Honor Collector’s Case is exclusive to the UPlay Store and contains:

Also, for those of you who pre-order For Honor, you will get the Legacy Battle Pack. This pack includes three Hero outfits embodying the ferocious spirit of each faction. These three armor styles are exclusive to the Legacy Battle Pack and wearable by the Warden, Raider, and Kensei Heroes.

Don’t forget, For Honor will be available on February 14th 2017. We also checked out For Honor at E3 2016, and were left very impressed.