The first gameplay demo for The Fabulous Fear Machine, a new narrative-driven and real-time strategy game, is available to download on Steam until April 15th, 2022. You can check out a guided demo and interview above and read more below:

New York, U.S.A. April 11, 2022 – AMC Games and Fictiorama Studios today announced that their upcoming title, The Fabulous Fear Machine, has debuted its first public gameplay demo on Steam as part of the London Games Festival. The new narrative-driven strategy game is an official selection for “Narrative Excellence” at the festival.

Download the new demo for The Fabulous Fear Machine until April 15: https://store.steampowered.com/app/1540350/The_Fabulous_Fear_Machine/

The Fabulous Fear Machine is the newest game from the creators of 2018’s cult hit Do Not Feed the Monkeys. A single-player, real-time strategy game with a retro horror comic style, The Fabulous Fear Machine casts the player as a newly minted “Master of the Machine.” To pursue their goals, players must generate and spread fear through the careful cultivation of various Legends—those scary stories, urban myths, and conspiracy theories that lurk in the dark corners of the mind. 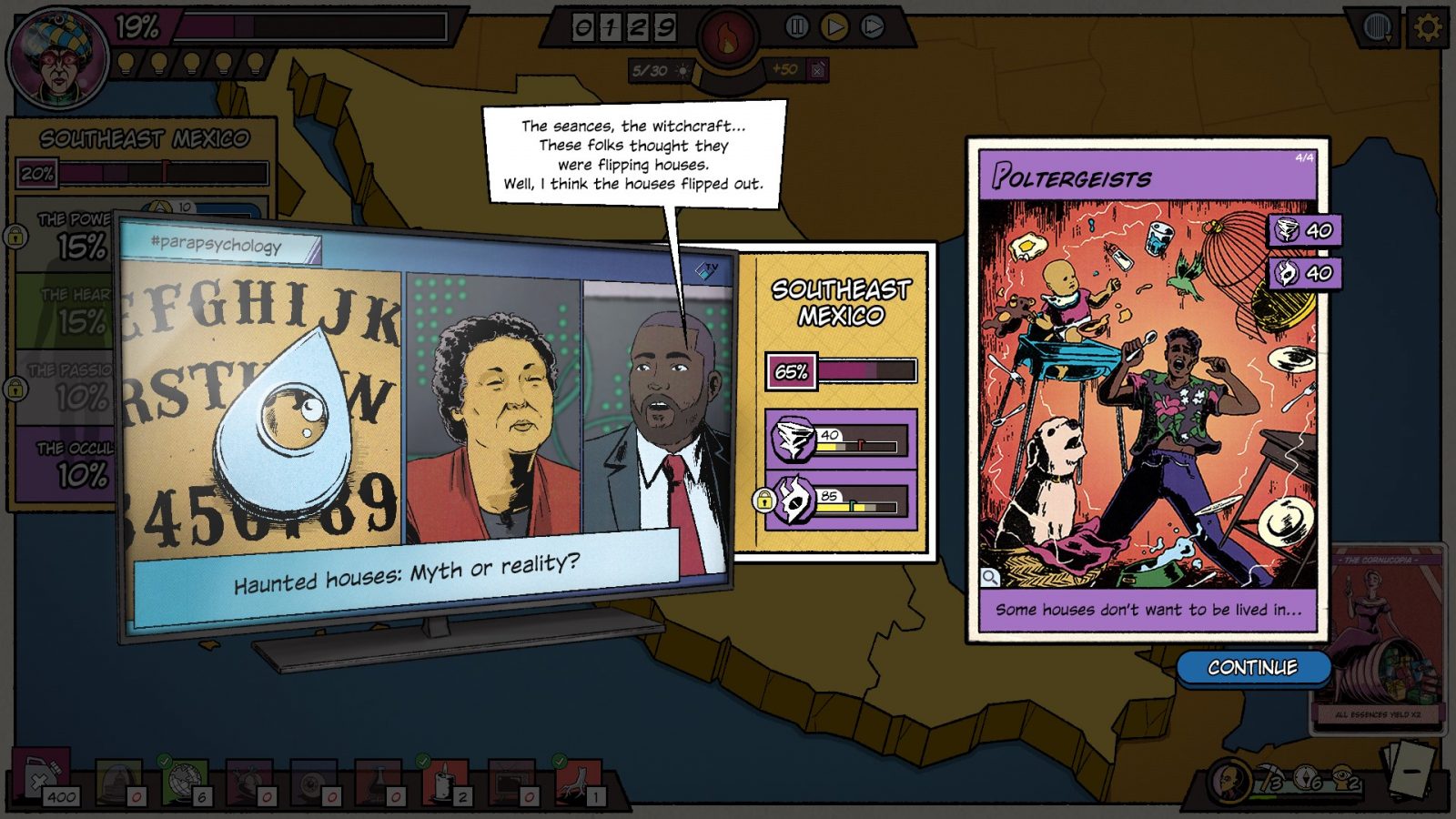 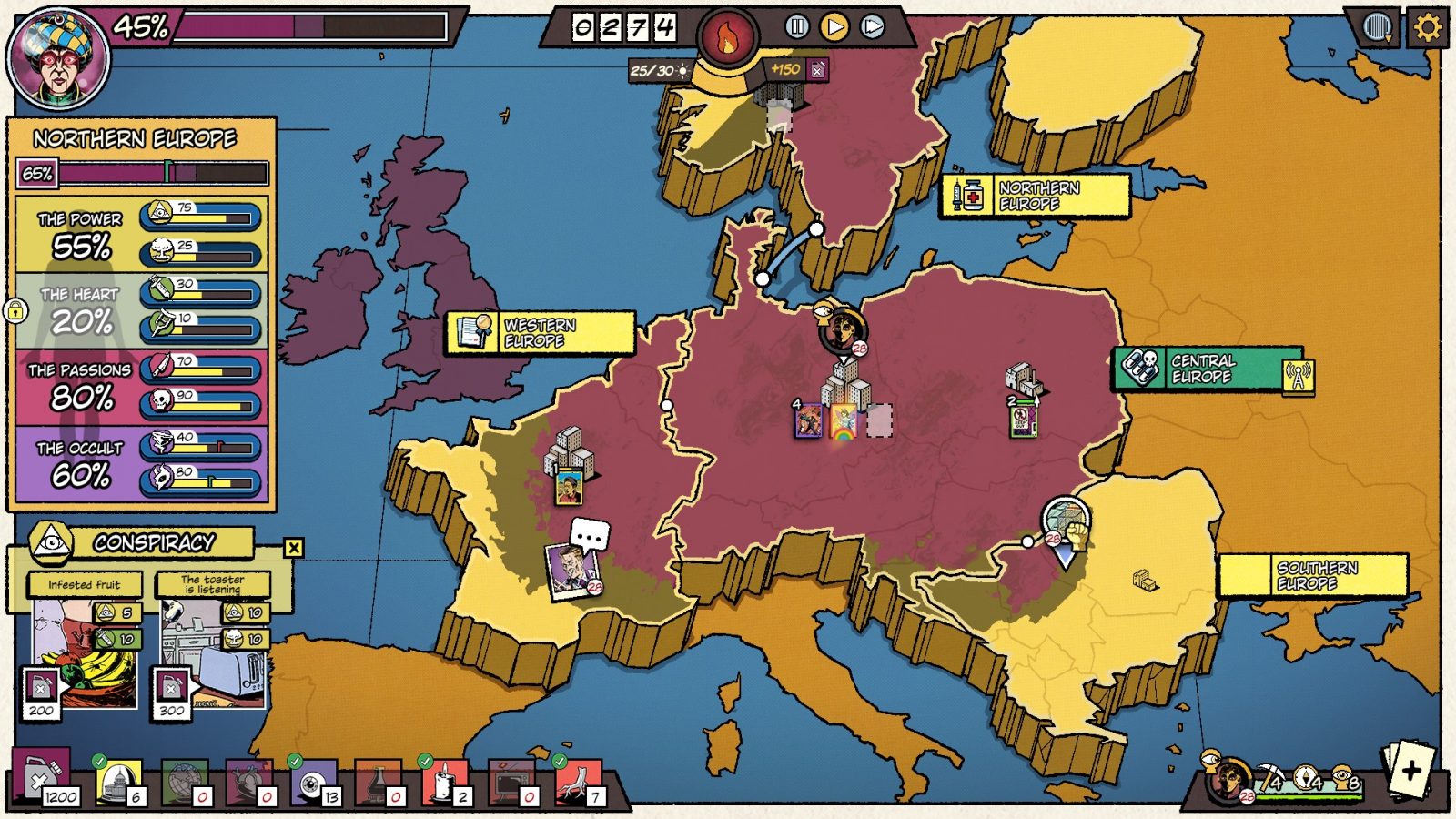 The gameplay demo features several newly revealed mechanics in the game, as well as a tutorial and a preview of the game’s first major storyline. Players will learn how a Master selects their goals for a region and strategically places their agents. The demo also teaches how Legends work and the process of evolving them to grow their power. Finally, it introduces the game’s first “Rival,” an NPC with the ability to deeply impact the game’s narrative and strategy elements.

This is the third title from AMC Games, which is partnering with AMC Networks’ premium horror streaming service Shudder on the project. Early development of The Fabulous Fear Machine was supported by Red.es and FEDER (European Regional Development Fund). 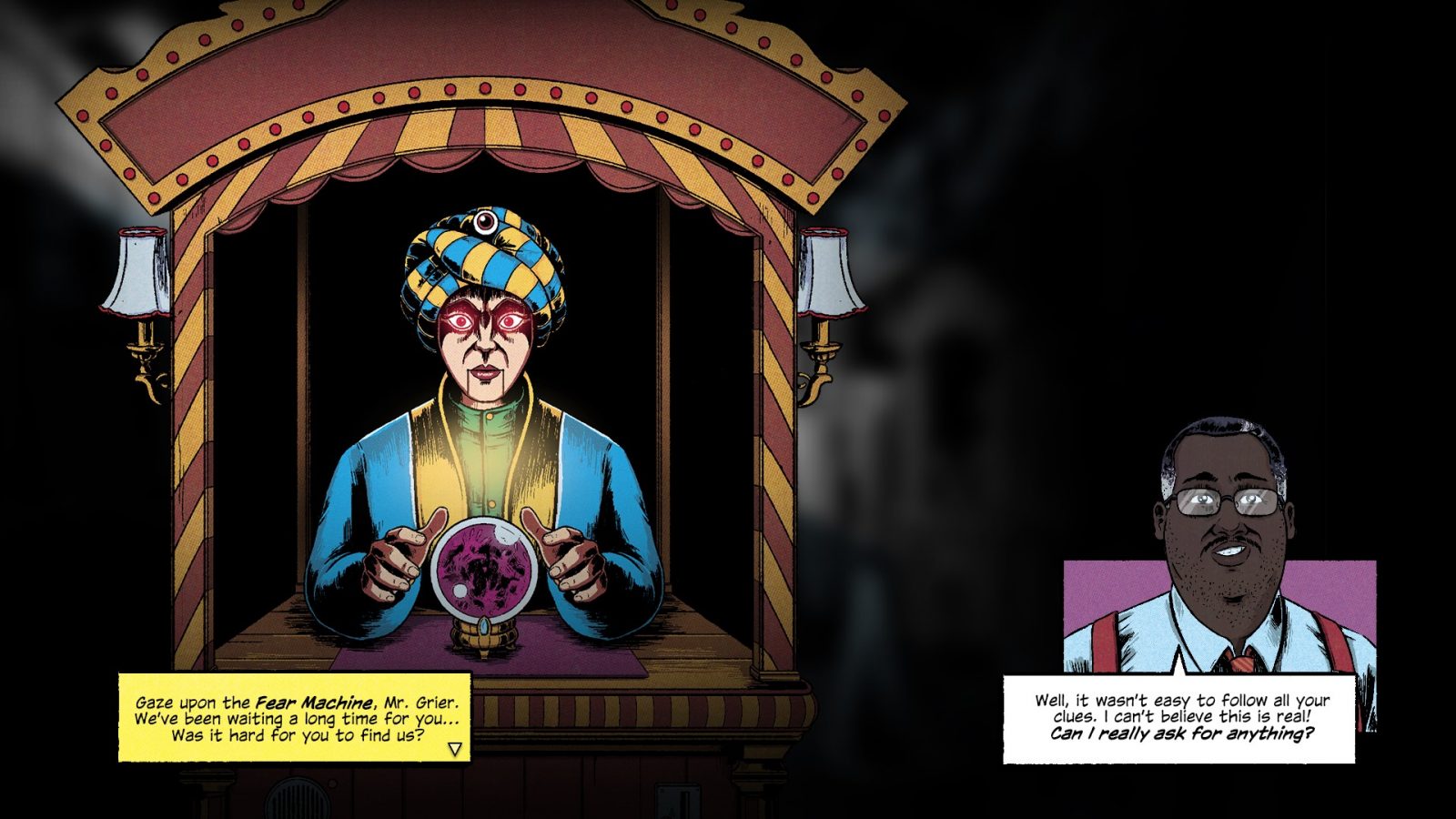 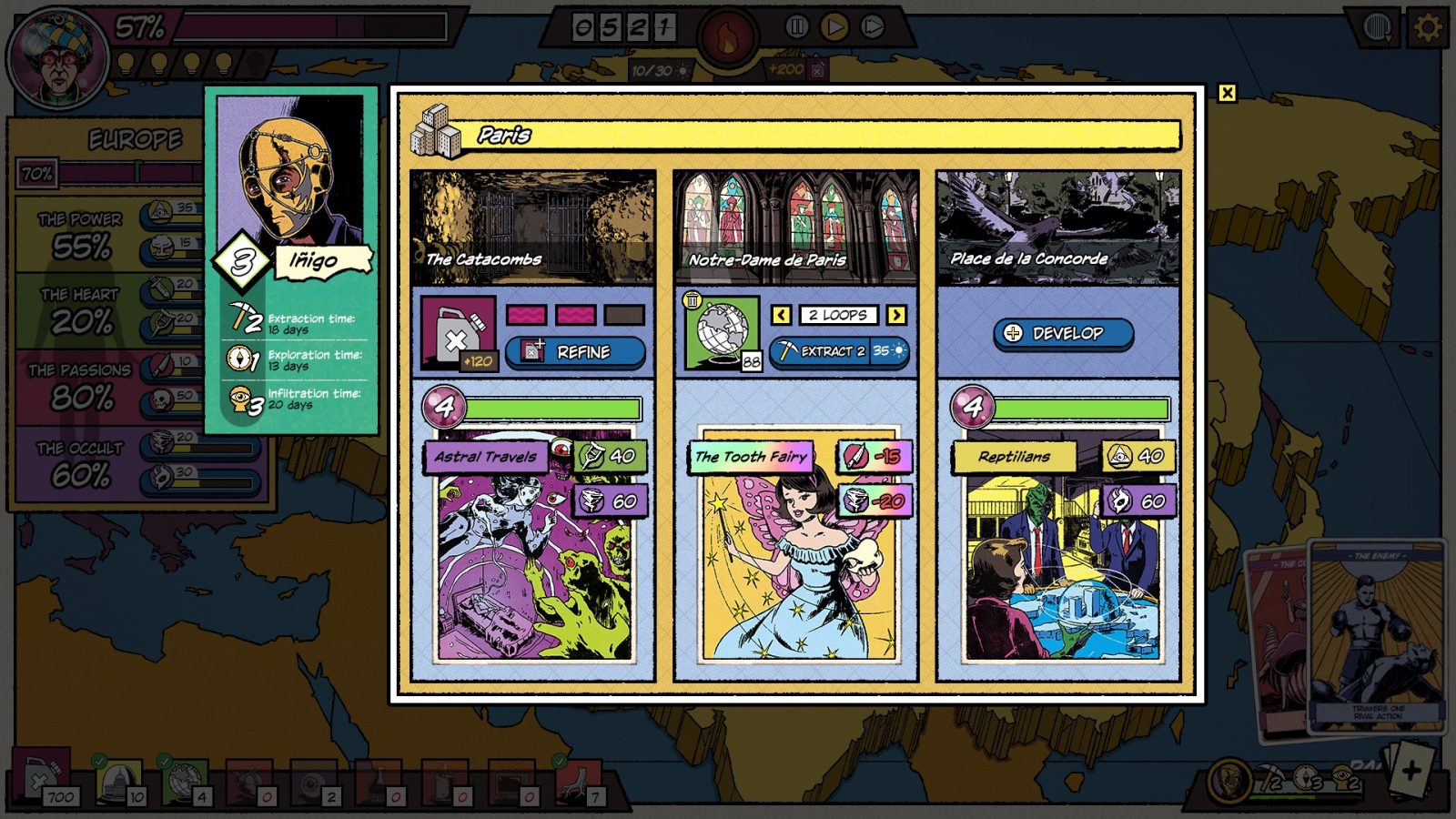 The Fabulous Fear Machine is coming to PC in Summer 2022 on Steam, Epic Games Store, and GOG.com.