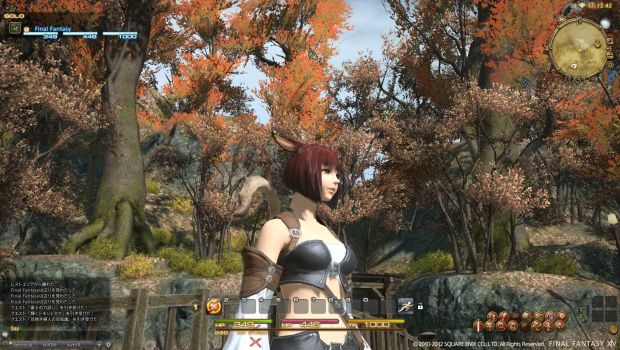 The team at Square Enix are almost ready to re-release the much-improved Final Fantasy XIV: A Realm Reborn – their Massively Multiplayer title that has been in Beta for a good amount of time.   To give interested fans a chance to ask questions of the production team, they are also announcing an interactive Producer chat for the game.  Producer & Director Naoki Yoshida will take questions via this thread at the official site prior to the 30th of this month and will answer them live on a to-be-announced YouTube feed.   If you are interested in Beta Testing the game for yourself, they are also taking applications (it’s not Open Beta free-for-all quite yet) at this page as well.   With a chance to try it on PS3, Windows PC, or both, this could be a pretty cool chance to take it for a spin prior to the relaunch.  When is the relaunch you might ask?  Final Fantasy XIV: A Realm Reborn will launch on August 27th, 2013.

For those woh are all in, there will also be a Collector’s Edition of the game.   It’ll be $79.99 for PS3 and $69.99 for the PC and comes with an 80-page art book, five character artwork cards, the soundtrack, a disc of the cinematics from the game, a security token, and four in-game bonus items.  The bonus items are a Helm of Light, a baby Behemoth pet, a Couerl mount, and Behemoth Barding.   You can feast your eyes on it in the image below. 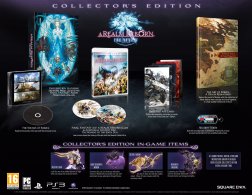