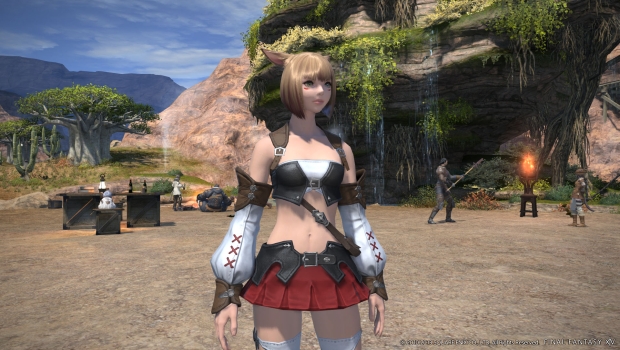 The team at Square Enix are prepping for the release of Final Fantasy XIV: A Realm Reborn and have finally announced the open beta test, early access, and finally the release date for the game.   Here are the details, including some of the added perks for simply being a veteran of the series.   Did you play the original?  You’ll absolutely want to read this then…

SQUARE ENIX today announced the open beta test and early access dates for FINAL FANTASY® XIV: A Realm Reborn™. New users will be able to participate in the open beta test from August 17th through the 19th, both for Windows PC and PlayStation® 3 system, giving players the opportunity to dive in to the massive-scale RPG’s final testing phase. In addition, fans that have pre-ordered the game will receive early access and be among the first to play the game beginning August 24th.

During today’s FINAL FANTASY XIV Letter from the Producer LIVE, Naoki Yoshida (producer and director) also shared some upcoming incentives to get players even more excited for launch:

· Veteran Rewards – Enjoy various bonuses based on how long you have been a FINAL FANTASY XIV: A Realm Reborn subscriber (30, 60 & 90 days). By starting with a 90-day subscription, players receive all 30-day, 60-day, and 90-day bonuses at once.

For those who aren’t in the early access program, you’ll be able to pick up Final Fantasy XIV: A Realm Reborn on PC or PlayStation 3 on August 27th.   Given the open beta status shortly, there is no reason to not try it out.  If you like it you can still hit the official site and pre-order the game for yourself for early access.    We dug the closed beta as you can see in our preview here – stay tuned for our final words on the game slightly after launch.