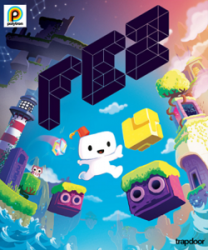 The independent game Fez is getting a patch. Actually, it’s the first patch being re-released despite a potential savegame-killing problem. Why not fix it? Certification fees.

… as it turns out, the save file delete bug only happens to less than a percent of players. It’s a shitty numbers game to be playing for sure, but as a small independent, paying so much money for patches makes NO SENSE AT ALL. especially when you consider the alternative. Had FEZ been released on steam instead of XBLA, the game would have been fixed two weeks after release, at no cost to us. And if there was an issue with that patch, we could have fixed that right away too!.

Yup, indie developers have to pay tens of thousands of dollars to patch their XBLA games. With prices like that, it’s a wonder that patches are released at all! You can read the full announcement over at Polytron’s website.