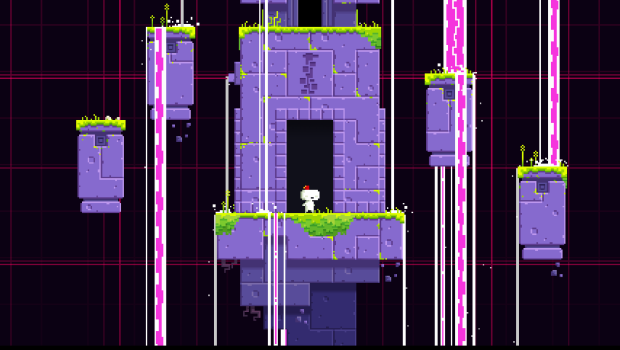 The brain-bending “Fez” will be making its way to Sony platforms coming March 25th, states the Playstation Blog. It will be heading to the PS3, PSVita, and the PS4.

One large question comes in the form of visuals for the new versions of Fez, and producer Marie-Christine Bourdua promised that the game “…runs smoothly at native resolution on PS Vita, and 720p at 60 frames per second on PS3.’ This is obviously good news, but what about the PS4 version. This next-gen installment will run at a “beautiful” 1080p, 60 FPS.

She also promises that the PS4 version looks “even crisper and blockier.’ Which sounds pretty damn good to me.

It would not be a Fez release if there was not at least some new easter egg to feast upon. Thankfully, Bourdua gave us a slight tease as for what to expect… “(The) DualShock 4’s lightbar has been put to the task of bringing a little bit of Fez’s world into your own home, and you may not need to search for that dusty pair of red/cyan glasses to experience a very late-game easter egg…

Fez will be hitting your PS3, PS4 and PSVita marketplace come March 25th.