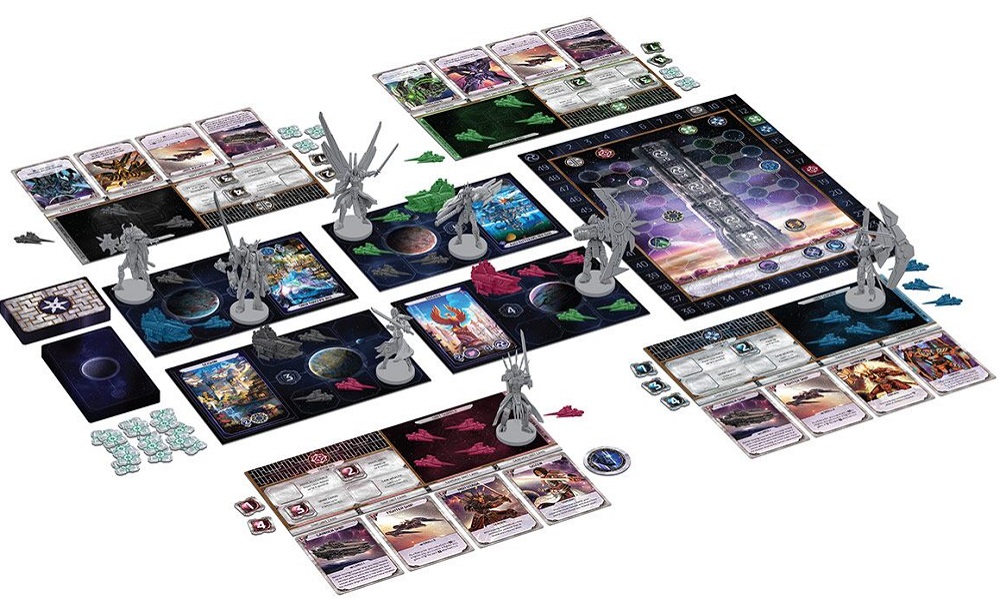 Today, Plaid Hat Games announced that it has released the board game Starship Samurai. The game supports two to four players and will control different Samurai with unique abilities in order to win.

Lead your clan to victory in Starship Samurai, an epic, fast-paced game of area control, fought among the stars of the Lotus Galaxy! Take command of the galaxy’s mightiest clans to secure your claim to the emperor’s throne. Explore a world of political intrigue and earth-shattering combat from acclaimed designer Isaac Vega (Dead of Winter, Ashes).

Take control of your clan and lead your fleet of ships to glory with cunning tactics and political manipulation. Battle for control of key locations in the Lotus Galaxy to increase your clan’s honor and sway lesser clans to your cause. Each round, players will use an innovative action selection system to use one of four available actions: Gain Wealth, Move Units, Draw Cards or Move a Clan Token. The value of each action is determined by the token used (1-4). This system allows players to adjust their strategy at a moment’s notice to reflect the challenges they’ll face from rival clans. Move your ships and Samurai to block a key location, draw cards to change the course of battle, move a Clan Token to secure your claim to the throne or generate wealth to give you even more options. Each player will control two Samurai with unique abilities that can vary their strategy and change the outcome of any game. These advanced Mechs are the heart of your fleet’s power, capable of destroying enemy ships with ease and shifting battles in your favor. Use them wisely!