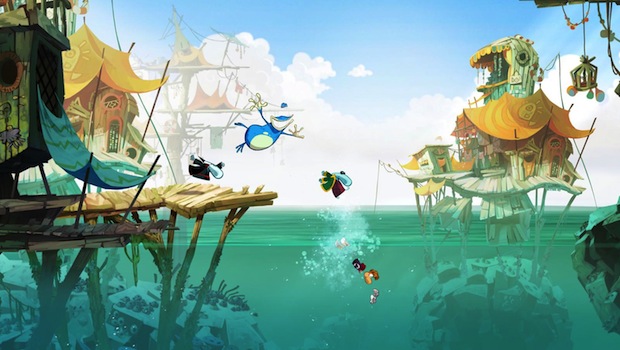 Ubisoft launched a new gameplay video today for the upcoming Rayman Legends entitled “20,000 Lums under the Sea,” which comes as a sea-salty follow-up to the very impressive “Mariachi Madness” that came out earlier this month. Like the previous video, this clip features some very endearing music, although it relies more on creative editing to give you a feel for the new level, as opposed to the straightforward level playthrough that was “Mariachi Madness.” In other words, this functions more like a traditional trailer, but it is no less entertaining to watch, and introduces some new costumes, including a Splinter Cell variant(!).

Rayman Legends will be released for Playstation 3, Wii U, and Xbox 360 on September 3rd, 2013, and looks to engage players with its luminous side-scrolling adventurousness, along with eye-catching graphics and highly polished gameplay mechanics. The new level shows off even more of the globe-trotting variety that you’ll find in the upcoming release:

Throughout the underwater level, players will manipulate light and dark using gameplay mechanics requiring stealth and infiltration to defeat new types of enemies and levels.

If you own a Wii U, there’s a playable demo available now that you can download through the Nintendo eShop, which takes players through the Online Challenge Mode in Legends, and “provides new daily and weekly challenges.” You can also pre-order the game at your local GameStop, which gives you exclusive character costumes that will be based on characters from the Ubisoft canon. Each costume will be console-specific: Xbox 360 gets the Splinter Cell-themed costume, while Playstation 3 and Wii U will be blessed with an Assassin’s Creed variant. Check out the new video and additional box art and screenshots below, and head to www.raymanlegends.com for even more information, screens, and content. 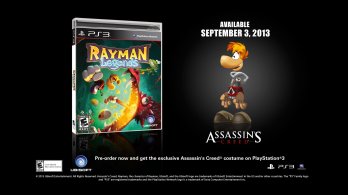 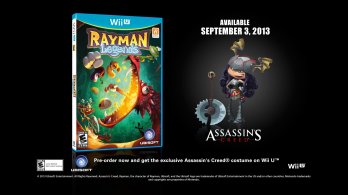 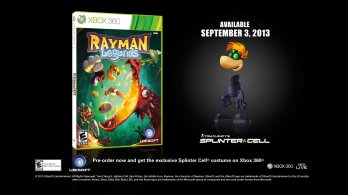 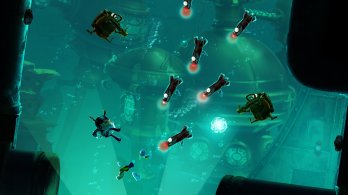 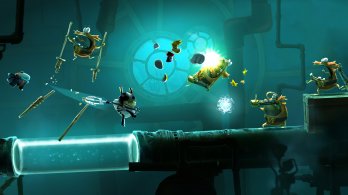 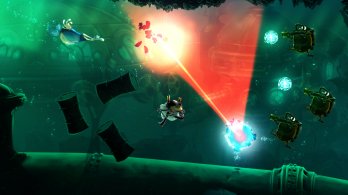 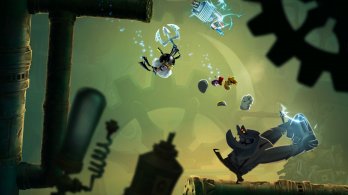