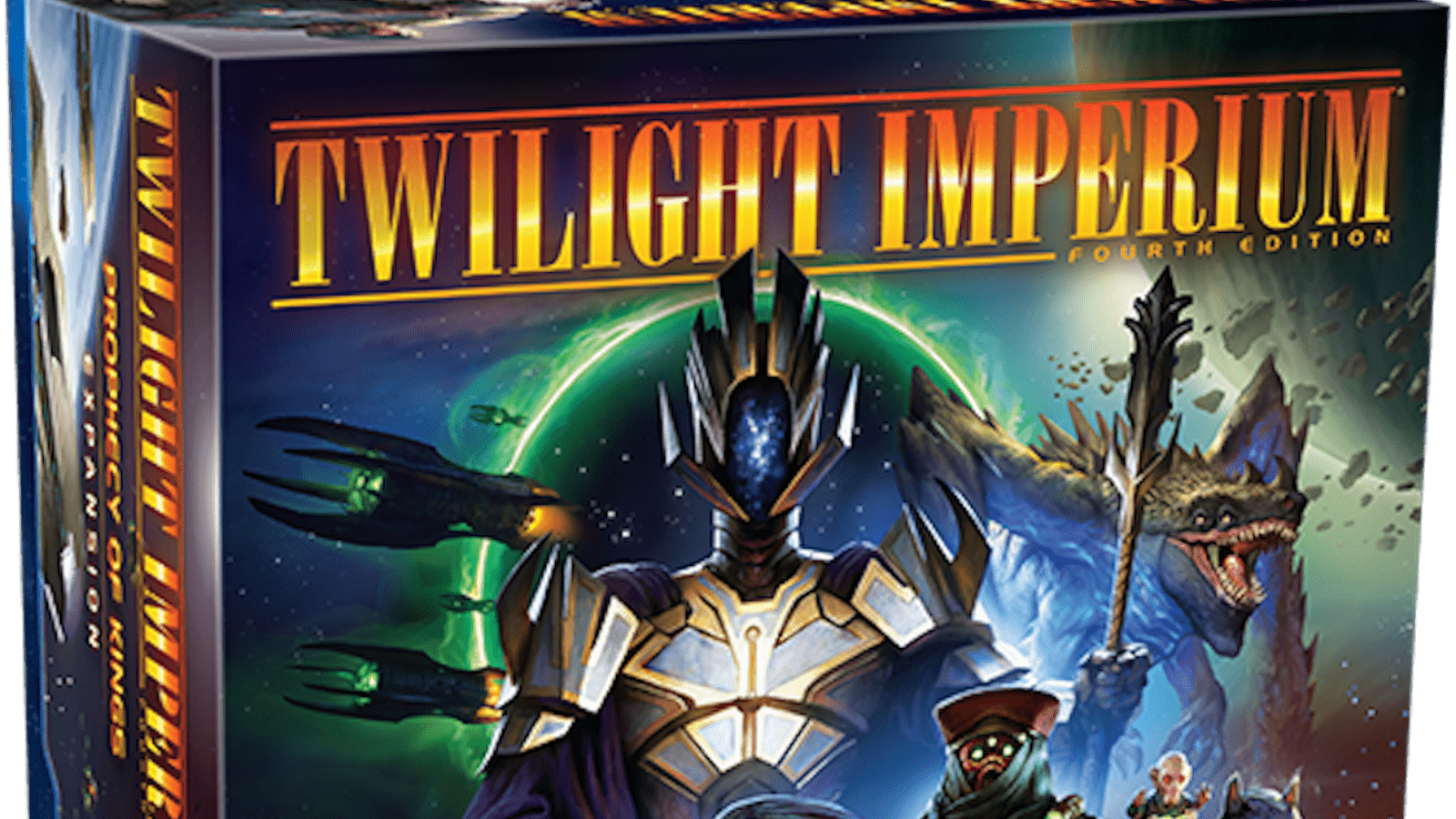 The most epic game in Fantasy Flight’s collection just got bigger and more exciting. Prophecy of Kings is the new announced expansion for the behemoth. Fans will be excited not only for extra factions, but new planets and mechs to boot! You’ll need a bigger table though, as it also allows for an 8 player game.

This massive expansion is packed to bursting with new content that you can add to your games of Twilight Imperium. The galaxy has grown far larger, as seven never-before-seen factions enter the game, each boasting their own unique strengths and weaknesses, from the gene-altering powers of the Mahact, to the watchful guard of the Argent Flight, to the mysterious and ancient Empyrean. And new factions aren’t the only way the galaxy grows bigger! Forty new system and hyperlane tiles add new planets and obstacles to the map, and with two new colors of player components included in the Prophecy of Kings expansion, you can play Twilight Imperium with up to eight players. 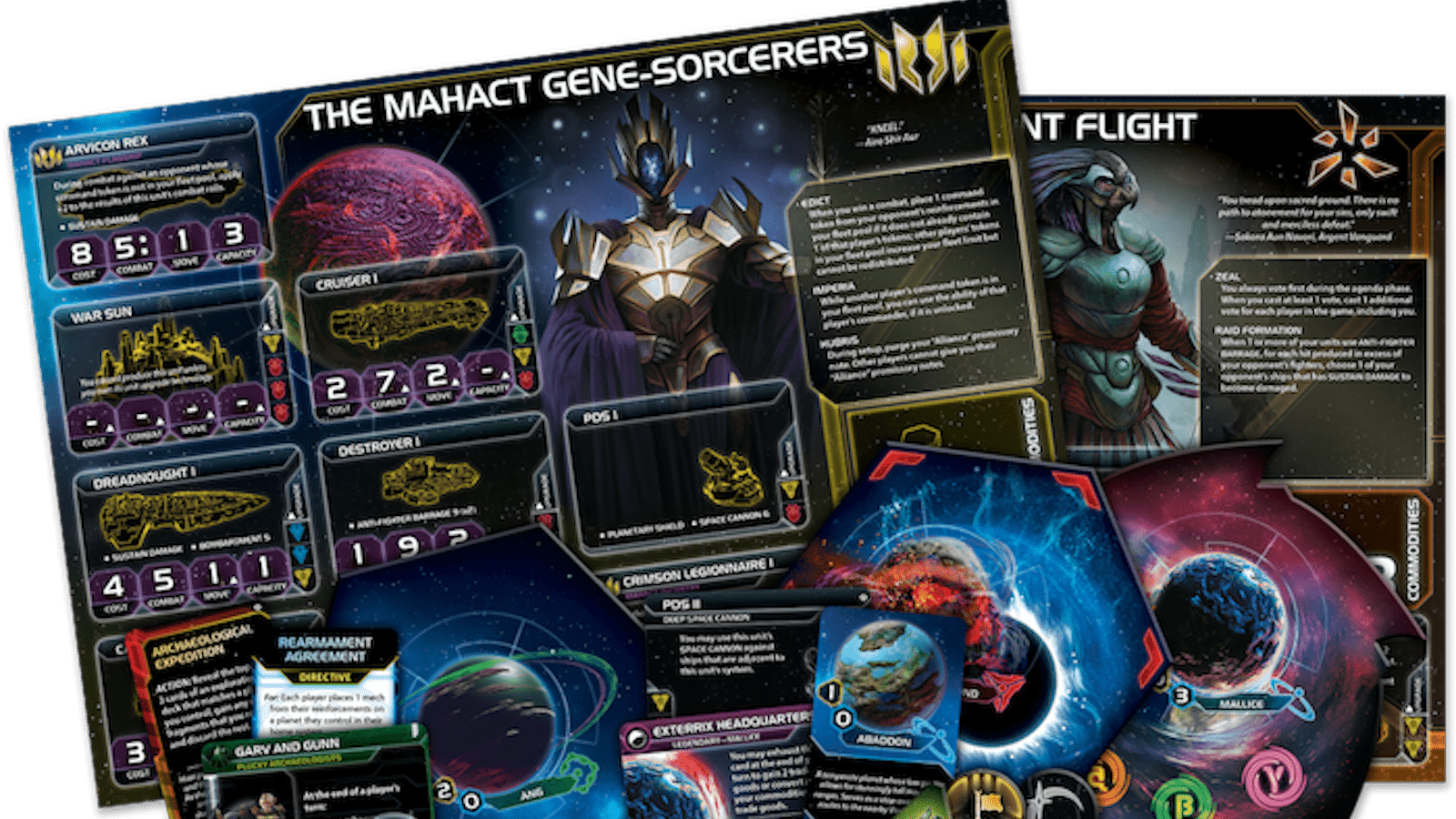 Factions from the Core Set find a host of new tricks arriving with the 74 leader cards included in Prophecy of Kings. Every faction now has three types of leaders: an agent, a commander, and a hero. At the beginning of the game, your agent, such as Evelyn DeLouis of the Federation of Sol, or Carth of Golden Sands for the Emirates of Hacan is your only unlocked leader. Agents must be exhausted to use their ability, but they still offer some powerful effects.

These leaders aren’t the only faction-specific bonus brought about by Prophecy of Kings. Powerful new mechs stomp onto the battlefield, crashing through infantry with ease, and every faction boasts its own unique type of mech. For example, if you fight for the Mahact Gene-Sorcerers, you’ll harness the Starlancer. When an opponent activates a system with your Starlancer, you can spend their token from your fleet pool to immediately end their turn, stopping an attack before it begins. 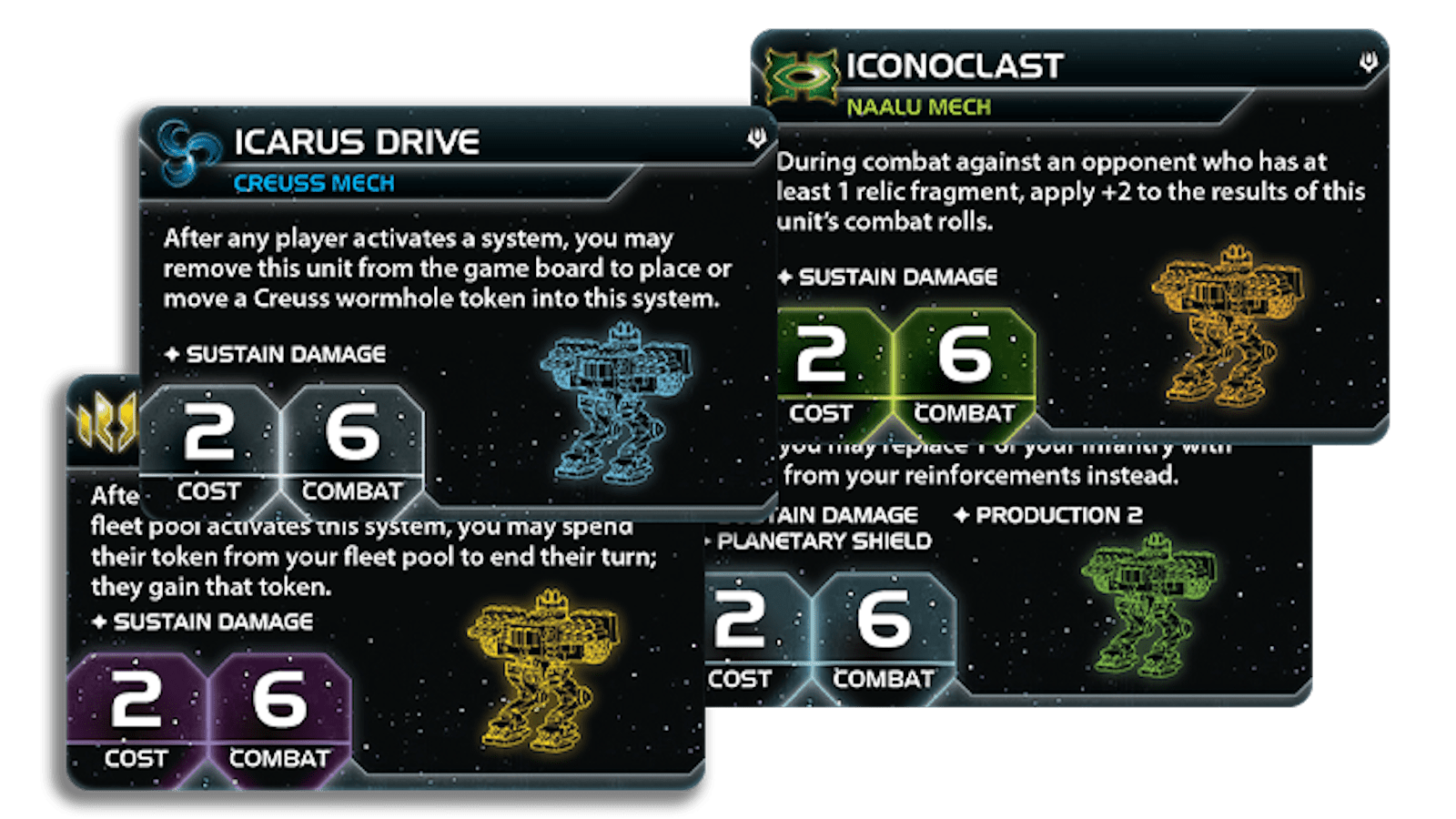 As you venture into the unknown depths of the galaxy, you’ll find forty brand-new planets waiting for you—and for the first time in Prophecy of Kings, you’ll have the experience of setting foot on a new world for the first time. Four exploration decks are included in this expansion—a deck for cultural, hazardous, and industrial planets, as well as a frontier exploration deck for factions who have researched the necessary tech to explore the void of space.

You get all that and more with the expansion adding a lot of depth to a favorite of heavy gamers everywhere. You can preorder the expansion at Fantasy Flight’s website here. They promise for a release date in the fourth quarter of this year.