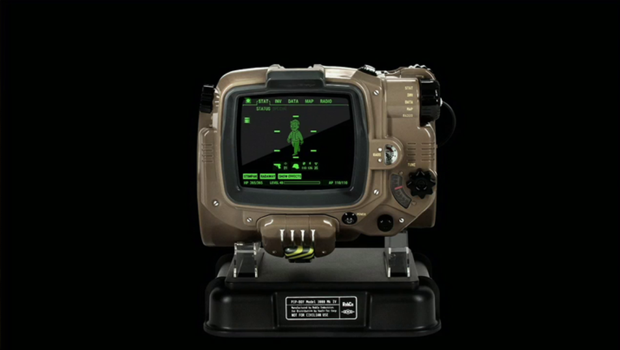 The Pip-Boy is critical to the Fallout experience, and it was announced at Bethesda’s E3 2015 conference Fallout 4 will feature the “best Pip-Boy” yet.

The team has put a lot of work into making the Pip-Boy come to life.  As the player thumbs through his or her stats, the in-game character moves switches and shakes the model around.

Tapes found throughout the game can be played on the new Pip-Boy.  Some will be audio logs that expand the world’s story, while others will be playable mini-games inspired by old-school games like Missile Command and Donkey Kong.

There will also be a second-screen app as well as a real-world model Pip-Boy for use with your phone.  Sure it may be a silly gimmick, but “as far as stupid gimmicks go, it’s the best fucking one I’ve ever seen,” according to the game’s game director and executive producer, Todd Howard.  Players will be able to access the in-game Pip-Boy from the app, in addition to an external app titled Fallout Shelter.