Today, Ivy Games announced that it will release an expanded version of the indie platformer Gravity Ghost for PlayStation 4 on August 6. Gravity Ghost: Deluxe Edition will come with a brand-new constellation featuring multiple levels, as well as lightbar integration for DualShock 4 controllers.

In this unconventional coming-of-age story, a ghost girl explores a shattered galaxy in search of her lost best friend.

Set in a beautiful hand-painted world, Gravity Ghost: Deluxe Edition is a planetary platformer where orbiting is an art form. Soar across the galaxy, slingshotting between planetary orbits. Reach euphoric heights in over 100 vibrant levels where planets bounce, break, splash, spin, repel, and more.

Terraform and rejuvenate worlds across eight stunning constellations. Surf the night sky, careen through the cosmos, and find the fox on a genre-defying journey through the heart of the galaxy. 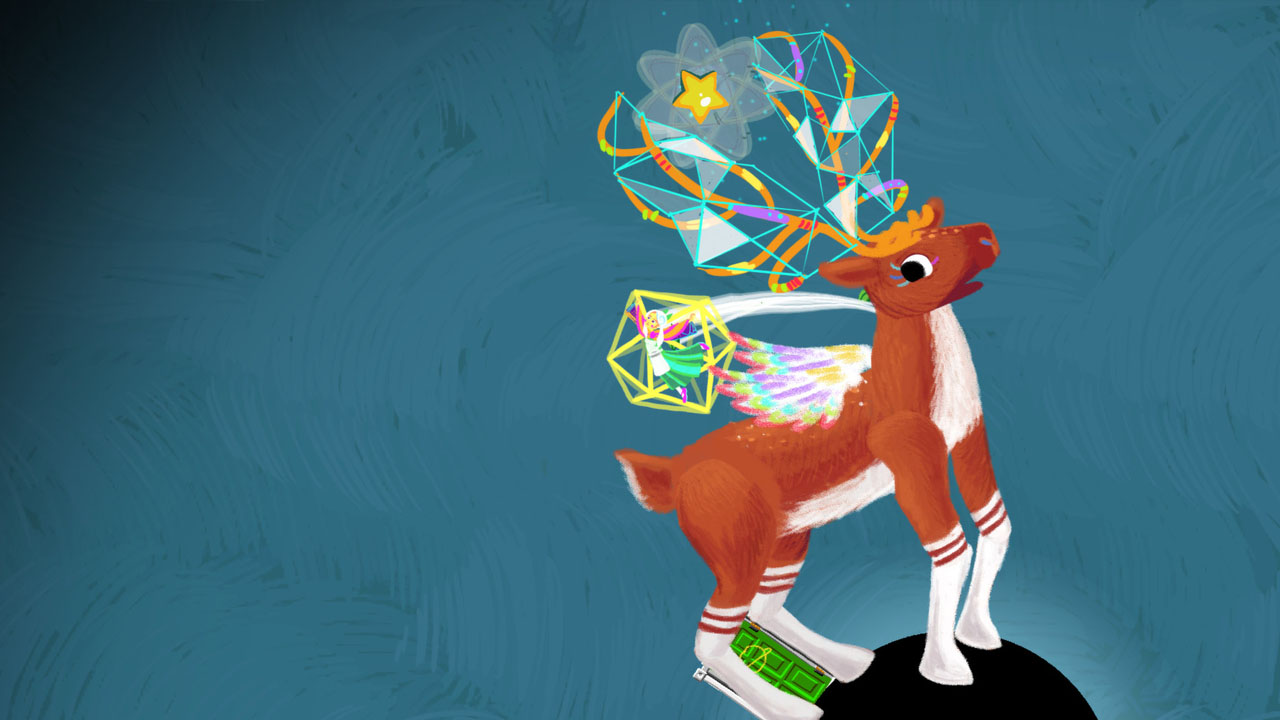 “After three years of pouring my heart and soul into development, I was excited to share the game with the world. I knew this was my best work but was still unsure of how it would be received,” said Erin Robinson Swink, founder, Ivy Games. “After the exceedingly positive reaction to Gravity Ghost from gamers and the media upon its PC release, I had to bring it to the PlayStation community.”