The creators of Exploding Kittens and Wolfgang Warsch, creator of The Mind, have teamed up to create On a Scale of One to T-Rex, a game for people who are hilariously bad at charades. This game will have players performing actions at the same time on different levels of intensity. 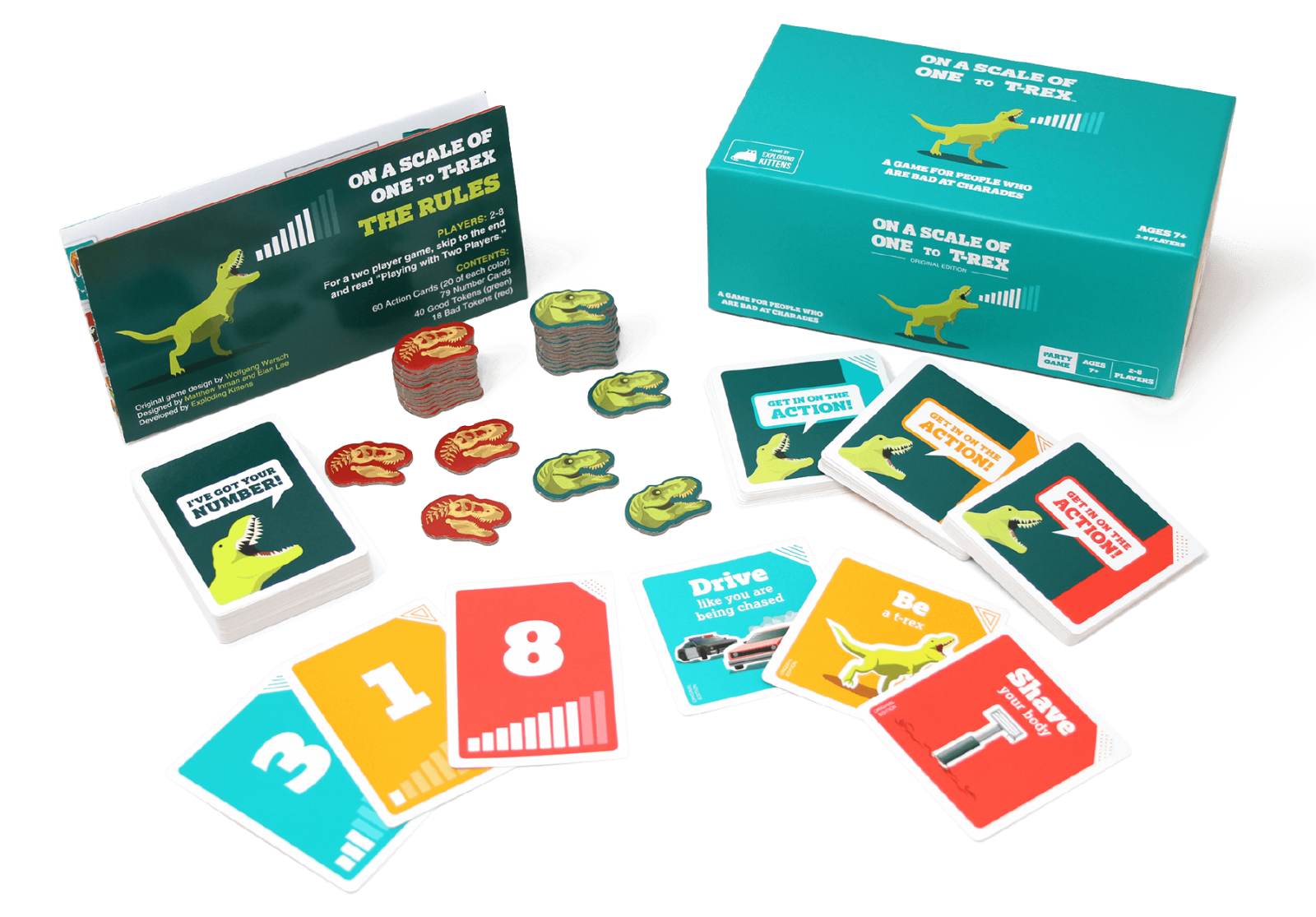 On a Scale of One to T-Rex will be released exclusively on Amazon on November 5th, 2019. For more information, visit the official website.