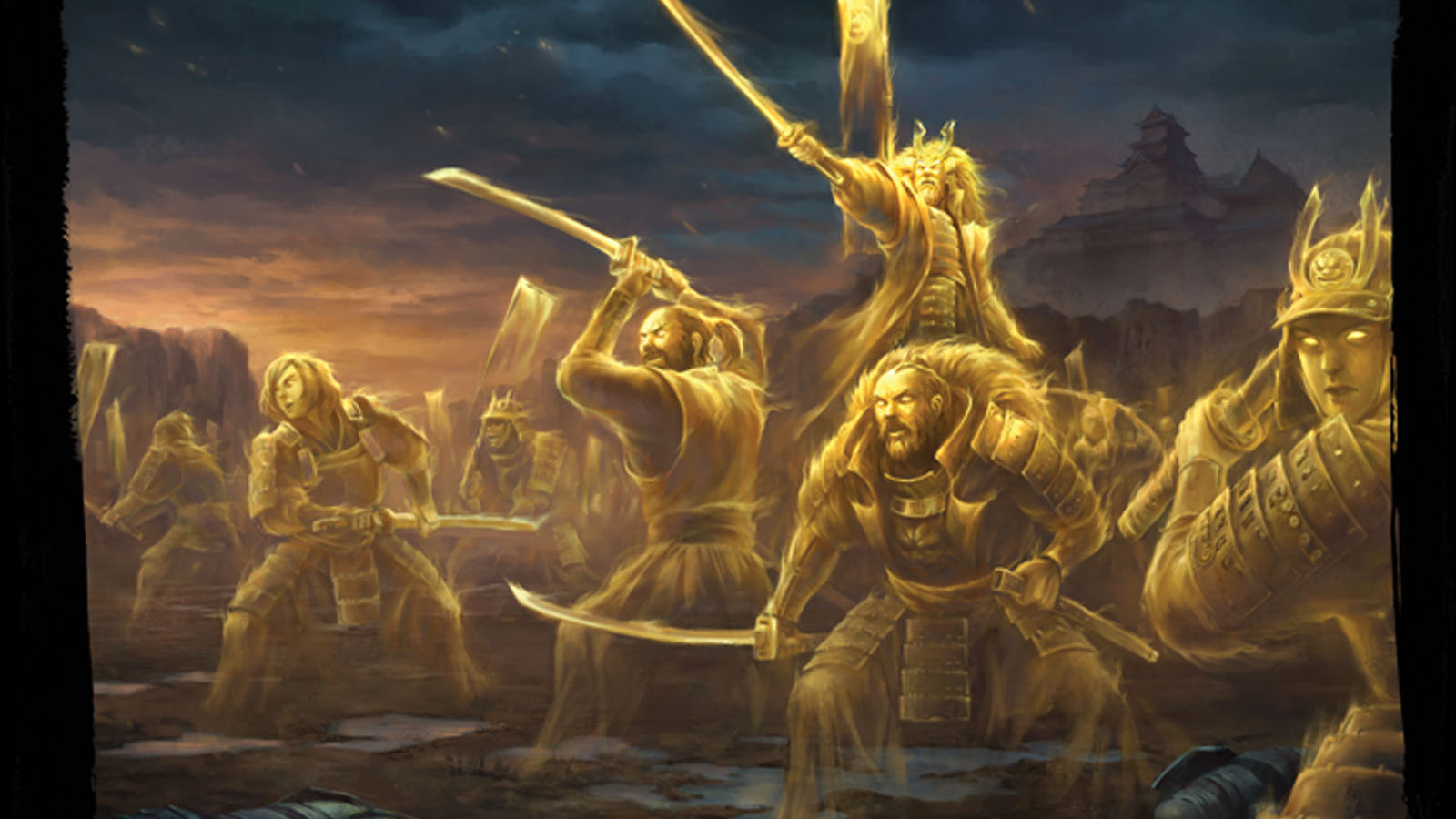 Fantasy Flight Games has announced a new sourcebook, The Fields of Victory, and an adventure, Blood of the Lioness, for Legend of the Five Rings Roleplaying. These new books will include information about Rokugan and the Great Clans’ history to further enhance the storytelling and character development. These new additions are scheduled to be released in early 2021.

Fields of Victory contains three chapters overflowing with information about warfare in Rokugan, both past and present, as well as providing new gameplay and character-building options for players. The valiant Lion Clan has always taken great pride in their study of history, including their methods of preserving it, and so much of the information about famous Rokugani battles of the past is presented from the Lion Clan’s perspective. This book provides Game Masters with an arsenal of supplemental rules, tools, and guidance for staging grand battles in their own campaigns; meanwhile, players receive new character options through the introduction of the Badger Clan, ten new schools, and a variety of new titles and techniques to expand on existing player characters.

Once you’ve familiarized yourself with Rokugan’s traditions of warfare, you and your group can tackle the new Blood of the Lioness adventure. This exciting tale takes you and your fellow samurai from the iconic Akodo War College to a heated battlefield on Snow Plain, and the actions of your party could help protect the peace in Rokugan—or plunge it into the chaos of war.

The Imperial Legions
There is much that can be learned from studying the history of war and of peace. The Lion Clan has always believed in this, and the first chapter of this sourcebook delves into that history that they love to study, as well as methods of preserving it and several Rokugani libraries and academies where it can be studied. The chapter also sheds light on logistics, travel, and farming in Rokugan, which are all critical aspects when executing a successful military campaign. The chapter concludes with a glimpse of the Lion Clan in the current era, particularly its role in the Empire’s armies.

Fields of Victory also introduces the Badger Clan as a new Minor Clan for players to utilize in their games. These expert weaponsmiths are tasked with defending the Empire’s northern border, and they take this duty very seriously. The Badgers are raised from childhood to be watchful and ready to sound the alarm at any time, yet despite their toughened exterior they have a great fondness for visitors and news of the rest of Rokugan. In addition to the Badger Clan, the second chapter of this sourcebook introduces ten new schools across the various clans, a plethora of new titles and techniques to expand upon players’ character-building options, and an array of new weapons and personal effects perfect for an era of war.

The third and final chapter of Fields of Victory provides Game Masters with over thirty pages of new tools and advice for running wartime scenarios. The first—and arguably most important—of these tools is an entire section dedicated to expanding the rules for mass battles; using the information in this sourcebook, a GM could weave the narrative of a battle with hundreds or even thousands of combatants. The chapter also includes important logistical information, such as rules for how to raise, equip, and train an army, and new environmental information, especially pertaining to how certain environments can affect a marching army or turn the tide of a battle. This chapter is the ultimate resource for Game Masters and samurai who wish to experience the wars described across Legend of the Five Rings lore firsthand. 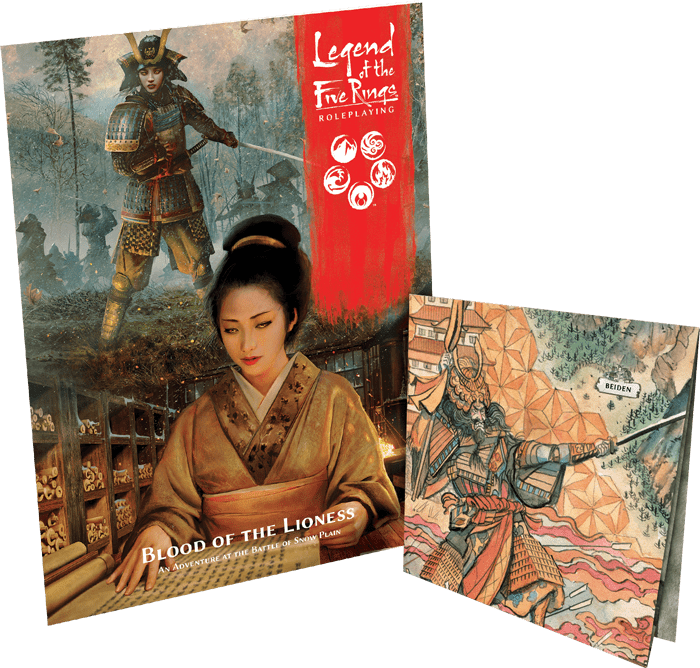 Blood of the Lioness
In order to resolve a dispute between the Scorpion Clan and the Unicorn Clan over ownership of a diamond mine, you and your companions have traveled to the Akodo War College at the Castle of the Swift Sword. Here, within the Lion Clan’s famed military library, you hope to discover the truth of what took place at the great Battle of Snow Plain in the year 820. Your investigation must be swift but thorough, and the information you gather could quell the tensions between two Great Clans—or start a war.

In Blood of the Lioness, you and your fellow samurai have been tasked with mediating a conflict between the Scorpion and Unicorn Clans. A diamond mine rests within Unicorn territory, but the Scorpion Clan claims that the rights to the mine were promised to them after aiding the Unicorn in the historic Battle of Snow Plain. If the truth exists anywhere, it exists at the Akodo War College, where commanders-in-training study military tactics and history alongside rank-and-file soldiers and the mysterious Kitsu shugenja. However, what begins as a simple search through the library soon turns on its head, and the truth that you are searching for ends up being far, far more complicated than you imagined.

Just as with previous Legend of the Five Rings Roleplaying adventures, Blood of the Lioness is a full 32-page booklet that comes with a double-sided map and a wide array of punchboard tokens to help convey the twists and turns of your adventures and battles in Rokugan.

Whether you are recreating historic battles from the Empire’s past or launching a military campaign of your own creation, the Fields of Victory sourcebook and the Blood of the Lioness adventure have something to help add to your game. Stay tuned to Gaming Trend for all your tabletop news.