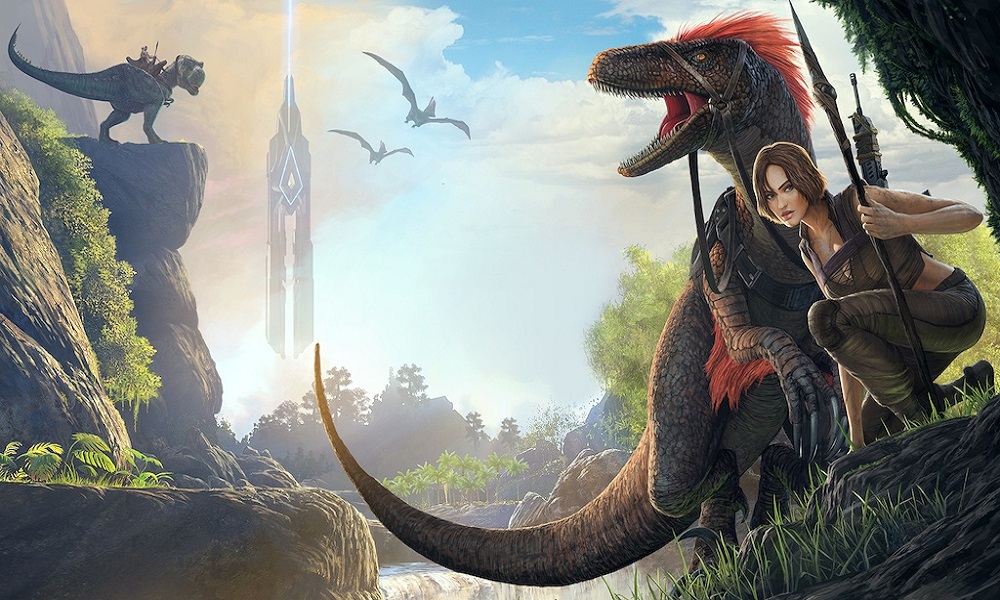 Studio Wildcard announced at GDC today that it will bring ARK: Survival Evolved to the Nintendo Switch this fall. The open-world survival adventure will include all the features of the original release, with the added capability of taking the game on the go thanks to the console.

Prepare for the ultimate dinosaur-themed adventure! Stranded on a mysterious prehistoric island, you must explore its vast biomes as you begin to hunt, harvest, craft tools, grow crops and build shelters to survive. Use cunning and skill to kill, tame, breed, and even ride Dinosaurs and other primitive beasts living on The ARK. Advance your technology from primitive stone tools to T-Rex-mounted laser cannons, as you team up with hundreds of players online or enjoy a solo Jurassic experience.

“The Switch’s handheld mode provides a fantastic new capability for survivors who want to fully immerse themselves in the vast worlds of ARK,” said Jeremy Stieglitz, Studio Wildcard’s Lead Designer, Lead Programmer, Development Director, and Co-Creative Director. “With this new version, Switch players can go directly from hunting and taming while sitting on the couch, to forming online tribes and searching out new conquests when on the bus, waiting in line, or wherever they happen to be.”

ARK: Survival Evolved on Switch includes the complete contents and features of the original game; from the massive and mysterious ARK island, to the more than 100 prehistoric- and fantasy-inspired creatures such as the T-Rex, Giganotosaurus, Rock Drake and Reaper. Hundreds of hours of exploring, crafting, survival and combat await players as they go it alone, or group up with thousands of other Survivors to explore the island and solve the mysteries of the ARK.

If you want to catch up on more ARK coverage, read Sean’s review of the original release, and stay tuned for more news here on Gaming Trend.