EVE Online is welcoming Doctor Who into their universe with their first ever collaboration, EVE Online x Doctor Who. This crossover will bring the iconic Doctor Who into the free-to-play world of EVE Online on January 13th and will run through February 1st, 2022. You can check out the announcement trailer above and read below for more info:

REYKJAVÍK – January 4, 2022 – CCP Games and BBC Studios have joined forces for EVE Online x Doctor Who, an original crossover event between the beloved action-adventure series Doctor Who and the free-to-play deep space-faring MMO EVE Online. Universes will collide as Capsuleers and Whovians face the Daleks together in massive space battles in EVE Online x Doctor Who starting 13 January until 1 February.

EVE Online is a free-to-play, community-driven spaceship MMO game where players can choose their own path among the stars from countless options, developed by CCP Games in Reykjavik. The game first launched in 2003 and has since gained recognition for its scale, complexity, and the world record-breaking exploits of its online community. EVE Online is one of the most critically acclaimed MMORPG intellectual properties (IPs) in time and space, and one of the most extensive works of science fiction in the world.

“2022 will be off to an (inter)stellar start with EVE Online x Doctor Who,” said Bergur Finnbogason, EVE Online’s Creative Director. “We are always pushing the boundaries of what is possible in EVE Online. Collaborating with BBC Studios gives us the opportunity to pay homage to an iconic series that has inspired us at CCP. We hope you’ll join us in New Eden on January 13 to see what happens when galaxies collide!”

“EVE Online x Doctor Who not only brings two iconic universes together, but also the passionate Whovians with the just-as-passionate pilots of New Eden,” said Kevin Jorge, Senior Producer at BBC Studios, “By bringing the fanbases together, the already massive battles of EVE Online are sure to become even more explosive. Only time will tell if New Eden’s fiercest pilots have what it takes to challenge the might of the Daleks.” 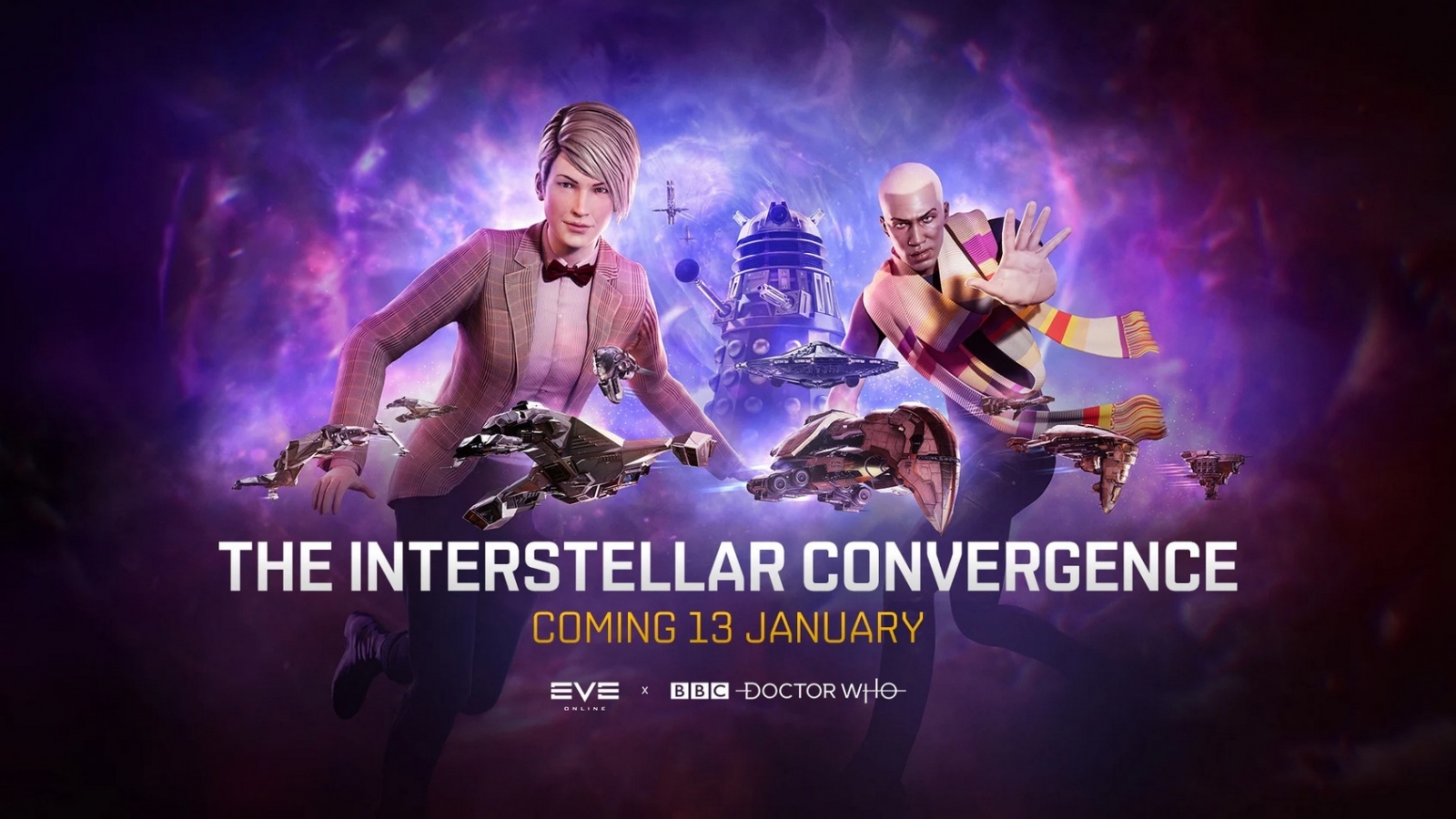 EVE Online x Doctor Who introduces new, Gallifrey-themed space where players will search for artifacts from Doctor Who’s Great Time War. The artifacts will provide players with clues to track down the infamous Daleks and face them in an interstellar battle of the ages. Players who survive the fight will reap unique rewards that they can take back to New Eden. Additionally, a login campaign with skill points and Doctor Who-themed items will be available to all players throughout the duration of the event.

EVE Online x Doctor Who is the first major collaboration for the spaceship MMO, reaching a new milestone in CCP’s journey to expand New Eden’s horizons and welcome fresh players into its storied universe. EVE Online has seen incredible growth over the course of 18 years, reaching more than 24 million active users in 2021. CCP recently overhauled EVE’s new player experience, making it a perfect time for rookie pilots to start their journey in EVE Online.

EVE Online can be downloaded for free by visiting www.eveonline.com. For all the latest information about the game, please visit EVE News.