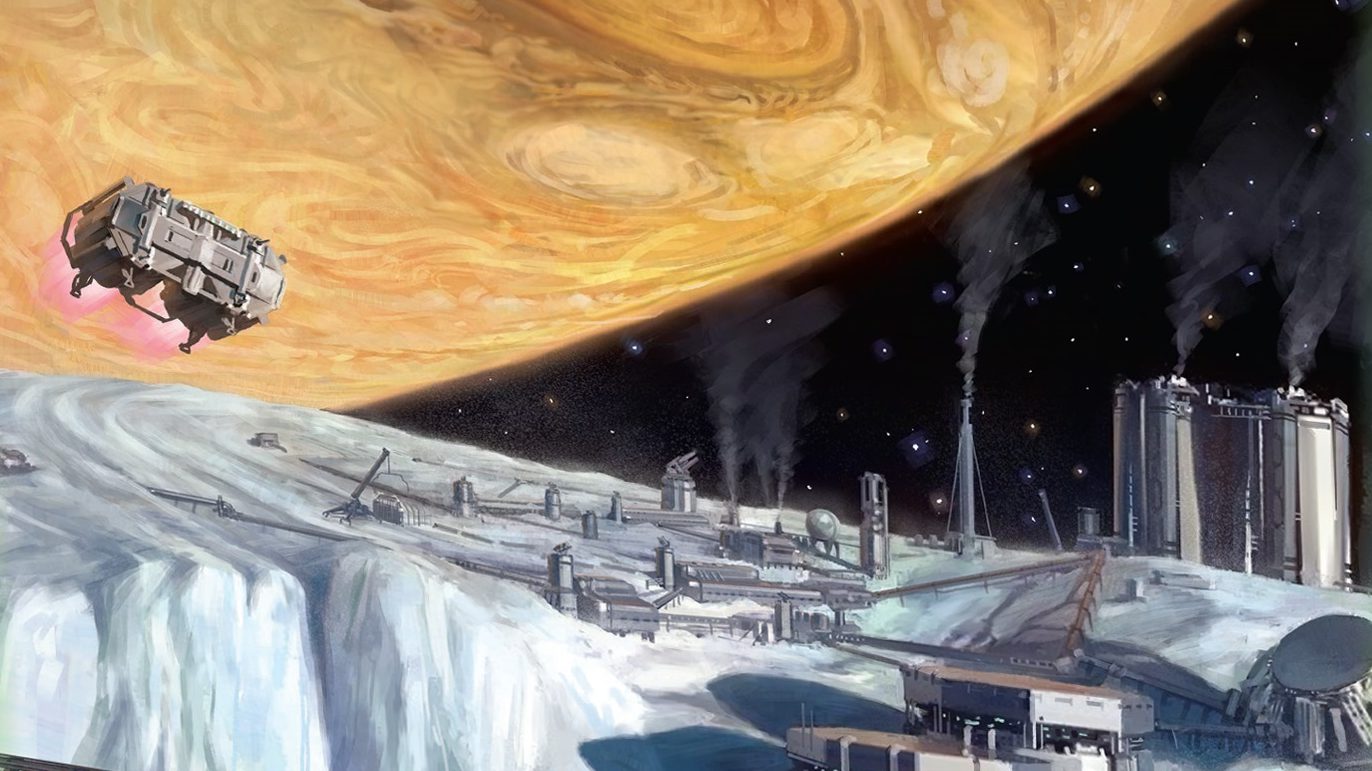 Today, WizKids announced Europa Base Alpha, a board game where players compete against each other to build the best base on Europa, the smallest of Jupiter’s Galilean moons. During the game, players focus on building their own base while attempting to thwart their opponents plans of building a better base.

Each round, players will simultaneously play a base card facedown, flipping all of them over at the same time. Then, starting with the player who has been selected to go first, players may play one or more cards from their hand next to another player’s base card. These cards, called Undermining Cards, will make it more difficult for that player to build their base. After each player has either played an Undermining Card or passed, players will roll their dice and try to use the result to successfully build their base. One of the symbols on the dice, the star, acts as a wild symbol, and may be used to represent any other symbol. These dice must be used and may not be rerolled. Each star used during a round grants a Cut Corner token, which will negatively affect that player’s score. Cards may also be played to assist in this effort. If a player fails to build their base, the base card is discarded.

Out of the box, Europa Base Alpha will come with 32 dice, tokens, 92 cards, 4 player boards, and a rulebook. It can be played with 2-4 players and will have a game time of 45 minutes. The player with the most points at the end of the game is victorious.

Europa Base Alpha will be released later this year. For more information, visit its page on the WizKids website.