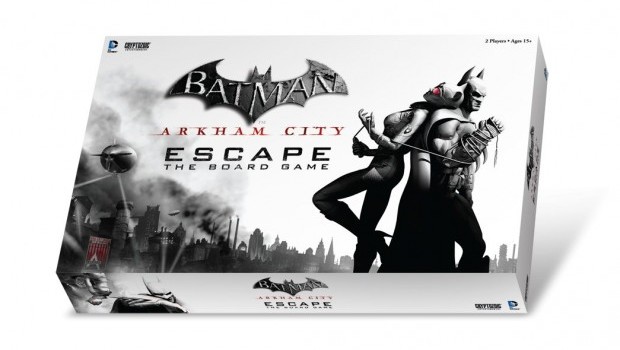 Play as Batman or Gotham’s most notorious criminals in the fight to flee Arkham City with the Batman: Arkham City Escape Board Game, the all-new two-player board game from Cryptozoic Entertainmant!

Based on the amazing storyline of the award-winning videogame series developed by Rocksteady Studios and published by Warner Bros. Interactive Entertainment, this two-player game will pit Batman against all of his greatest foes, from The Joker and Harley Quinn to Poison Ivy and The Riddler, as they try to escape Arkham City. Batman: Arkham City Escape features one player as Batman and another controlling twenty of the Dark Knight’s most vile enemies in a battle of strategy and combat, as Batman attempts to stop the villains from escaping captivity.

Sounds like it captures the spirit of the video game.  I wouldn’t be surprised if we see this game in many outlets due to the popularity of Batman in general.  Be on the lookout for it now.