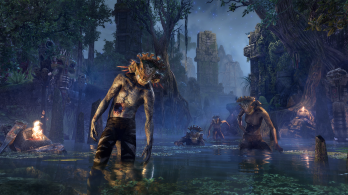 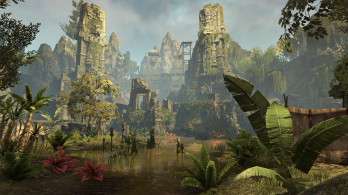 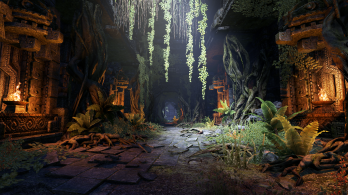 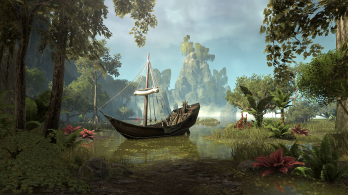 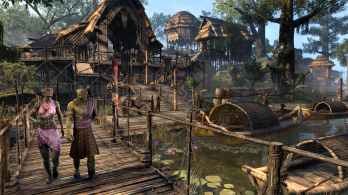 Elder Scrolls Online players may have just set foot in Summerset, but Bethesda is already teasing upcoming content for the popular MMO. Details were scarce, but fans can expect more details on the Wolfhunter dungeon pack and Murkmire story expansion soon.

So far, we know that the Wolfhunter pack will focus on werewolves and the Daedric Prince Hircine, the creator of lycanthropy. Wolfhunter’s two dungeons, titled Moon Hunter Keep and March of Sacrifices, will offer new item sets and masks, among other treasures, for players who can best their new bosses.

The more substantial update will come with Murkmire, which takes players to the Argonian homeland of Black Marsh. Even less has been revealed about Murkmire than Wolfhunter, but screenshots seem to suggest that the Black Marsh is dealing with an infestation of Voodoo-tinged zombies.

Murkmire is ESO’s next zone and story content expansion, and it will take you deep into the home of the Argonians. There, you will win the trust of reclusive tribes, delve deep into crumbling xanmeer ruins and hack your way through the savage wilds of Black Marsh to discover one of the Hist’s greatest secrets.