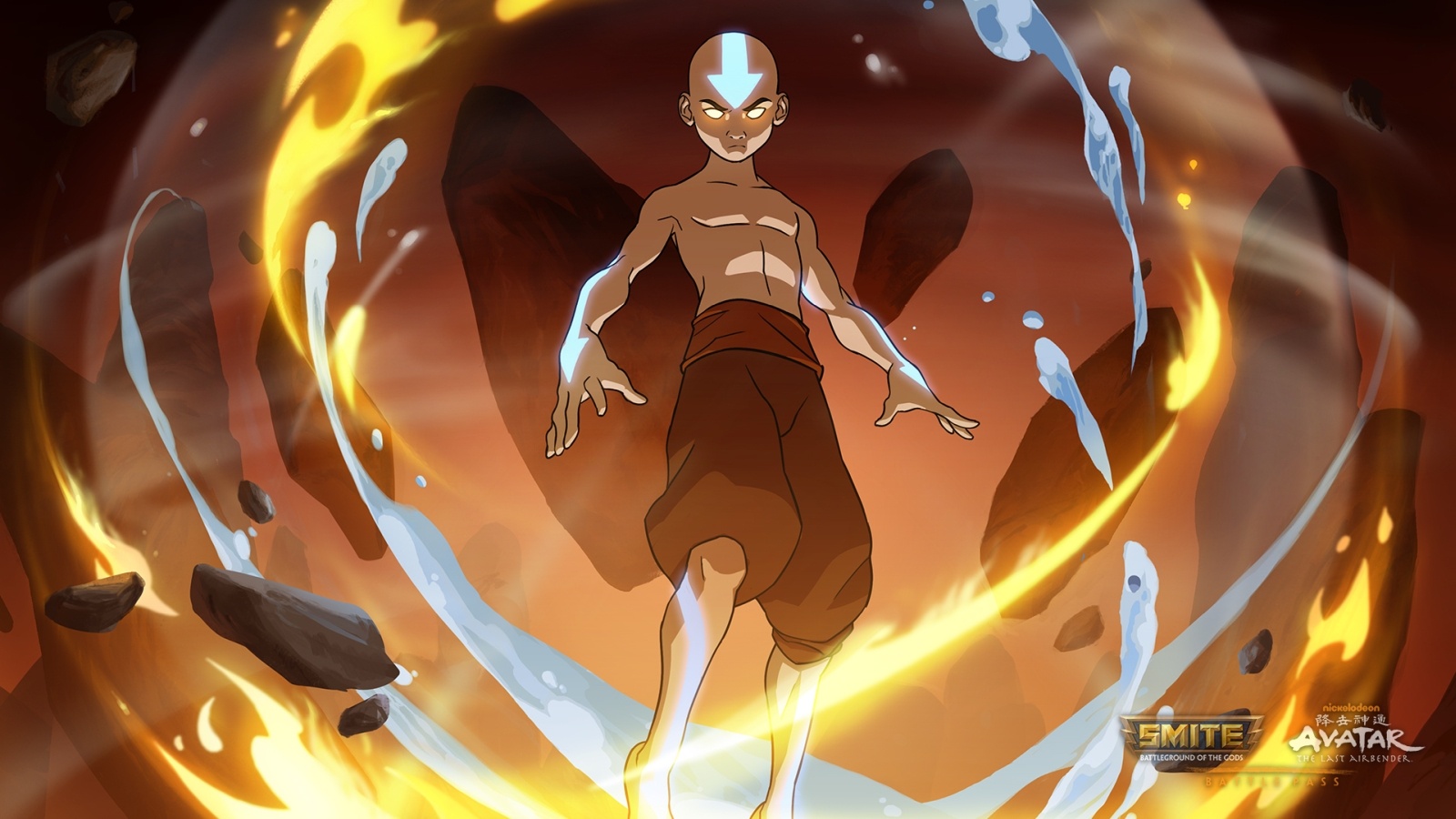 Tuesday, July 14th Hi-Rez Studios released patch 7.7 for their popular third-person MOBA Smite, and with it came a TON of changes and content. The highly anticipated new battle pass featuring Nickelodeon’s Avatar the Last Airbender was included, featuring six fun new skins and a slew of other Avatar-themed items such as loading frames, announcer packs, jump stamps, ward skins, and more! Scroll through the gallery below to see all six skins. 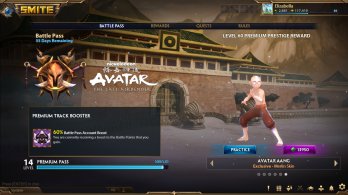 Aang in the new Avatar the Last Airbender battle pass in Smite’s 7.7 patch 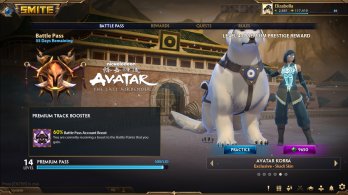 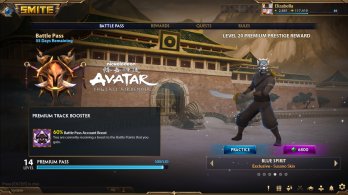 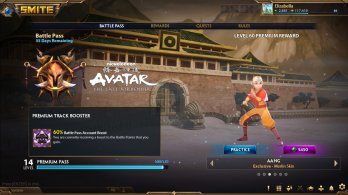 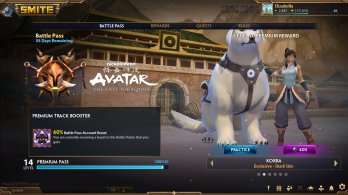 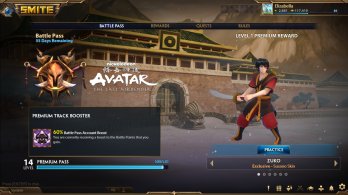 The slippery mage Merlin was turned into Aang, Susano is Suko, and Skadi with her loyal companion Kaldr have been transformed into Korra and Naga. Each character has two versions of their skin, though the second versions can only be obtained in the Prestige path after completing the 60 Premium levels. The battle pass costs 750 Smite Gems, and you have 56 days to complete it. 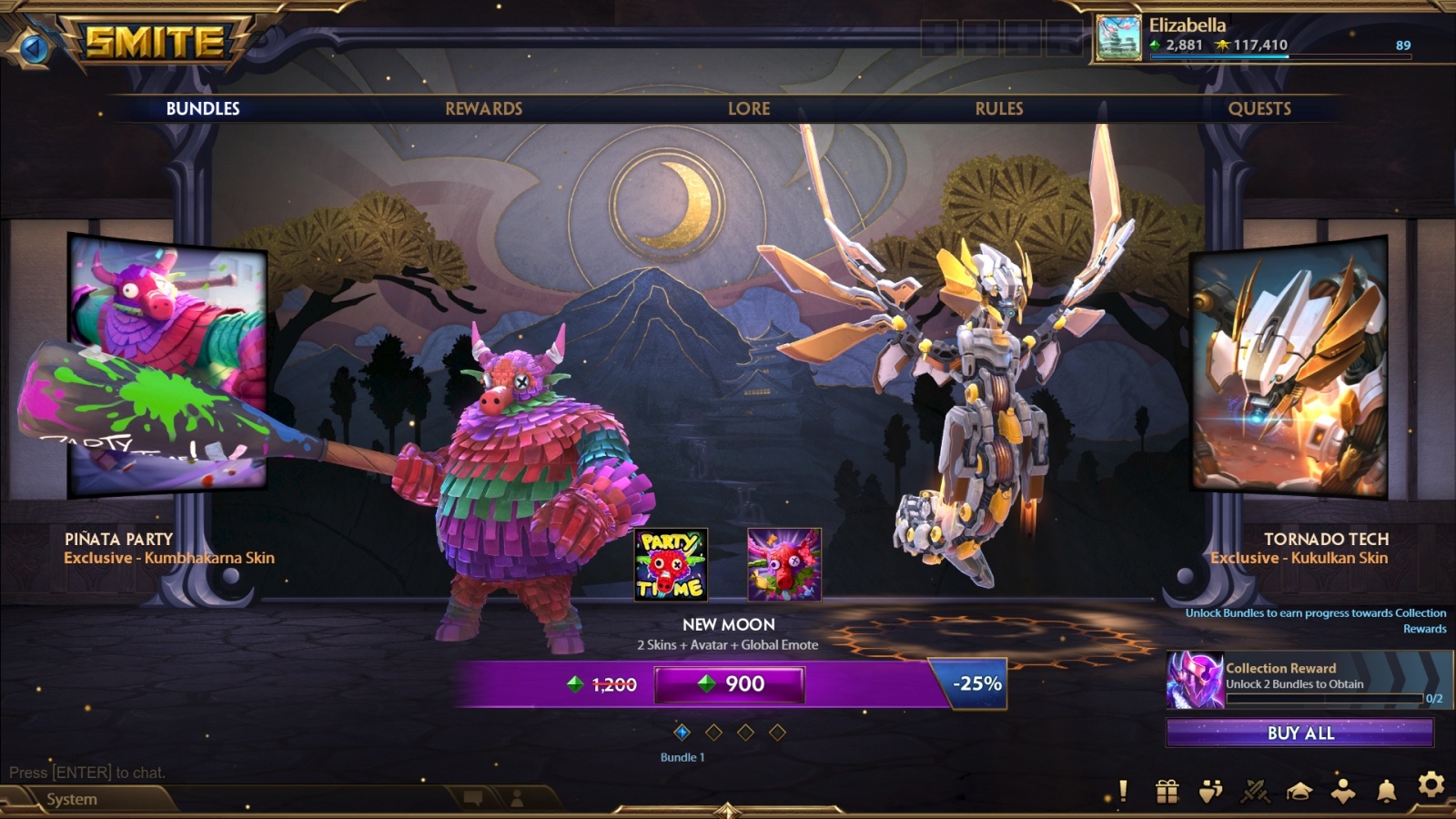 Skins from the New Moon event in Smite

Unlocking two bundles in the New Moon event will get you a new Xbalanque skin, and the final reward will be an Unlimited Yemoja skin. 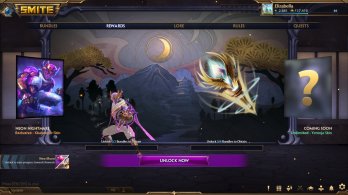 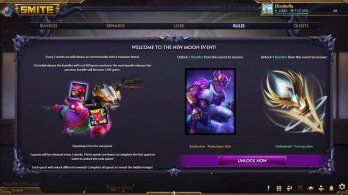 Patch 7.7 also brought a bunch of changes, with one of the biggest being to the items for physical penetration and healing reduction. Physical penetration now has a cap of 40%, and as a result some popular items have been reworked. They’ve also added a few new items to choose from.

In this Mid-Season Update we are making a similar change to Physical Penetration as we did to Magic Penetration at the start of the Season. These changes were received positively by players, and allowed for more balance control by the design team.

The changes for Physical Pen have similar goals as Magical did: We hope to create more build variety, smoother power curves, and make tankier gods more impactful in the late game.

We are achieving these goals through a similar strategy. Physical Penetration will be capped at 40%, and will be distributed across a variety of items instead of being located solely on Titan’s Bane.

Jungle Monsters in Conquest have also been changed, they will now attack anyone who gets close to them.

Before we go into each specific Jungle camp, we need to understand their base behaviors. Currently Jungle monsters just sit still until attacked, but this will no longer be the case. For the rest of the Season there will now be “Aggressive” monsters who will immediately chase down and attack any god who enters their leash radius. This can have a big impact on how you aim your abilities to clear camps, and it can also heavily affect pathing choices. The Gold Fury and Fire Giant areas are especially more dangerous now, as are the camps on the Duo side of the map.

Last but not least, Ares the mighty God of war has gotten a visual rework. He looks so much better now! 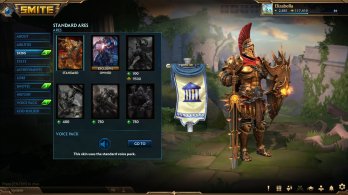 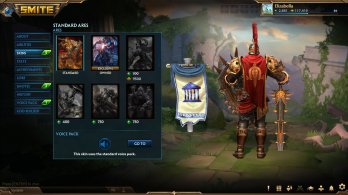 There is a lot to unpack with this patch, but I couldn’t be more excited about the new battle pass and long overdue changes to physical items. You can read the full patch notes here: Smite 7.7 Patch Notes