A shocking but sweet surprise to all you Vita owners out there: Today, Flying Oak Games and Dead Villagers announced that they will release ScourgeBringer for PlayStation 4 and PlayStation Vita on April 22, with a limited physical run coming in the near future.

ScourgeBringer is a fast-paced rogue-platformer ScourgeBringer that was released on Steam, Nintendo Switch and PC to critical acclaim in late 2020. It aims to channel the mystery and rawness of an early rogue-platformer, with fluid control, aerial combat, pixel graphics and a punchy soundtrack. The story follows hero Kyhra, who is sent away to uncover the secrets of an Eldritch monolith which is threatening to destroy her world. Armed with her trusty combat drone, she must shoot and slash her way through the infinite depths of an ever-changing dungeon, where gigantic bosses, ancient machines, strange ghosts and untold secrets from previous explorers await. There is no backtracking, as the game’s structure follows a procedural combination of pre-built challenge rooms, not unlike the Binding of Isaac. 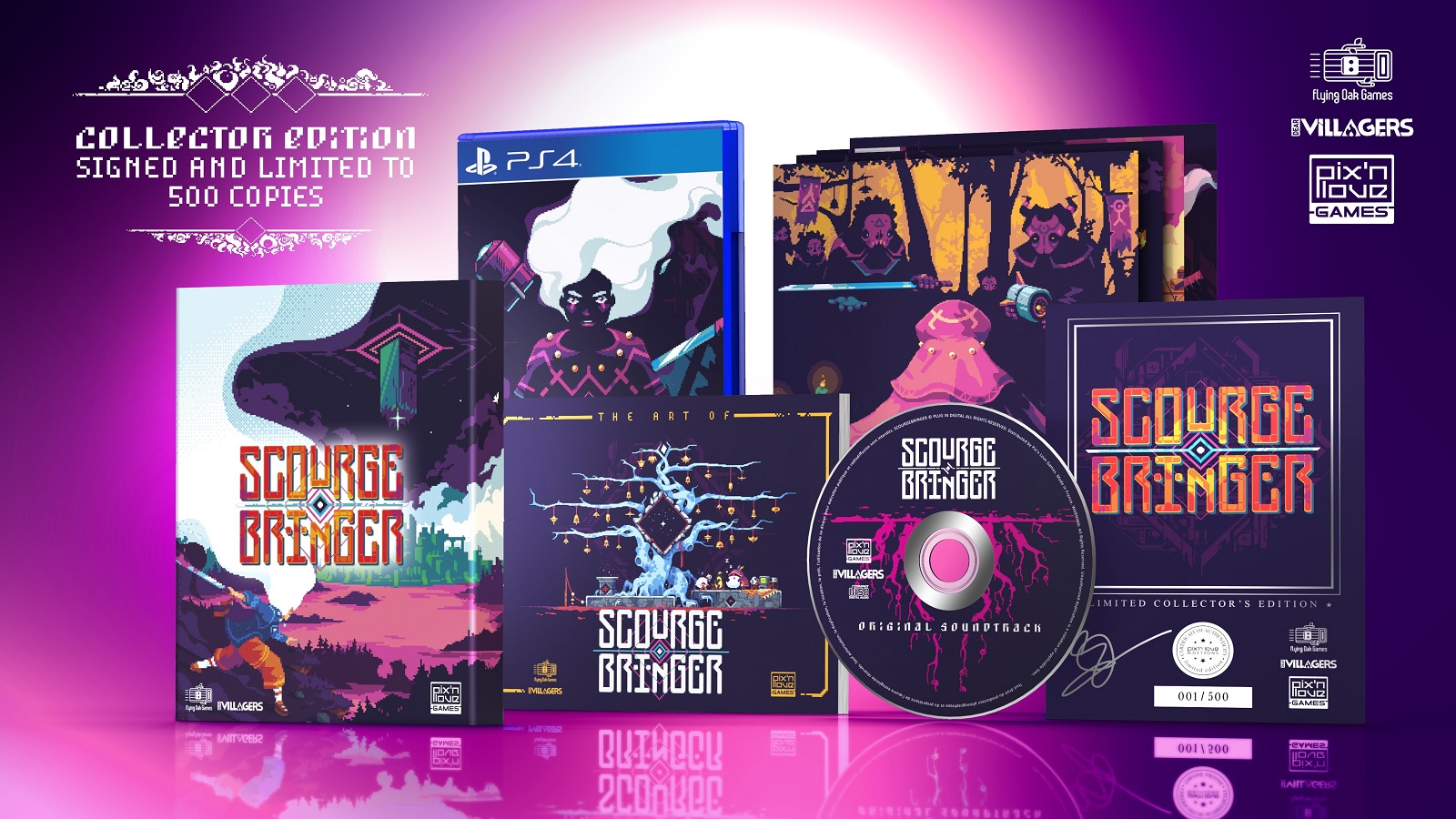