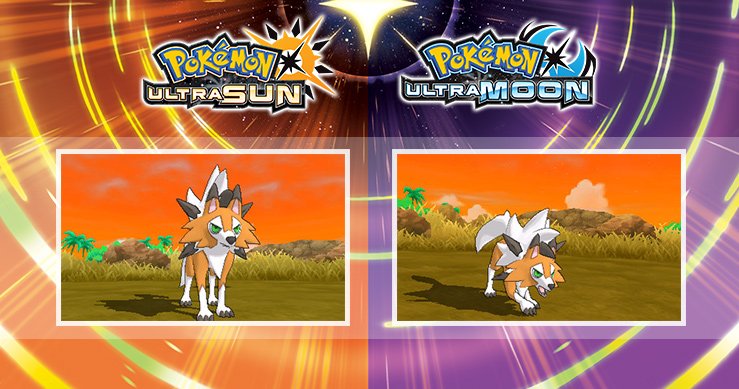 Lycanroc, the Pokemon that received version-exclusive forms depending on if you played Pokemon Sun or Pokemon Moon, will be receiving a new form in Ultra Sun and Moon: Dusk form. Surprisingly, this form appears to be available in both versions this time.

This confirms that Ultra Sun and Ultra Moon will be receiving new forms of non-Legendary Pokemon, as Solgaleo and Lunala already appeared to be fused with Necrozma in the initial trailer. The Pokemon company has not yet revealed how Dusk form Lycanroc is obtained, but it won’t be from “ordinary methods.”

Pokemon Ultra Sun and Pokemon Ultra Moon will be released on the Nintendo 3DS later this year on November 17th.