Earlier this week, Digital Crafter announced that its fighting game Fight of Animals will be heading to the Nintendo Switch on April 9, with a pre-order discount for those who purchase it now. The game will also include new DLC characters like the recently released Egg Dog and Slender Cat as the 1v1 fights continue.

The game of the Memes Animal has released now!

Come and have a great time!

Animals are adorable, we love them. It is shameful to let animals fighting each other in the REAL WORLD in anyway. We do not encourage any actions that harms or abuses any creatures on the planet. This game was simply for entertaining purposes, there are no animals injured or killed in the game. 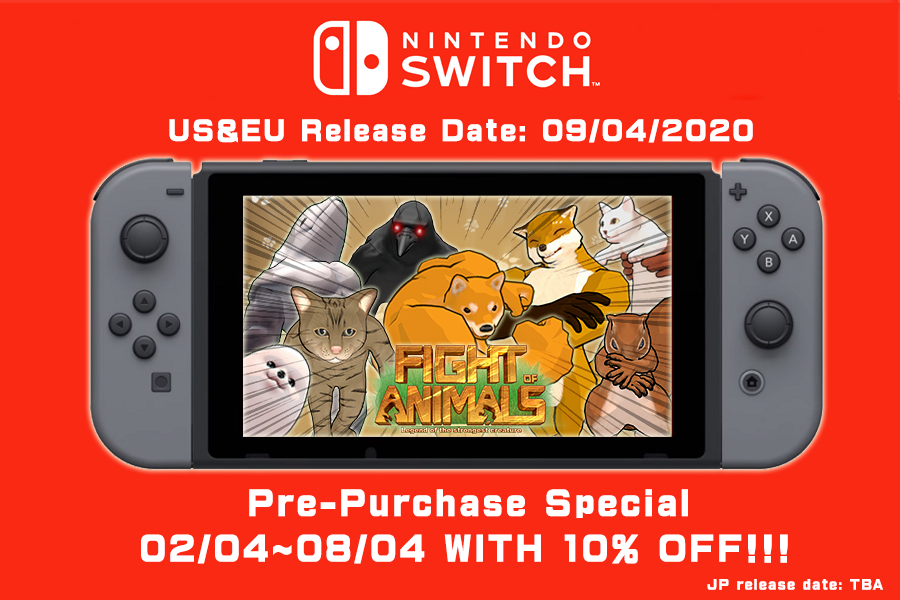 Check out the PC release trailer above, and stay tuned for more news here on Gaming Trend.