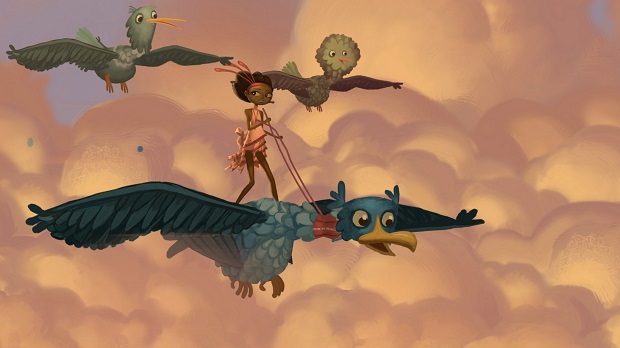 Double Fine has confirmed that Broken Age is nearing its break even point.

News of this comes from the final episode of the Double Fine Adventure documentary where studio founder Tim Schafer talked about Broken Age’s extended budget after the game’s Kickstarter turned out to be only around half of what was needed to develop the point-and-click adventure game.

My expectation with Broken Age in the end was just to break even,” Schafer said. “With Kickstarter, the risk is gone of losing money on it, so you know you’ve broken even if you just make the game to that amount of money. But we made it [for], like, twice as much almost as we got in. Or more. So we will just about make that back.”

Schafer went on to talk about how he felt about crowdsourcing now that Broken Age is done, saying it has helped the studio feel like it has more options outside of publishers.

The biggest change is that we don’t need the publishers anymore 100 percent. It used to be there was no money in the world outside of publishers,” Schafer said, adding, “So now when we’re talking to a publisher, the deals are better. We’re asking for less money, but we’re also not entirely dependent on them to make payroll next week. We’re not like, ‘Please, we’ll sign anything, we just got to make payroll. OK, you get to kick us in the teeth once a month and all this stuff.’ Now we only have to take good deals with people we like.”

Broken Age was released in two parts that were released a year apart. While the game originally began on PC, it was ported over to PlayStation 4 and PlayStation Vita when the second act launched earlier this year. For more on Broken Age, check out our review of the full game.