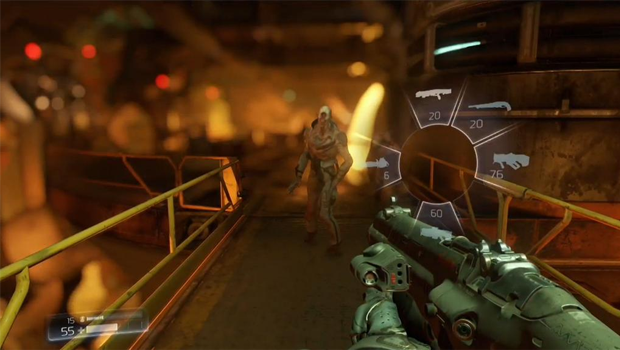 At Bethesda’s press conference at E3 2015, Marty Scott announced to be released on Spring 2016 on PC, PS4, and Xbox One.

The gameplay trailer shown at E3 featured double jumping, countless demons, and brutal melee takedowns — including a cartoonishly gruesome chainsaw. DOOM will also feature a multiplayer that will take players from “the surface of Mars to the depths of hell” with multiple modes, including playable demons as well as Snapmap, which will allow players to easily build mods to share online.