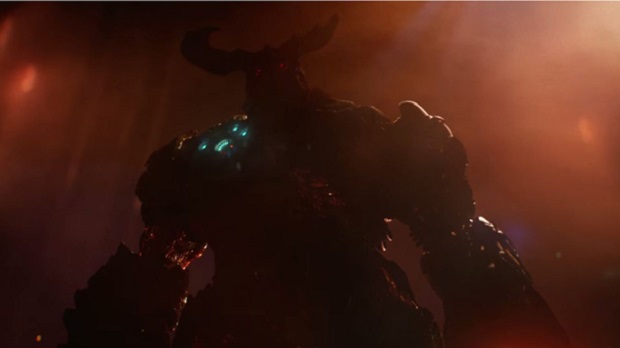 The return of the Doom franchise was recently shown off at QuakeCon. However, it appears if you weren’t there to see the demonstration, you won’t get a chance to see Doom’s reboot in action anytime soon.

In an interview with PC Gamer, Bethesda Softworks VP of PR and Marketing Pete Hines revealed that the demo wasn’t made public because the game isn’t ready for a “formal announcement” yet.

“I try really, really hard for this to be a dev first, dev-lead thing,” said Hines, and id Software isn’t ready for a worldwide reveal of Doom. “We’re working with them to say, ‘How does this work? What do we want to show?’ And they’re like, ‘Look, we don’t want a stream to go up for a game that isn’t at the point where we would formally show it to the world, and now that thing is getting picked apart, and digested, and gone through frame-by-frame and getting nitpicked to death, when normally we wouldn’t be showing this to anybody at all.’”

When asked why id Software bothered to show Doom in any state that wasn’t going to go public, Hines said that it was to fight against doubts heading in the direction of the game and id, which “bothered the hell” out of him.

“I really wanted to put something out there that, in a strong way, said, ‘id is working on something that we think is really cool,’” said Hines. “And we wanted … to show something to [id Software fans] that gives them the confidence that it is still a viable studio that’s doing really cool stuff, that is making a game you want to play, and is treating Doom with the care and respect that you want.

“And now we’re going to go away and go back to making the game, but to be able to counter other people talking about us and we’re sort of just sitting here staying silent, or operating from this negative space of like, ‘Oh, it got rebooted, oh it’s in trouble.’ All of that stuff just bothered the hell out of me.”

As for when fans will get to actually see Doom in action? Looks like 2015.

“Next year is normally when I think we would’ve started,” said Hines. After clarifying that plans could change, Hines went on to reiterate that 2015 is when we’re most likely to see Doom, saying that “[he doesn’t] think there’s any way [a change of plans] happens.”