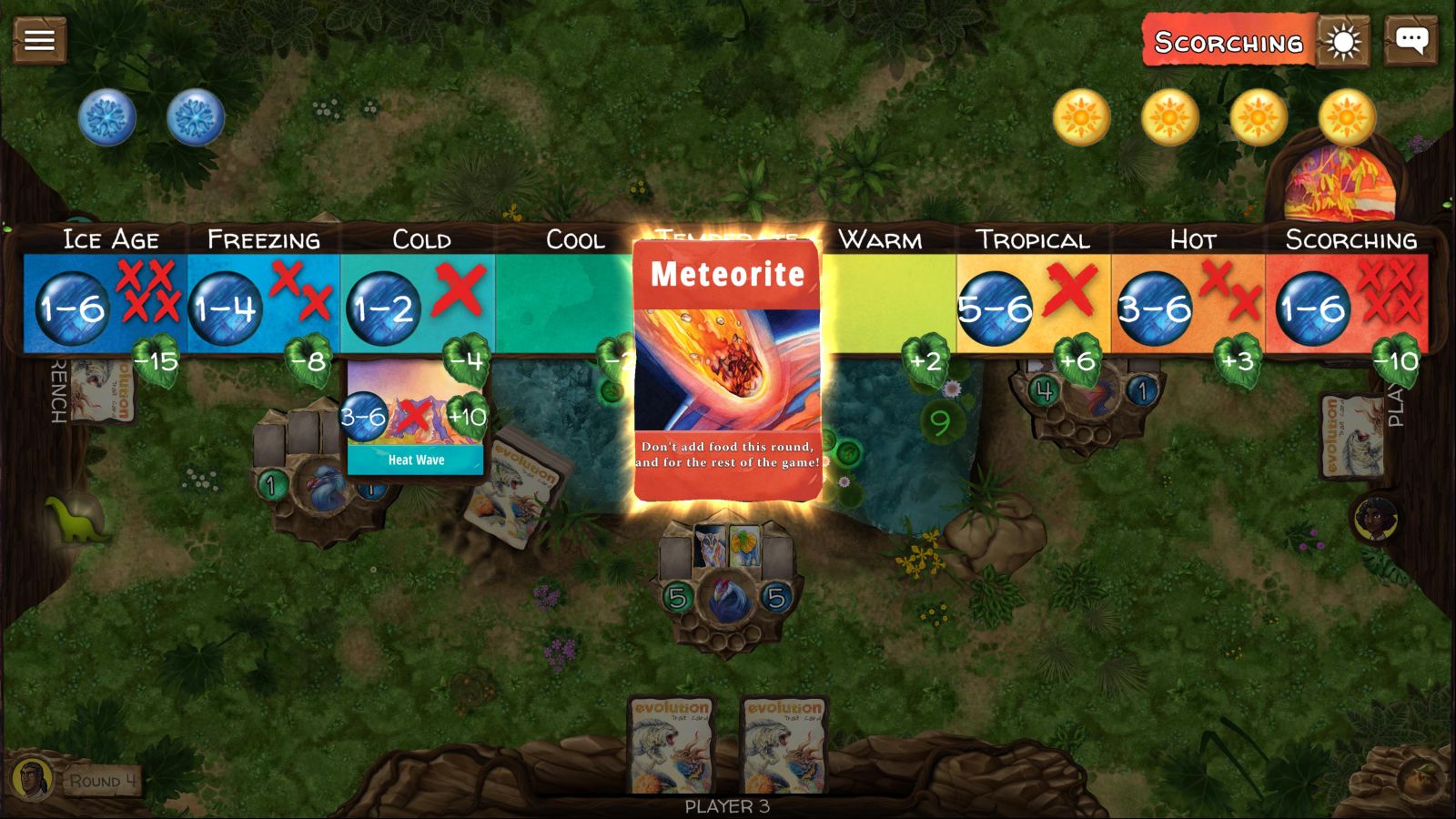 This version bundles the original Evolution Board Game with its newest Climate expansion. Check out the trailer below:

Based on the award-winning board game praised by players and tabletop critics alike, Climate ushers in a new era of strategy by introducing harsh weather conditions, Events, and the Climate Track to Evolution, impacting creatures in numerous ways. With temperature variations ranging from Scorching Hot to Ice Ages, influence the Climate Track to benefit your species and catch opponents unprepared.
New Traits tailored around survival in extreme heat and frigid temperatures give species a chance to thrive in Climate’s newly demanding weather conditions. Boost food availability, grant defensive bonuses against fearsome predators, and more, all while weathering dramatic—and potentially catastrophic—weather events like Meteorites, Wildfires, and more.
Every card in Climate is hand-painted in North Star Digital’s gorgeous watercolor style, offering a visually striking, strategically rich expansion for making creatures of near-limitless variety to the base Evolution experience.
“Climate is all about adapting to change in a difficult world,” said Scott Rencher, co-founder of North Star Digital Studios. “With the introduction of weather-based effects into the base Evolution experience, the possibilities for memorable, narrative driven stories of survival have never been greater.”
Key new features for Climate include:

Evolution: Climate features local and online multiplayer, and cross-play between the Switch and Steam versions. The bundle is available now for $24.99 on Switch and $19.99 on Steam. Or, get the Climate expansion standalone for $9.99 on each platform.

Check out our review of the physical version of Evolution: Climate here.