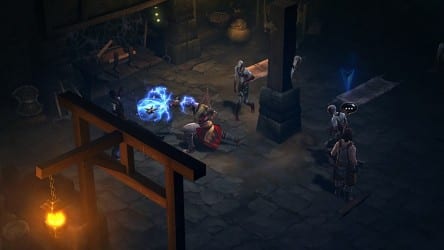 The release of Diablo III for PC and Mac is less than a month away, but if that’s still too long of a wait for you then you’re in luck: today marks the start of Diablo III’s Open Beta Weekend. The event will run from today until 10AM PDT on Monday, and is open to anyone with a valid Battle.net account. The goal is to have as many people playing as possible to stress test the servers. Beta players will be allowed to log in, team up with friends, and play all five classes as much as they please, up to level 13. Read on for more details.

What steps do I need to take?

I don’t have a Battle.net account — can I still play?

Absolutely! Just visit http://www.battle.net to create a free Battle.net account. Next, download the client from https://us.battle.net/account/download/index.xml and install it. Create your BattleTag, and then log in to the game using your Battle.net account name (email address) and password to begin slaughtering the demonic hellspawn that dare stand in your way.

Are there any differences for stress test participants versus invited closed beta testers?

Can all regions/countries participate?

Due to regional differences and features of the stress test client, Korean players will not be able to partake in the stress test weekend. However, beginning the week of April 23, we will be conducting a separate, invitation-only closed beta test that will give players in Korea a chance to try out the game, along with players in the regions of Taiwan, Hong Kong, and Macau.

Diablo III open beta gameplay will allow players to fight through the first act, up to their encounter with the Skeleton King. A variety of other in-game features will be available to try out, including crafting at the blacksmith, earning achievements, and buying and selling at the auction house. Three days is a relatively short time to test everything out, so if you’d like a shot at Diablo III before it hits stores on May 15th, head over to Battle.net to get started.