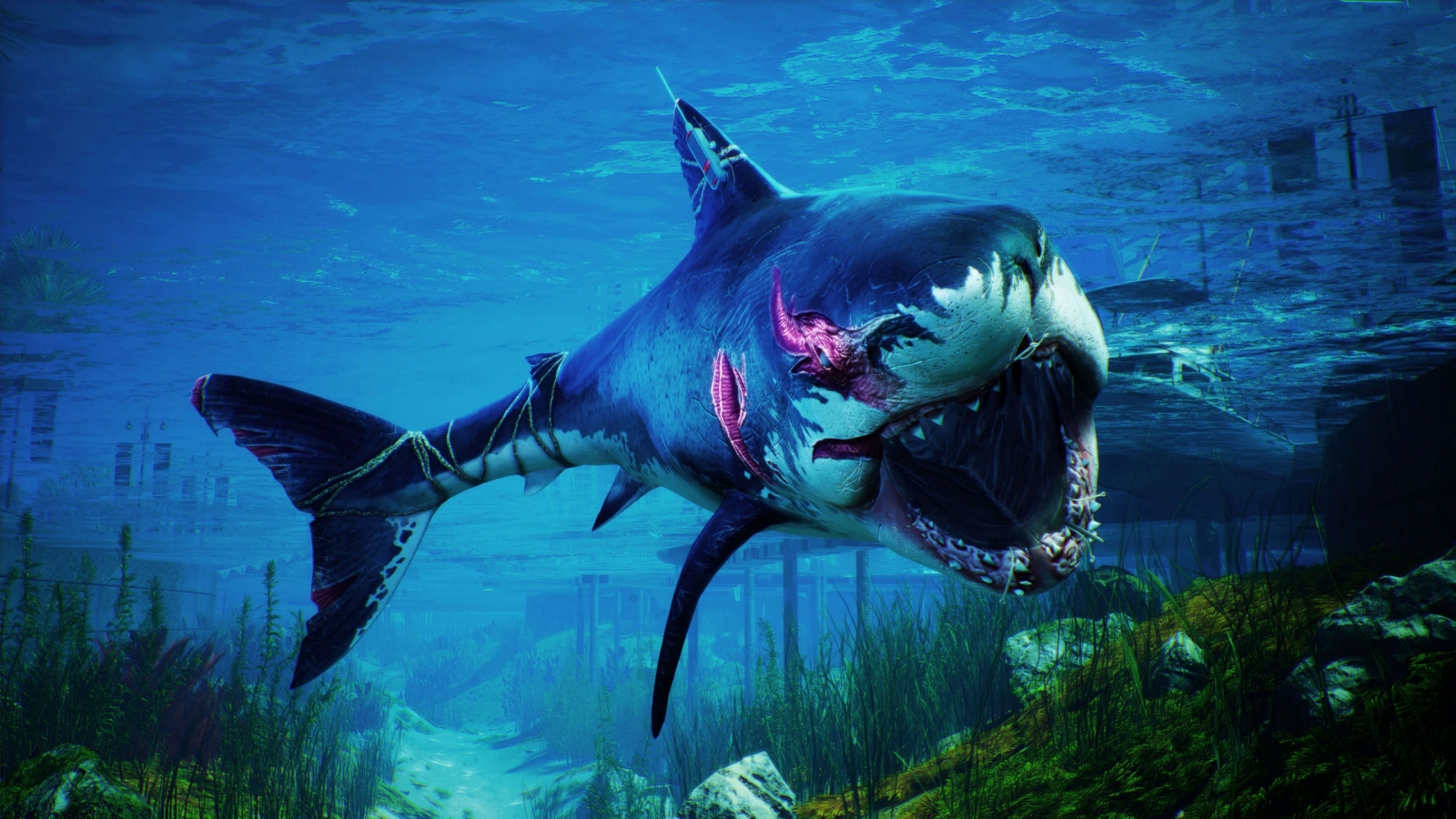 Maneater, the open ocean RPG in which players get to take the reins of a violent mutated shark dead set on enacting revenge on anything and everything that gets in its way, is heading to the Nintendo Switch and the Xbox Game Pass on both PC and Xbox One! Having a bad day? What better way of alleviating stress than taking the reins of a shark and eating everybody on the beach that is trying to have a good time.

The wait is over! Developer and publisher Tripwire Interactive are excited to announce that Maneater, the award-winning action-RPG where you play as a shark (aka shARkPG), is launching for new systems today. Out now for the first time on the Steam platform and available for purchase digitally and in stores for the Nintendo Switch™ from retail partner Deep Silver, Maneateris also available for Xbox Game Pass subscribers on both PC and Xbox consoles for six months starting today. Now, players can eat, explore, and evolve their way to the top of the food chain on all major gaming platforms.

Maneater is a single player, open-world action-RPG (ShARkPG) where YOU are the shark. Starting as a small bull shark pup you are tasked with surviving the harsh world while eating your way up the ecosystem. To do this, you will explore a large and varied open world encountering diverse enemies — both human and wildlife. Find the right resources and you can grow and evolve far beyond what nature intended, tailoring the shark to your play style. This is fortunate because getting revenge on the cruel fisherman that dismembered you will take evolving into a massive shark, an apex predator of legends. Eat. Explore. Evolve.

*Eat: Feed on humans, consume nutrients, and find rare shark loot to evolve past what nature intended.
*Explore the Gulf: Explore seven large regions, including bayous of the gulf coast, resort beaches, industrial docks, the open ocean and more. Experience a living world with a full day/night cycle.
*Evolve Into a Legend: Unlock and equip various Evolutions that improve and enhance your shark as you progress through the campaign.
*Unique Story: Play through a full narrative, story-based campaign narrated by Chris Parnell (Rick and Morty, Saturday Night Live, 30 Rock) and set against the backdrop of a reality TV show.
*Diverse, Compelling Combat: Battle fierce wildlife including other apex predators or fight against various types of human hunters ranging from town drunks all the way up to the Coast Guard.
*Includes the Tiger Shark Evolution:The Tiger Shark is often called the ‘garbage disposal of the sea.’ Appropriately enough, this evolution allows you to digest nearly anything, increasing your ability to gain vital nutrients from all varieties of prey.
*Includes Nintendo Switch™ Features: Maneater for the Nintendo Switch™ is the most portable version of the award-winning Action-RPG (aka shARkPG) to date! Playable in Docked, Tabletop, and Handheld mode, Maneateralso supports Rumble and Vibration on the Switch Pro Controller and Joy Cons as well as the Nintendo Online Save Backup system.

Maneater is out now on all major platforms, including PC (via Steam and Epic Games Store), Nintendo Switch, the PlayStation®4 and PlayStation®5 computer entertainment systems, Xbox One and Xbox Series X|S consoles and Xbox Game Pass with an MSRP of $39.99 / €39.99 / £34.99 — and ESRB rating of M for Mature, PEGI 18 rating, and USK 16 rating. Steam users can also take advantage of a 15% discount at launch. For more details on Maneater, please visit the official website – and follow the developers at Tripwire Interactive on Twitter, Facebook, YouTube, Twitch.tv, and Instagram. 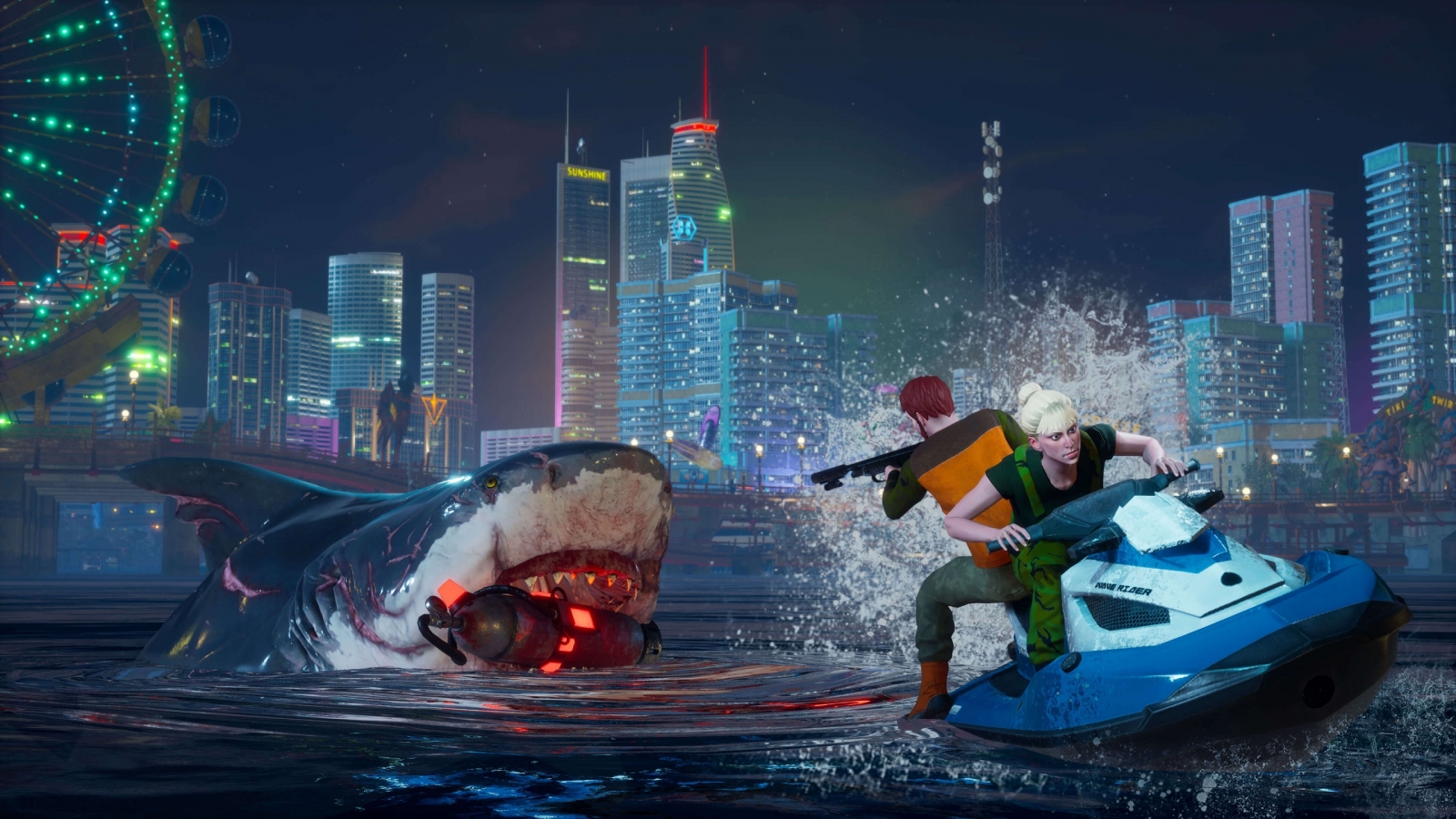 Stay tuned to Gaming Trend for more info on Maneater as it is released!