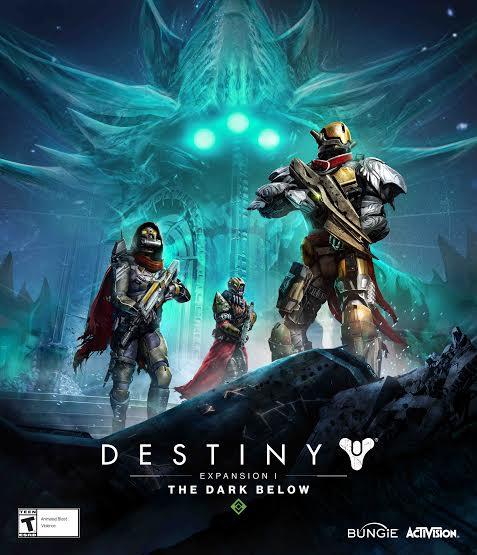 Bungie has announced a release date and concrete details on the upcoming Destiny expansion The Dark Below.

The Dark Below will launch on all platforms on December 9th. The DLC will cost $19.99, but PlayStation players will get a timed exclusive co-op Strike called The Undying Mind for the same price.

“Destiny was created as a living universe, which has allowed us to improve the experience post launch in real-time,” says Bungie’s Harold Ryan in a statement. “It also gives us insight into the things players are looking for in new content. We’ve seen from feedback that people want new activities, gear and weapons, and of course the immensely popular Raid. The community helps shape our development decisions and that’s really important to us.”

• New weapons, armor, and gear to earn, including Legendary and Exotic items
• Light Level cap raised to 32 and five additional Bounty slots added
• New story quests and missions–after years hiding amongst the Hive shadows, a new character, Eris, has come forth bearing an ominous warning: The Hive seek to summon a god, Crota, to destroy the Earth. Find Eris in the Tower to take on special quests that include three new missions where you will increase your Light and earn new rewards
• New cooperative Strike, The Will of Crota, pits you and your Fireteam against Omnigul as she works to expand the Hive army at the command of her master, Crota
• Three new competitive multiplayer arenas
• Pantheon–set deep within the Black Garden in an ancient Vex temple that features Vex-designed landscapes and tight corridors
• Skyshock–an old interplanetary defense array that offers both vehicle and infantry engagements
• The Cauldron–an abandoned Hive ritual site that offers close-quarter combat
• New six-player Raid, Crota’s End, set deep within the depths of the Hellmouth
• PlayStation platforms will also get access to an exclusive cooperative Strike, The Undying Mind, and more (timed exclusive until at least Fall 2015)